An unreleased Prince album is set to be released in July.

Following the reissue of Prince's 'The Versace Experience (PRELUDE 2 GOLD)', 'Chaos and Disorder' and 'Emancipation' via Sony Legacy in 2019, and the release of his 1986 single 'Cosmic Day', the late artist's estate have now announced that an unreleased Prince album, recorded in 2010, will be released via Legacy Recordings.

'Welcome 2 America', which is slated for the release on the 30th July, will be released as a 2xLP deluxe edition — including a 32-page book — and features a number of tracks previously played live by the Purple One. The deluxe edition also features a Blu-Ray of Prince’s full April 28th 2011 performance at the Forum, part of the Welcome 2 America Tour’s historic 21 Nite Stand in Los Angeles.

A description on the Prince website reads: "Recorded in the spring of 2010 and then mysteriously archived by Prince before its release, the statement album 'Welcome 2 America' documents Prince’s concerns, hopes, and visions for a shifting society, presciently foreshadowing an era of political division, disinformation, and a renewed fight for racial justice.

You can pre-order the release via the official Prince website. 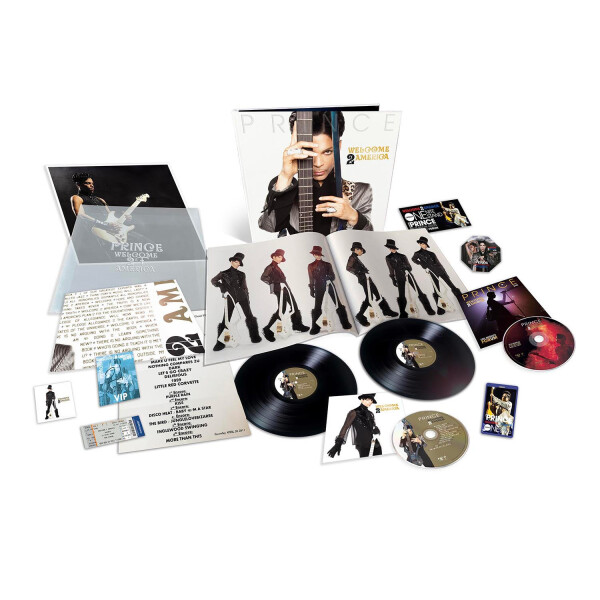 In March, it was announced that Prince fans will be invited to attend a fifth anniversary memorial event at his Paisley Park home this month.