Tiesto, Zedd and Kaskade set to headline benefit concert for victims of the Las Vegas shooting

In the wake of America's worst mass shooting in U.S. history, some of EDM's biggest names will be throwing a benefit concert at OMNIA nightclub at Caesars Palace on 7th November to raise money for the victims' fund.

A number of EDM's biggest names regularly play in Vegas and almost immediately threw their considerable weight behind victims' fund, donating several hundred thousand dollars in the days after the shooting.

Since then the likes of Tiesto, Zedd, Kaskade, Steve Aoki and more have organised a benefit concert which will be taking place on 7th November with the help of the Hakkasan group.

“We are all still feeling shock and sadness following last week’s attack, and of course the victims, their families and all of those impacted are at the forefront of our thoughts,” Hakkasan Group CEO Nick McCabe said in a statement.

“With this event, we hope that our company, partners and friends can not only give back to the community, but also show that we’re united, and stand together in the face of this tragedy.”

All proceeds will be donated to the Las Vegas Victims' fund via the Direct Impact Fund, a non-profit that will take no fees or operating costs from the funds raised.

“Las Vegas has become like a home to me,” added Tiësto, who answered Diplo's call for donations and has since donated $200,000 of his own money to the cause.

“It’s an incredible city filled with great people and after last week’s tragedy, I immediately wanted to help in supporting the victims, their families, and the amazing first responders. In addition to direct donations that I have pledged, it was also extremely important to me that I perform to raise as much as possible."

Tickets for the event can be purchased here. 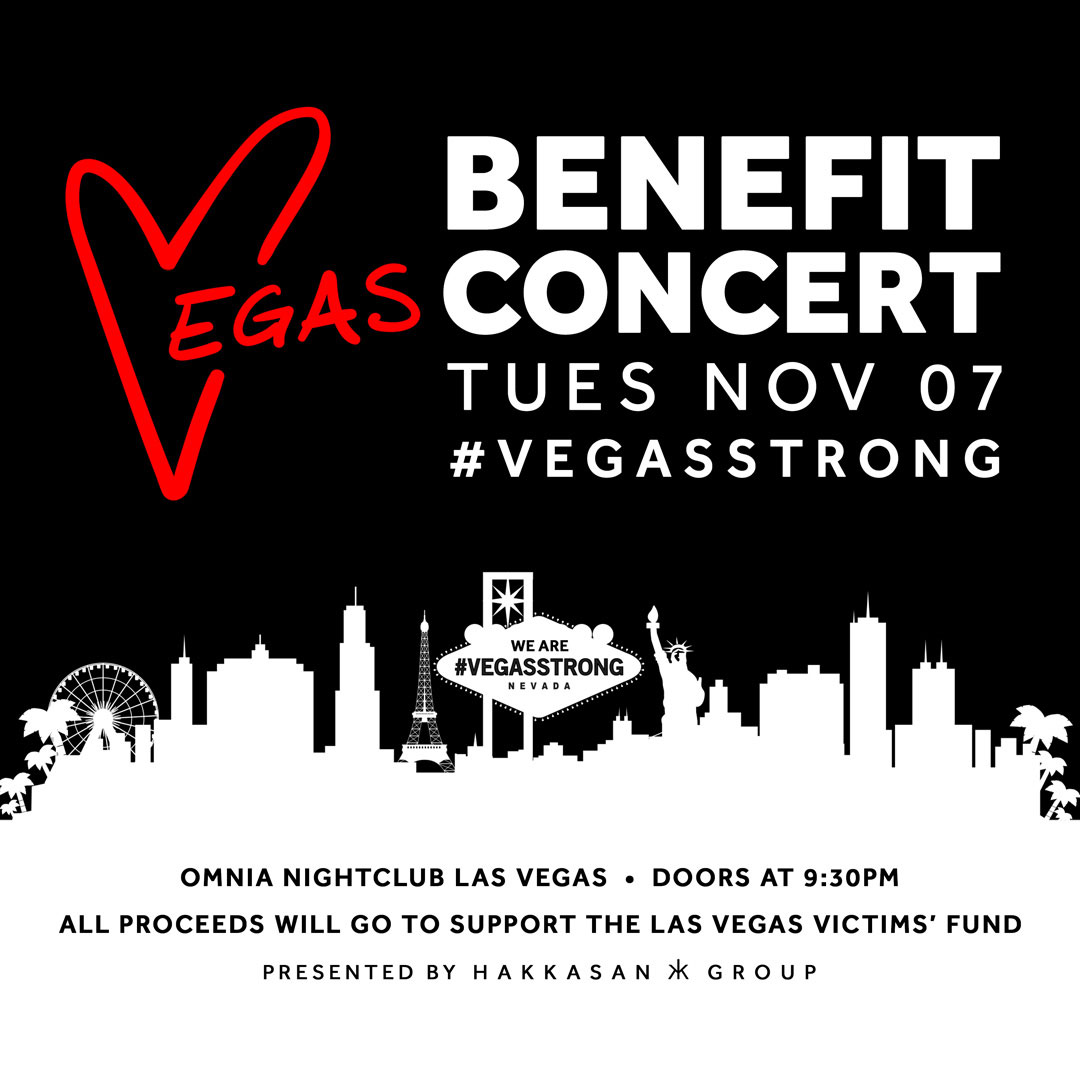