These are the Top UK club events in June 2019 | DJMagAdmin.com Skip to main content

These are the Top UK club events in June 2019

Half the country might be heading to a field this month, and half the country’s cities are hosting weekenders. But that doesn’t mean the top UK events in June 2019 don’t involve clubs, too.

Oxford sees Goodness’ Day & Night confirm a line-up to die for. Running Back boss Gerd Janson, alt-techno head Laurel Halo and Hessle-affiliate Joe are heading to the Isis Farmhouse on the banks of the Thames.

Edinburgh has a new party collaboration between Sneaky Pete’s Heaters and Rinse FM. Our pick from the dates is immersive techno from Object Blue, here making her Scottish debut with support from one-to-watch Jess Cohen (Texture).

Off The Cuff have a daytime party in Birmingham with Chaos In The CBD,  where Mama Roux also welcomes former-Boards of Canada head CHRIST, Suicide Circus regular and Arkada boss Errorbeauty, ADJ b2b quadruple DMC champion Mr. Switch, and Warp Records’ Plaid. The latter are affiliates of benchmark-setting Sheffield techno outfit The Black Dog, who are in town too, at The Blue Orange.

All of which just leaves those festivals. Junction 2 returns to London, while Field Day gets a new home in the capital, the UK’s biggest warehouse venue and a 3AM license. Up north, Leeds’ Inner City Electronic hopes to build on the success of its first year. Liverpool, meanwhile, gets the ever-excellent Baltic Weekender.

None of which is forgetting Gottwood— the lakeside institution turns ten years young in 2019 so expect even better vibes and messes than ever. Oh, and something called Glastonbury— read about the 60-metre pier installation, and check out the line-ups for Arcadia's latest production and the legendary Block9 if you're not excited enough already. 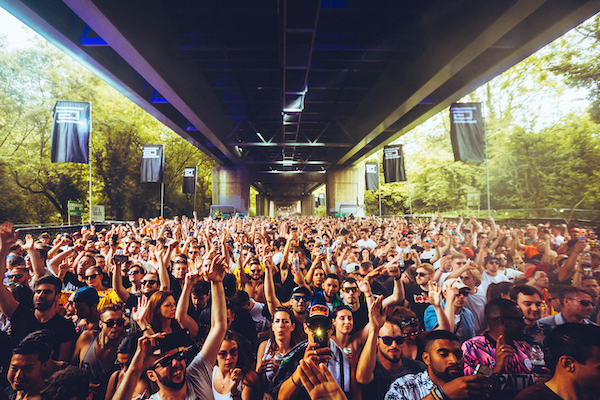 1. JUNCTION 2 FESTIVAL 2019
FRIDAY 7TH & SATURDAY 8TH JUNE
BOSTON MANOR PARK, LONDON
One hell of a heavy offering, Junction 2 returns to one of the best city fest locations we know of, with now-iconic underpass The Bridge and secluded spot The Woods two particularly prized assets. Fabric, Phonica, Drumcode and legendary Amsterdam crew VBX are amongst the stage hosts for the two days, and we’re also knocking about with Loco Dice, Apollonia, tINI, Lauren Lo Sung and Gene On Earth in the SONUS area.

Highlights elsewhere are almost guaranteed to include Call Super b2b Shanti Celeste and Umfang b2b Volvox— pairings that make as much sense as buying a ticket to see them. Having said that, you could do far worse than check into Daniel Avery, Ricardo Villalobos, Craig Richards, Mr G, Peach, Batu, rRoxymore, Sonja Moonear b2b Nicolas Lutz or Imogen while in the neighbourhood. In fact, it would be downright rude not to.
12PM - 10PM / £52.50 (Friday), £59.50 (Saturday) 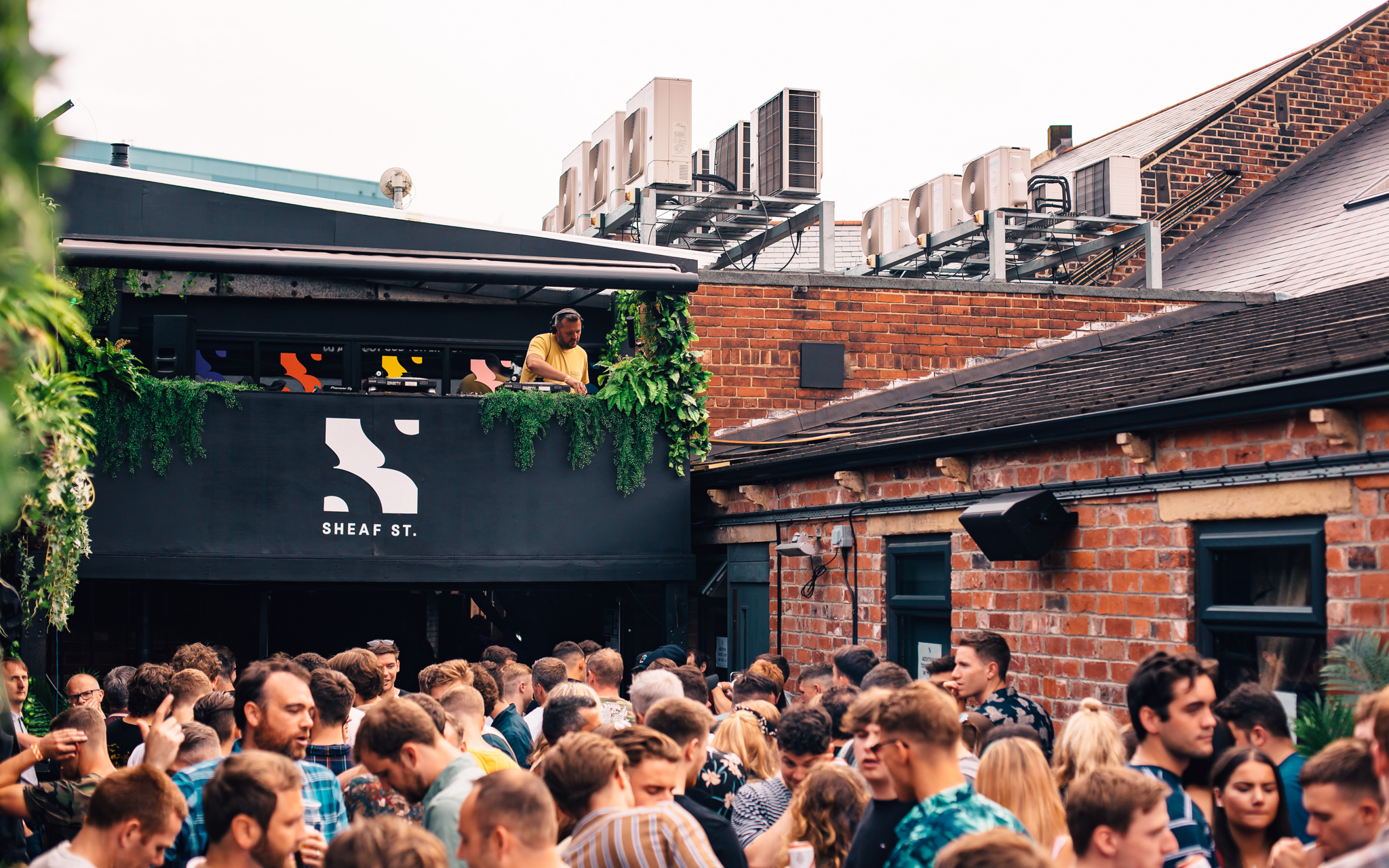 1. INNER CITY ELECTRONIC
SATURDAY 1ST JUNE
VARIOUS VENUES, LEEDS
Only born last year, in its debut edition city-wide session ICE impressed everyone who attended, hitting the nail on the head for organisation, programming and venues. We were there and can attest to the lack of queues, ease of navigation and consistent choice of quality on offer.

Stepping things up a gear, this instalment runs 24 hours, with workshops and talks offering a break from the sweat. Nina Kraviz, Motor City Drum Ensemble, Nightmares On Wax, Ben UFO, DJ Stingray, Mor Elian, Moxie and Octave One give an idea as to the big hitters involved. But, in case you haven’t noticed, please don’t miss Carl Finlow live (better known to many as Silicone Scally or Random Factor), warm tech type Kepler, genre-ignoring Manchester multinational Afrodeutsche, and DJ-cum-jazz-soul-vocalist Sarah Garvey. And that list could go on much longer.
10PM - 10AM / £42.50 - £44 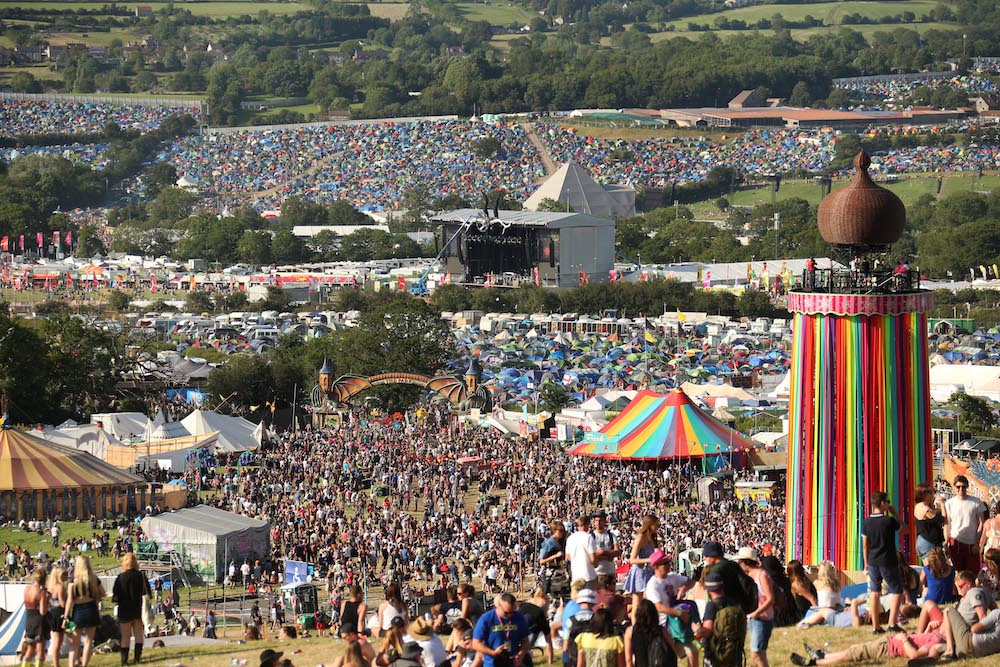 1. GLASTONBURY FESTIVAL 2019
WEDNESDAY 26TH JUNE - MONDAY 1ST JULY
WORTHY FARM, SOMERSET
With fallow year done, and pre-requisite offerings given to Mother Nature, we can all go to the most famous festival on Earth again. Bigger than half the towns in the UK, they’re building a 60-metre pier for 2019’s edition, dubbed ‘Glastonbury On Sea’ by founder Michael Eavis, while dance hub Block9 is expanding to double the size it was two years ago.

You probably know the score by now, but, erring on the side of caution, an impossibly-long list of names have been drafted for the weekend, so our only advice is to find something you like and get stuck in. Tips include Hodge, Midland b2b Bruce, Paranoid London live, Sicaria Sound x L U C Y x Jossy Mitsu x Sherelle x Sir Spyro x Joker, the multi-faceted Swing Ting crew, Dan Shake and Lone with Kettama. However, that means forgetting The Chemical Brothers, Inner City, and most of the other acts. Point proven.
4PM - 3AM / SOLD OUT