The Social festival has revealed its second wave of artists for its fifth anniversary edition, which is set to take place on Friday 29th and Saturday 30th September.

Resistance and fabric will curate their own stages, with phase one acts such as Carl Cox, Sasha & Digweed, Cassy and The Martinez Brothers set to play.

The Social festival has started to branch out from its native England too, recently announcing its voyage to Latin America.

Check out The Social festival’s full line-up so far below. 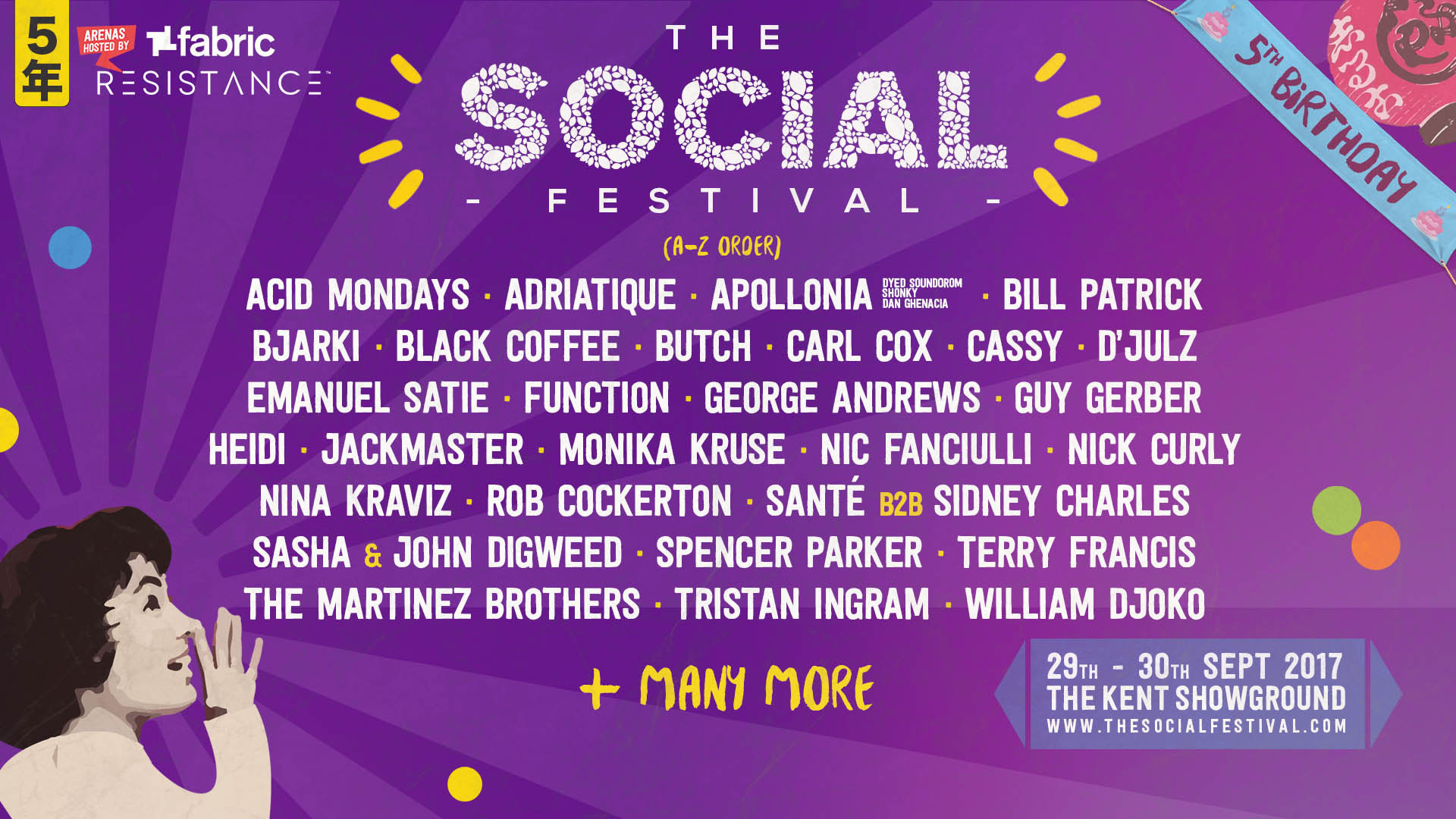 See the full line-up below and grab your tickets here.