Percolate has announced the first acts performing at this year's NYE event.

The London promoters, who hosted their debut Open Air festival back in 2017, will take over the city's 1,600-capacity E1 club for eleven hours on the 31st December, inviting a host of DJs and special acts to mark the end of 2021.

The event will start at 9PM on the 31st December and run until 8AM on the 1st January 2022. Tickets for the event can be purchased here. 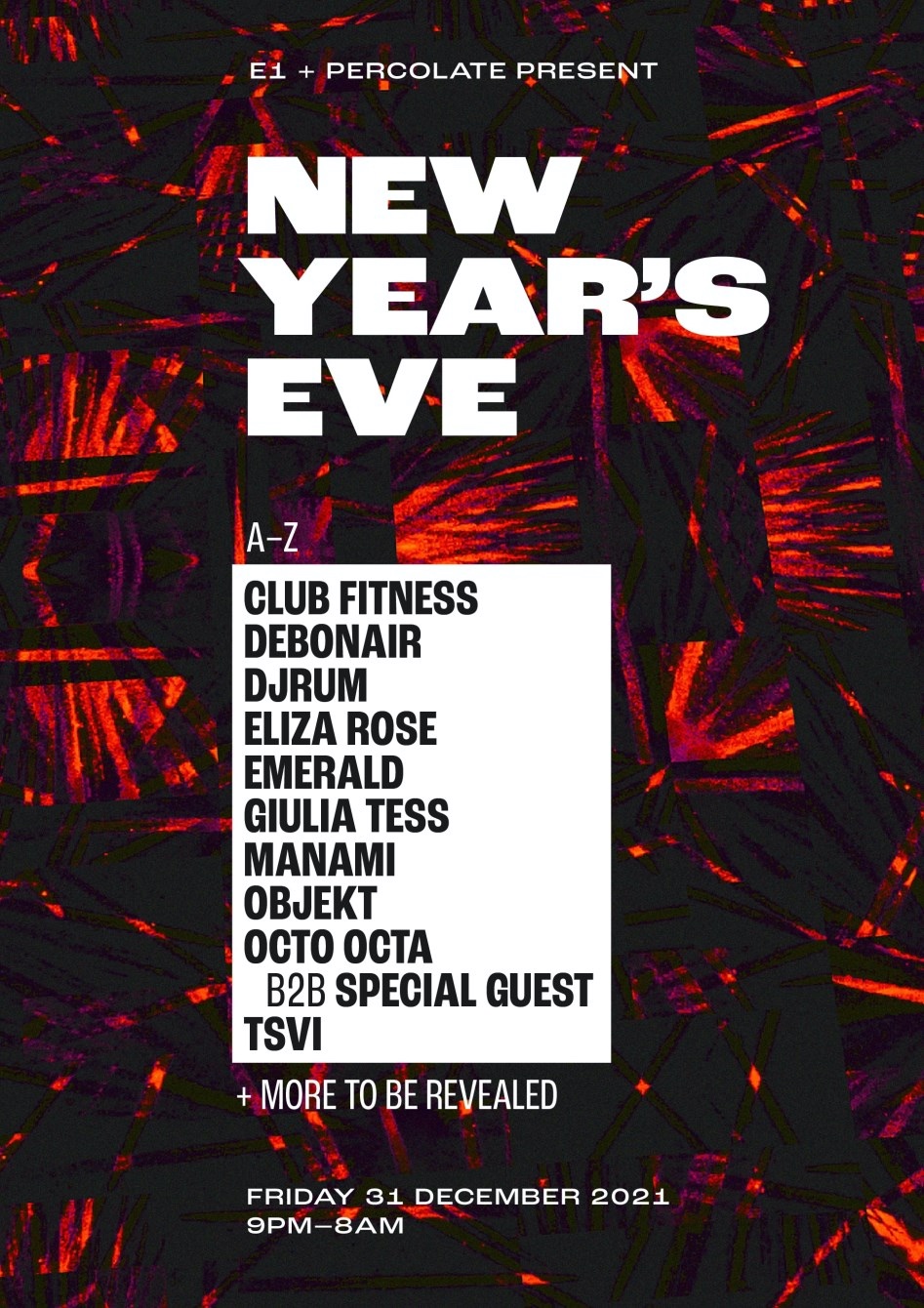