The online radio station's morning programming will now be split across three shows on each weekday, airing between 7am and 1pm GMT, with NTS regulars such as Anu, Shy One, Zakia, Flo Dill, Ruf Dug, John Gomez and Maria Somerville all joining to host various shows at different points of the morning on a rotational basis.

Following a well-received breakfast cover show in October, Scratcha DVA is also joining the station for a weekly morning show every Friday, airing between 11am and 1pm GMT.

You can get a full breakdown of NTS' new morning schedule via the image below.

The first major shake-up of its morning programming since the station launched in 2011, the new schedule follows the surprise end of Charlie Bones' Do!! You!!! Breakfast Show on the station in August.

In June, NTS put a call out for a number of genre specialists in a bid to more widely refresh its weekly programming.

NTS is among a number of stations highlighted in DJ Mag's March 2021 feature about how independent radio thrived during the COVID-19 pandemic, which you can revisit here. 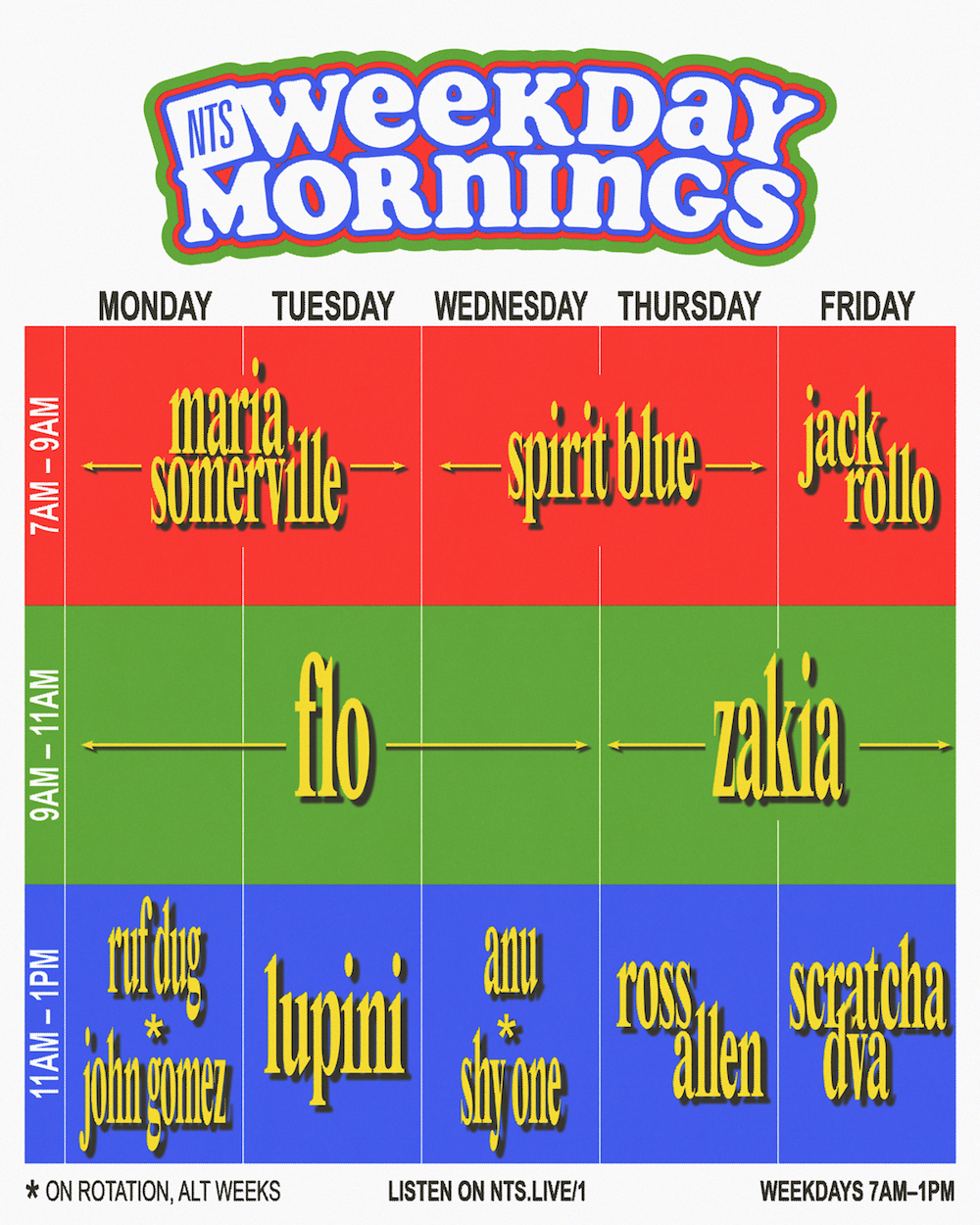