The first wave of acts to play at Human Traffic.Live has been revealed.

Tong, who was also the Musical Director for the original film, will headline the series’ Red Carpet Opening Party on 22nd May alongside Boys Own Productions, Farley & Heller, X-Press2, Alison Limerick (Live), DJ Aphrodite and Micky Finn.

Other parties throughout the series will include a party with the House & Garage Orchestra, a hip hop brunch and genre specific raves celebrating the sounds of big beat, drum & bass, garage and acid jazz.

“As the original music director of the film, I am delighted to return to the same role for the live experience,” said Pete Tong in an official statement. “This film has stood the test of time because all the emotions and feelings we have, that excitement before a night out, the tracks that keep us on the dance floor and then wanting to do it all again come the next weekend, it hasn’t changed.”

You can see the full list of parties announced so far as part of Human Traffic.Live, and get your tickets, here. 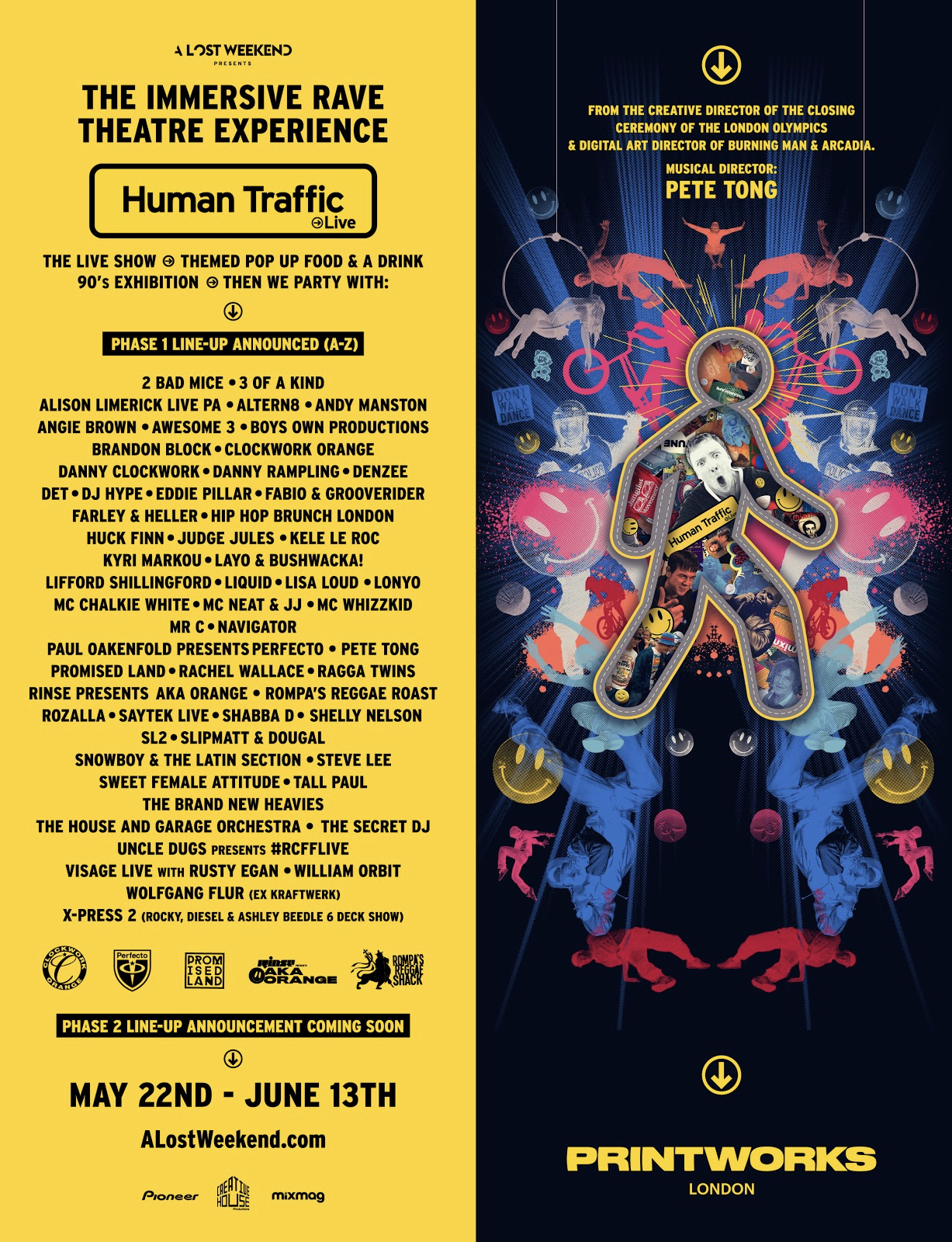