London-based collective Half Baked continue their 10th anniversary celebrations with a two-part event this November and December.

During 2019, Half Baked have hosted the likes of Raresh, Petre Inspirescu and Shonky across their '10 Years Of Love' parties, with the next instalment incoming on the 30th November at the Studio9294/Bar 90 complex in East London's Hackney Wick.

Part one will run from 10PM until 6AM, with Sonja Moonear returning to the capital to head up the event. Ambient techno master Move D will also perform, alongside two of minimal's most beloved DJs - Praslea and Dan Andrei. DJs Voigtmann and John Dimas will also play B2B as 'Voigtmas' at the event, with more sets from Half Baked residents Greg Brockmann and Robin Ordell, as well as Berlin's The Ghost.

Following the first party, which also features an unannounced special guest, Half Baked part two will continue from 7AM on the 1st December. Venue and line-up are yet to be announced, but you can check out the event info below.

Purchase tickets for part one and part two. 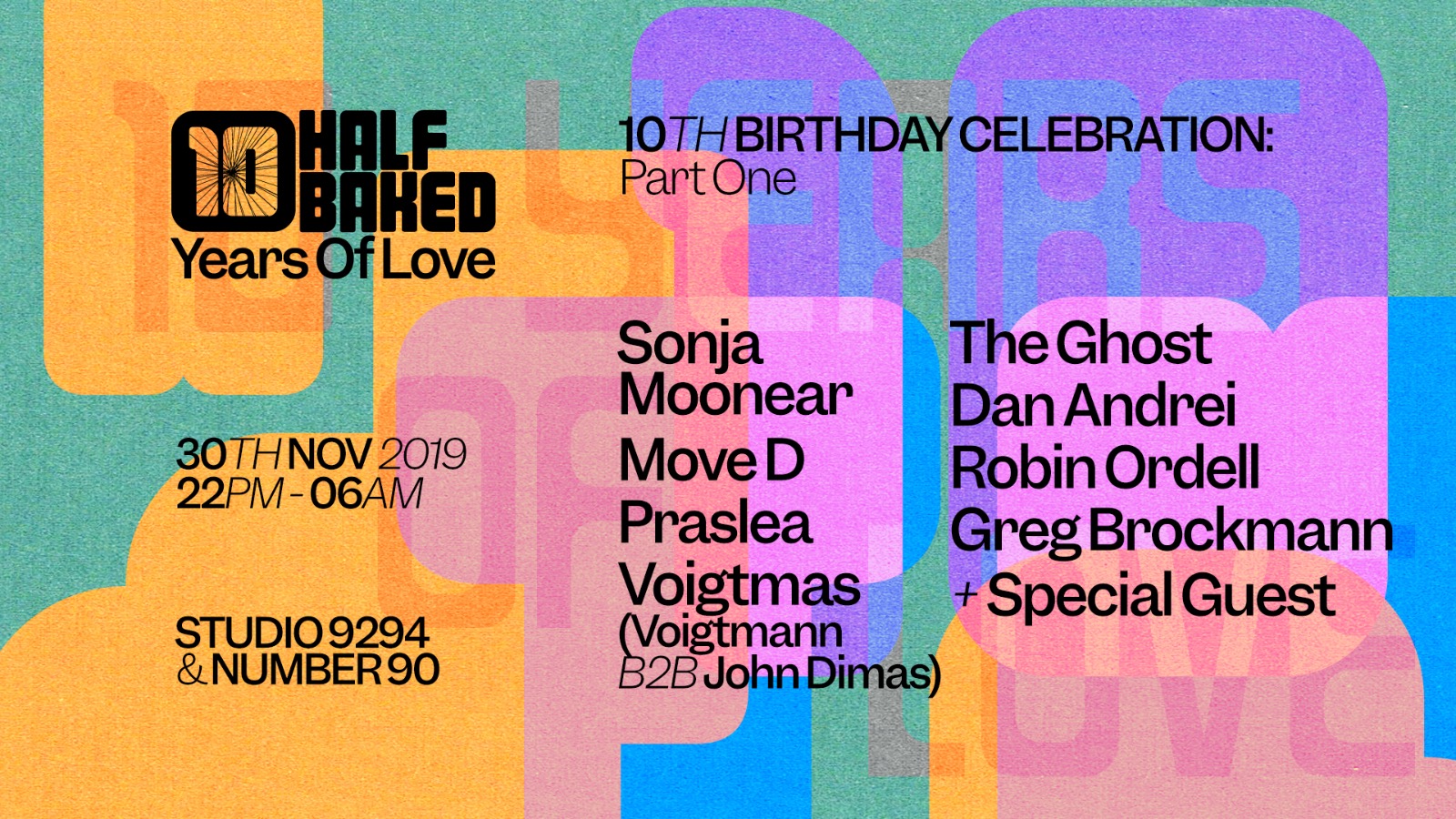 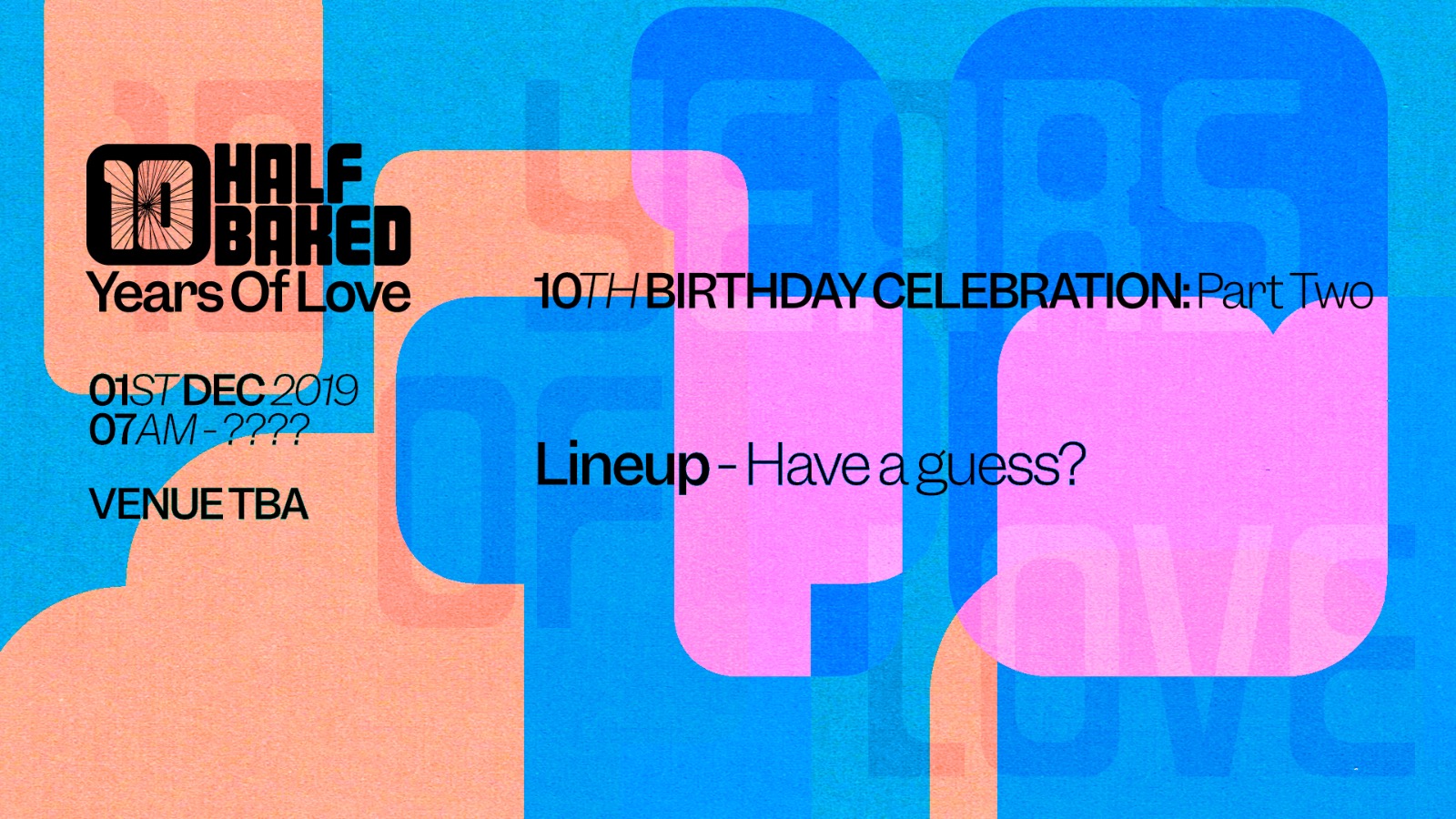 Sonja Moonear is also slated to perform at this year's VBX parties at ADE.