The Damon Albarn-fronted digital outfit, who dropped three-track EP 'Meanwhile' back in September, are celebrating twenty years since the release of 'Gorillaz' — the gamechanging LP which includes essential tracks 'Clint Eastwood', '19-2000' and 'Re-Hash' — with the first edition of the box set on sale next month.

'Gorillaz (20th Anniversary Super Deluxe Vinyl Boxset)' will be available from 10th December 2021, and collects together the previously unknown 27-page DMC dossier of leaked documents, memos, faxes and some early Jamie Hewlett drawings (assumed lost in a fire). As well as 'Gorillaz' the box set will include the never-before-released 'Demoz', fan favourites 'G-Sides', 'Laika Come Home' and 'Live At The Forum, 2001'.

A limited run of 'Gorillaz (20th Anniversary Super Deluxe Vinyl Boxset)' will be released on 10th December 2021, ahead of a wider sale next autumn. Pre order the first edition, which is priced at £170.00, here.

As well as celebrating the first LP, Gorillaz will celebrate their most recent, last year's 'Song Machine' with a virtual SONG MACHINE LIVE experience, captured at the band’s Kong Studios HQ in London in December 2020, set to come to cinemas globally on 8th December via Trafalgar Releasing. Find out more here.

Read our recent 20th anniversary feature about how Gorillaz’ self-titled debut ushered in a new era of pop music here. 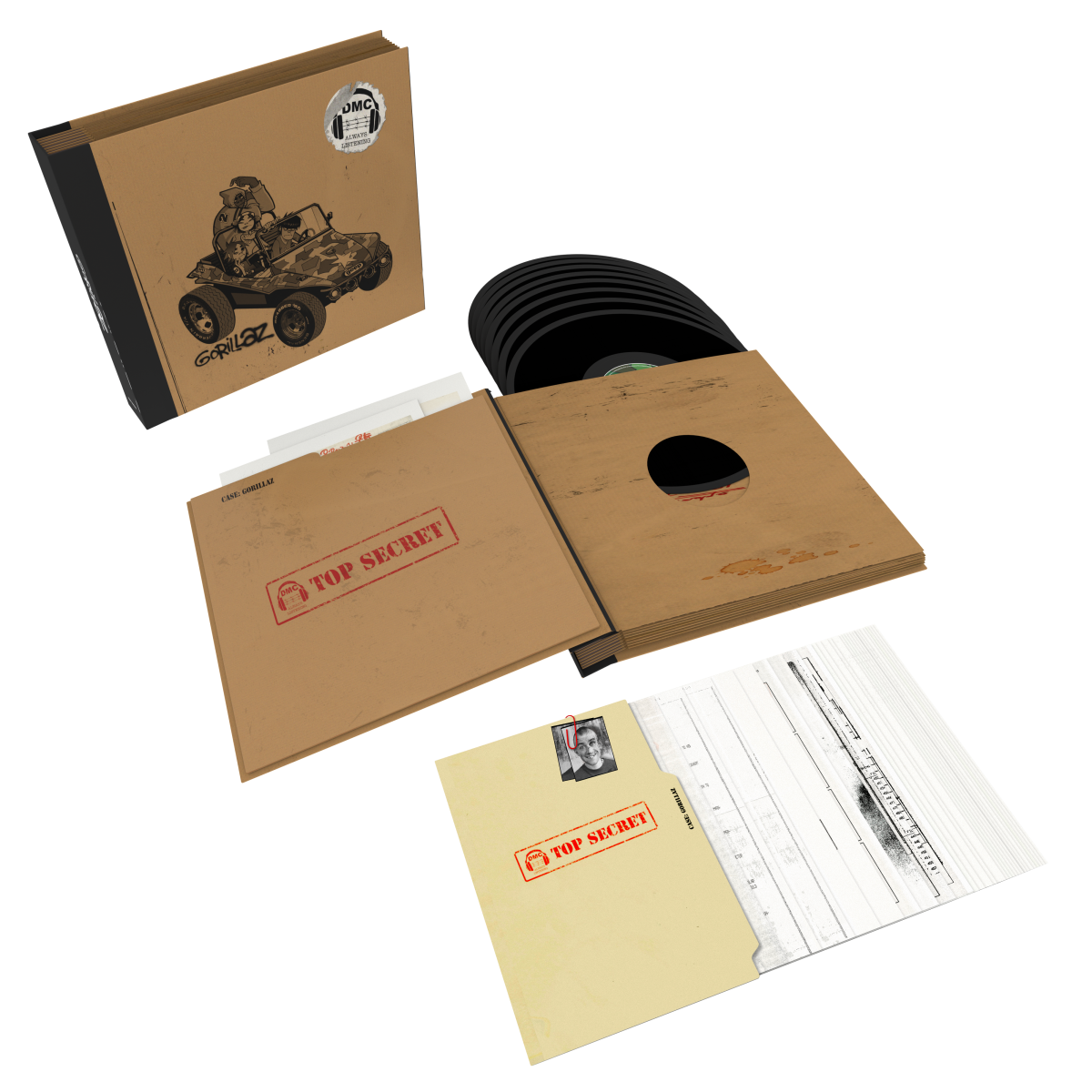 News
A Gorillaz film is in the works at Netflix, Damon Albarn confirms