The event will run from 2nd-4th February 2018 in St. Cloud, Florida, making this a sure fire way for North American heads to get some much-needed winter sun. Other notable names on the bill include hip hop veteran Biz 'You got What I Need' Markie, masquerade tech houser Claptone, drum 'n' bass heroes Roni Size and LTJ Bukem, sleazy pop purveyors Soul Clap, and esteemed turntablist Craze.

Wolf + Lamb, Tiga, PillowTalk, George Fitzgerald, and Madam X are amongst those also involved. For the last four years, VonStroke has presided over the most debauched camp in the U.S., inviting guests to California to party like Porky's, only with more banging tunes- hence the 'Dirtybird Campout Compilation' winning Best Compilation at DJ Mag's inaugural Best of North America Awards this summer.

This is the first time the session has taken place in Florida, but the same level of fun, games, madness and unexpected mayhem has been promised, with added Southern States character. Earlybird tickets for the event go on sale this Saturday, 4th November, at 10AM EST (2PM GMT for any Britons that want to get involved) over on the official website, and will be priced at $185US, with Tier 2 following at $195US. Now here's a little something to get you really excited... 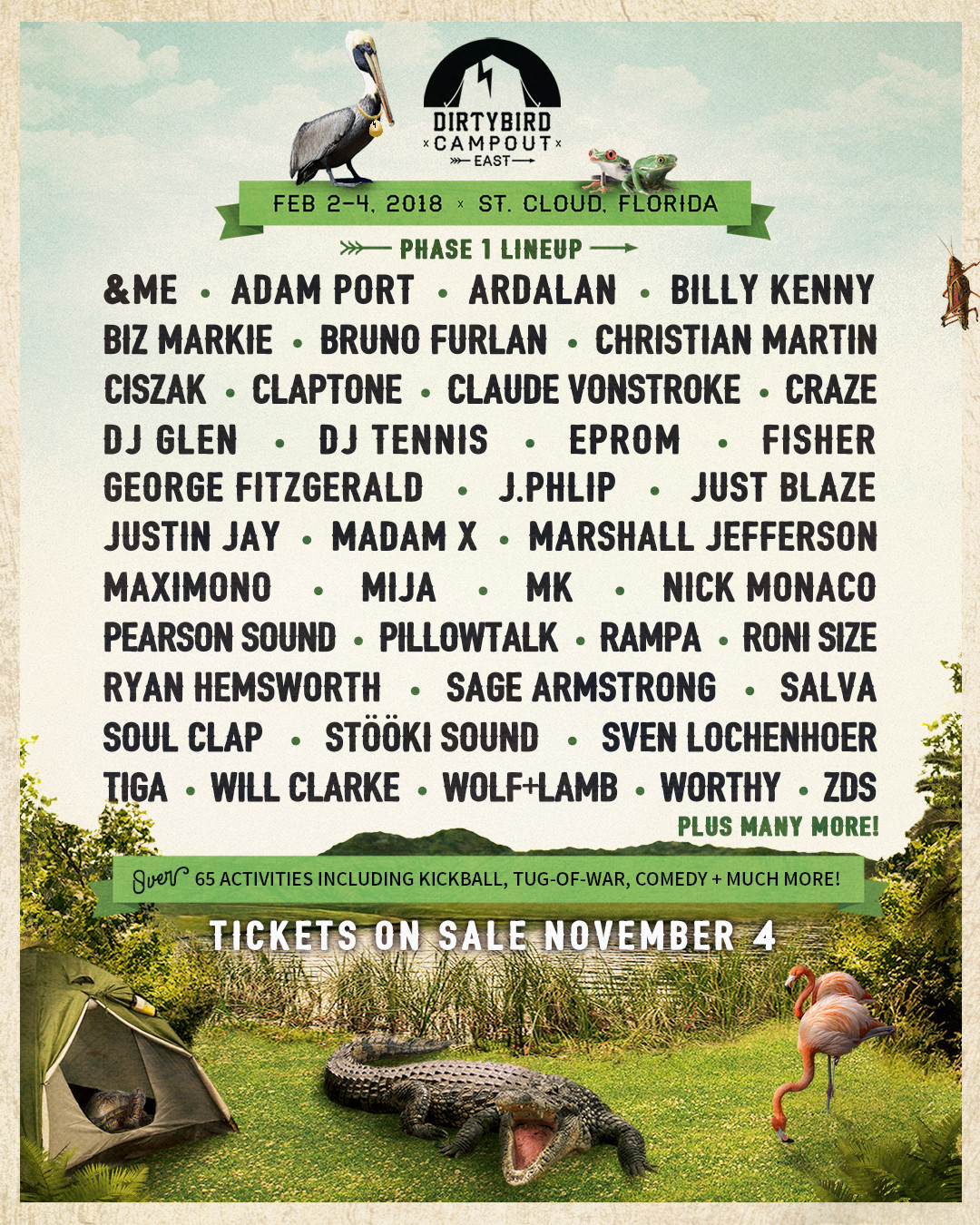