Organised by local promoters BlancoBlanco, the party kicks off from 2:30pm 'til late on Sunday at the much-loved Old Street club, with all ticket proceeds going to CALM (The Campaign Against Living Miserably). Tickets available in advance here or on the door on the day.

"I was inspired by a number of club and DJ events that happened to mark International Women's Day earlier this year, and was amazed that no similar events (that I could find) had occurred to mark International Men's Day," BlancoBlanco founder Will Dix told DJ Mag. "Roughly 12 men took their own life per day in the UK in 2016... and suicide is currently the leading cause of death for men under 45."

"I don't believe it has to be this way, which is why I'm running this all-dayer event in aid of CALM, a wonderful charity that campaigns to keep men alive by talking, be it via their eye-catching ad campaigns, quarterly magazine or their helpline, open to anyone in a crisis, male or female, from 5PM 'til midnight every day of the week."

Tickets to BlancoBlanco: The International Men's All-Dayer with Ben Pearce at The Magic Roundabout are on sale now. More information via the event's Facebook page here. 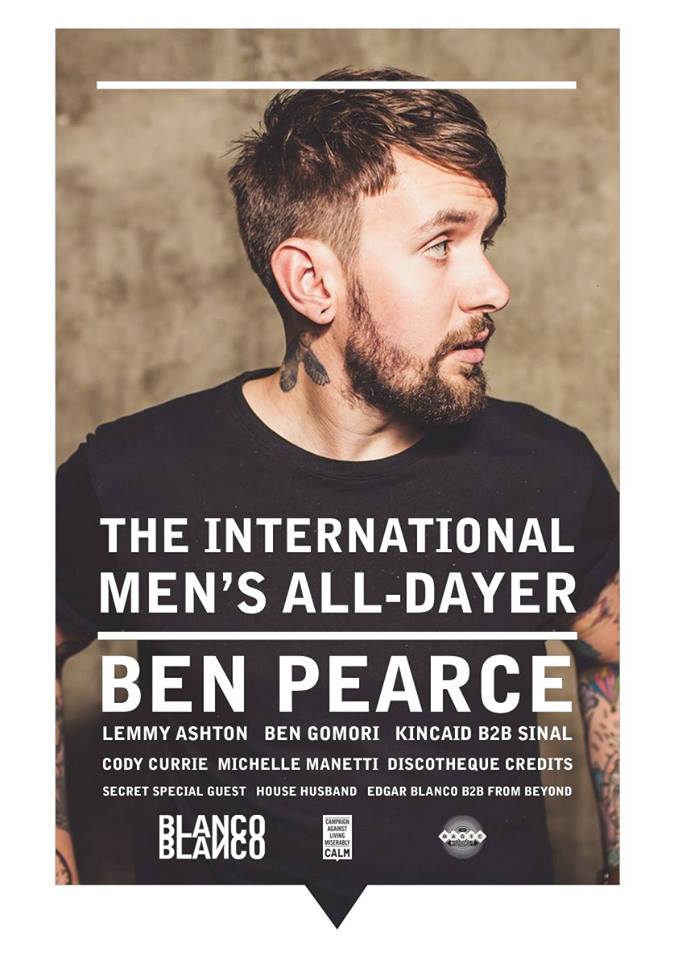