DJ Mag takes in Iceland Airwaves – in partnership with our friends at BULLDOG Gin – a long-running music festival focussing on homegrown talent and international acts, taking over a number of venues across Reykjavik; from tiny open-mic style stages to full-on theatres and 1,000-cap venues...

As you make the descent into Iceland’s one and only airport, the rugged and stark landscape that creeps out of the Atlantic is alien and mesmerising. To add to the vivid scene, a low cloud loomed ominously over the landscape – so low, in fact, the airport runway appeared at the last second as if from nowhere, rising up to meet us from the ice cold Atlantic.

Iceland’s unique topography – dark jagged hills softened by steam drifting from the surrounding geysers – might sound somewhat dystopian, but its otherworldliness is very much part of the charm. “First time?” the driver asked as we experienced our debut Icelandic gust as the automatic doors crept open, recoiling in horror at the cutting wind. How did he know?

We’ve landed on this special island for Iceland Airwaves, a long-running music festival focussing on homegrown talent and international acts, taking over a number of venues across

The festival’s ethos parallels that of BULLDOG Gin – our hosts for the weekend – which side-stepped category conventions with a sleek black bottle and a strong connection to the world of music.

Over three days, the city comes alive with music – every inch of the micro-capital is plastered with Airwaves flags, posters and branding, a testament to the importance of the event to the city and the country. Given the island’s location, smack bang between mainland Europe and the US, it offers a unique take on indie music culture, with A&Rs, labels and music reps flocking to Iceland to try and discover the next big band, singer or artist.

Started back in 1999, Iceland Airwaves has hosted everyone from Mount Kimbie, Yoko Ono, Hot Chip and Fatboy Slim to native acts like Sigur Rós, Of Monsters and Men and of course Björk. The combination of an opportunity to see bands you might already be familiar with in the breath-taking backdrop of Iceland, coupled with the opportunity to discover new music brought with it a close collaboration between Icelandair and the festival organisers, so much so that the first event actually took place in an aircraft hangar. 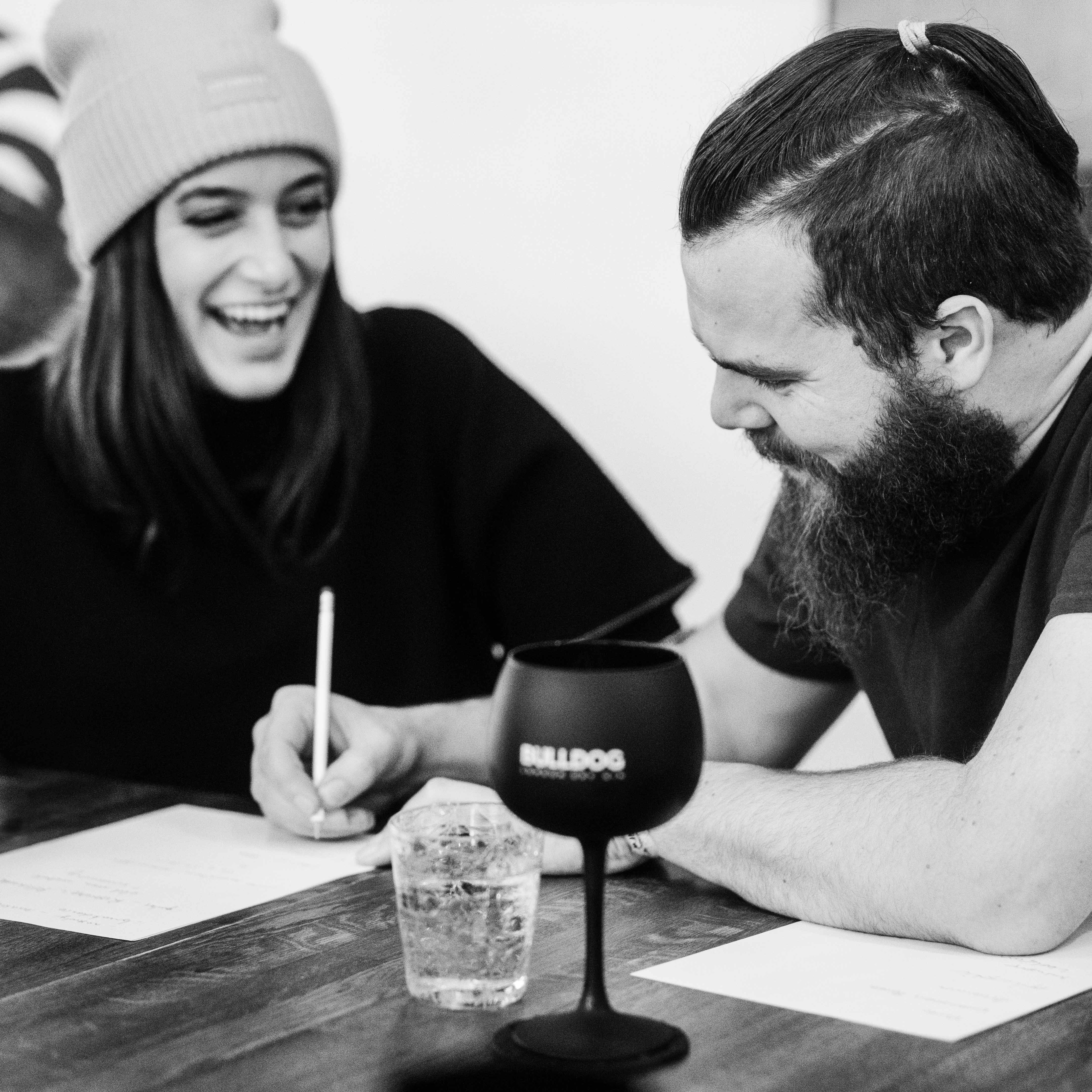 The relationship continues to this day, with the in-flight magazine bigging-up 2019’s fest as we made our way across the Atlantic. Alongside top tips for the festival – which included, unsurprisingly, packing warm clothes – was an article about one of Iceland’s most interesting plans. Announced this year, the ‘Record in Iceland’ initiative is offering a 25% rebate for international artists who decide to come and use Iceland to record their music. “Because of our glorious isolation, Iceland has nurtured quite a unique music culture,” Iceland Music managing director Sigtryggur Baldursson told Billboard. “But as well as developing a nation of poets and musicians, we also have a network of first-class recording studios, each with their own idiosyncrasies.”

This type of scheme is indicative of Iceland’s incubation of creativity. As Baldursson alluded to, Iceland’s unique set of circumstances means that Iceland’s creative output is impressive and it’s not gone unnoticed by the Icelandic government and wider society, Airwaves being a perfect example of their investment in the arts. And good thing too – so important is Airwaves to the Icelandic economy, that Baldursson told Forbes “it has in the past affected the value of the Icelandic Krona over its one-week impact.” We wanted to find out more about Iceland, the Airwaves festival and the creatives that live there, and thanks to our friends at BULLDOG Gin, we were on our way to the capital city to do just that.

“It’s like a small village here. You can walk everywhere, and you know everyone.” We’re sat in a café in Reykjavik with Rokky, a producer who now lives in Berlin but spent six years living in Iceland. “I remember there was this DJ competition at school, and all I had was Garageband so I made a set by putting the songs together, fading them in and out – I was 14!” DJ competitions for 14-year olds might seem small fry in the grand scheme of things, but it’s yet another example of Iceland’s focus on creativity within education, the fruits of which are continuously being borne.

The climate, too, is a factor. “There’s a lot of inside-time, because of the cold. There’s not much to do. But there is a lot of encouragement too, I see so many collaborations between all these new artists with bigger Icelandic artists and with each other. And there’s so many opportunities to play – the community is really supportive, and children are really pushed to play instruments.” Our interview is briefly interrupted by a well-groomed man in a double-breasted suit being photographed holding an espresso in various poses on a very Scandinavian-style chair, another glimpse at Iceland’s creative culture. Camera clacks ring out as we discuss her Airwaves schedule.

“I’ve got three gigs in total, today at 5pm which is more of a sit-down thing, and tomorrow more pop, dance then a bit more techno”, her genre blending sets represent a theme across Iceland Airwaves. 2019’s line-up saw varied acts like Irish artist Æ Mak, US-based multi-faceted singer, producer and songwriter John Grant, Icelandic hip-hop artist Cell7, Cautious Clay, recently sampled by Taylor Swift and indie-twang darling Mac Demarco. Varied too was BULLDOG Gin’s collection of The Bold Ones who were flown over to experience Iceland, and contribute to a roundtable with some long-time Airwaves’ collaborators, managers and sound technicians with a view to exploring a previously untold perspective of Iceland Airwaves by side-stepping the main stage to go beyond the limelight.

Among them was photographer Marie Wynants, London-based DJ Siggy Smalls, filmmaker Glashier and photojournalist Wilma Lorenzo. We were whisked off in a toasty warm van – did we mention it was cold? – to take part in the discussion and listen to the group tell their origin stories. Themes included inspiring mentors, creeping self-doubt, the struggling nature of the freelancer and gaining the confidence to stick to your creative vision. Everyone left inspired and it was time to head back across town to experience yet another side of the Icelandic capital.

Iceland might not be the first place that comes to mind when you mention drum ’n’ bass, but, as you may have picked up on, the country offers a wide range of sounds with promoter and DJ group Hauser flying the d’n’b flag. “We’ve always had a solid scene here. I started going around ’96,” says Ólafur Jónsson of the collective. Despite Iceland’s isolation and unique landscape, weather and culture, the problems for promoters in Reykjavik will sound familiar. “Every other venue is being changed into a hotel. It’s either sports bars, or hotel bars and stuff like that. The small-medium-sized venues have been getting [fewer] every year.” “There’s more DJs than there are venues!” Björgvin Loftur Jónsson, another member of Hausar confirms. “You’re fighting for every possible slot.” It’s the classic story of small cities and towns, fighting for a limited, but passionate crowd. Those who do make it to a Hausar party though, are some of the most loyal going. “We have 15-20 people that never fail to show up, and they bring their friends, and so on. The drum ’n’ bass scene has always been solid, even though it’s small.” While the DnB scenesters are a dedicated bunch, the Hausar crew agree the width and breadth of sound on show in Reykjavik is remarkable.

“We’ve got every style imaginable to the dark, underground, extremely hard stuff to the easy listening stuff.” Iceland’s hinterland and darkness – there are only around five hours of daylight in the winter months – affects the tone of that music too. “It’s harder, coarser, raw. There’s a bit of isolation. We have this passion for music and because of that you can focus your energies a lot more into it. You’re not worrying what’s happening somewhere else.” “Iceland is rather introverted as a society. The recent years of tourism have brought us out of our shell as a whole, but we still maintain those rough edges, especially in music. The rawness of everything here is one of the main attractions.”

For outsiders, those for whom Iceland is a rare treat, its attractions go beyond the raw aesthetic. “It was a pleasure to return to Iceland after many years.” Say Booka Shade, one of the 2019 festival’s biggest acts. “We played in the Art Museum of Reykjavik, it was a special night because we invited the local singer Kaktus Einarsson on stage, who collaborated with us on the song ‘I Go, I Go’.” Airwaves’ collaborative and inquisitive vibe wasn’t lost on them either. “We had the chance to arrive a day before our show and walked around the city. There was an overall feeling of genuine interest in new bands and in music in general – an energetic and peaceful vibe.”

Iceland’s charm lies in its contrasts. The biting wind followed by the warmth of the locals. The dark skies hovering over the piercing blue sea, waterfalls and lagoons. The booming impact of a DnB sub, followed by the glistening, haunting melodies of Iceland’s ambient and post-rock collectives. Not to mention its cuisine, the questionable textures of shark and horse paired with some of the finest seafood on the planet – yes, we tried them all. Iceland Airwaves represents it all, proudly showcasing the country’s talent while bringing global superstars to the island. With them, come a hoard of passionate music fans, many repeat visitors who’ve fallen in love with the festival and the country, some first-timers, who’ll definitely be back.