“I wanted to bring the energy and aggressiveness of a set that I could have made in front of a crowd,” the Paris-based artist tells us. “From Ase Manual to Deena Abdelwahed and a vogue beat remix by Lana Del Rey that I love... to some of my tracks, like a techno club refix of Rosalia, or a huge jungle track by Pete Cannon.”

The mix speaks to Jaymie Silk’s distinctly international take on club music: one that mirrors his multinational background, and fuses the sounds and styles he was raised with, from family and friends, to those he’s picked up along the way from years spent in various countries around the world.

“My mother is Italian, my father is from Benin, I grew up in France, I studied in Italy, I have family in different countries, catholic, muslim, other religions,” he explains. “I grew up with people of all ethnicities and cultures. I come from a small town in France, when you have such a multiple identity, it is strange at the beginning. As time goes by, when you travel, you realize that this is almost the norm, that there are as many identities as there are people.”

Growing up, Jaymie’s musical influences spanned from Nana Mouskouri to Bob Marley, from his father’s Motown records to Earth Wind and Fire, Michael Jackson and Stevie Wonder by way of hip-hop, all of which has informed what he describes as his “organic” take on club music. “When you grew up as a middle class immigrant child in France, the only musical landmarks were usually rappers,” he says. “I started with that and beatmaking in the early ‘00s when I was about 15 years old. Electronic music was kind of a strange thing to me at this time. I remember meeting a DJ and producer of North African origin in Paris around 2008 who was writing for electronic music artists, and he told me clearly that he would never make a career as a solo artist in this field because black and Arab people were not accepted in the electronic music industry in France. That was the reality I had around me, [especially] if you consider that going into a club was almost impossible when you weren't white.”

It was upon moving to Montreal in 2013 that Jaymie discovered dance music through the local ballroom scene. “I started to get interested in electronic music,” he says. “[I saw] that there was a social idea behind it all before the artistic idea... I finally found a true representation of [people of colour], and that electronic music was not only dedicated to a part of the population. I would say that it was Dave Luxe, a Belgian producer, who was in Montreal at the same time as me the first year, that introduced me to the club culture. I was still making beats for rappers at the time. I remember showing him a French rap artist who had just blown up and he did a Jersey Club remix of it. I was like, ‘What the hell is this kind of music ?’”

“So one thing led to another,” Jaymie adds. “I found even more similarities with my background, my outcast situation and all the representativeness I could see through the club scene and electronic music and his history. Quickly, I started producing club tracks and understanding what DJing was all about.”

Since, Jaymie has been immensely prolific, and one need only look at his Bandcamp page to see that. From cohesive EPs and albums released off his own bat, to club edits of pop hits by Kanye West, Solange, Jaden Smith and Eiffel 65, his productions erupt with radiant percussion and vogue vibrancy. Recently, this has culminated in the ‘Diasporave’ EP trilogy, the third of which will be released in May with remixes from KG and Lyzza. Jaymie has described the EP collection as “a musical passport about the identity of the kids of the diaspora, [which breaks] down the codes of bass music, techno, club, garage and  adding my various cultural and ethnic influences”.

“What I like as an artist is to paint,” Jaymie explains. “To sculpt with music. As time goes by, when you travel, you realise that this is almost the norm, that there are as many identities as there are people. People always expect me to make afro music just because they see me with dreadlocks. I am multiple, just as much as the world is. The diaspora is no longer just physical in 2020. At a time when the internet is a country and everything is intersecting and colliding, we can no longer deny the essential contribution of Africans, Arab, Latin, Asian and other diasporas  to art in general. As much as I have been asked all my life, and even now,to define my identity, why should I do it with my music? This may be the only place where I can be completely free. My creations are a reflection of all this.. Music is a universal language, isn't it?”

In these times of global lockdown, Jaymie has not been resting on his laurels waiting for the release of ‘Diaspora’ part three. “I am usually always busy and instability is part of my daily life,” he admits. “The big difference now is that I work even more than usual as I don’t go out at all. I'm finalizing the last details of my next EP, which will announce the end of the ‘Diasporave’ trilogy on Pelican Fly. I just finished the editing of a music video for Volume 3, which we plan to release on May 8. The initial idea was to do it in Latvia but the quarantine struck before we could do something. The concept of this video was really born from confinement, and it's quite interesting to see how stressful situations can block you or push your creativity. And I'm working on another musical project, experimenting more on sound design and chants.”

As for the future, Jaymie admits that the current global crisis has left things a little uncertain, but he is determined to ensure that it will be a learning experience and a motivator for his creativity. “I think things will be different in a lot of areas for a lot of people,” he says. “At the same time, in spite of the time, effort and sacrifices I put into my music, as a self-taught musician, I always had this impostor syndrome. And I realize that at this catastrophic and historical moment, the importance of what I do is very important. I mean, you often get brought back to the question of the profits you make when you're in the art business, and you forget that historically, a lot of the great creators would die rather broke! But now, if you take away all this content, life would be unthinkable. It's even more of a motivation to produce even more music than I already did. I am planning a project that will incorporate more vocals, other types of rhythmics. There's an album with Pelican Fly that I'm looking forward to releasing but I'm waiting for the best conditions to do it. And above all, [I plan] to play all over the world, to be able to share all this, to mix live shows and DJ sets.”

While we’re waiting for all that, check out Jaymie Silk’s Fresh Kicks mix below. 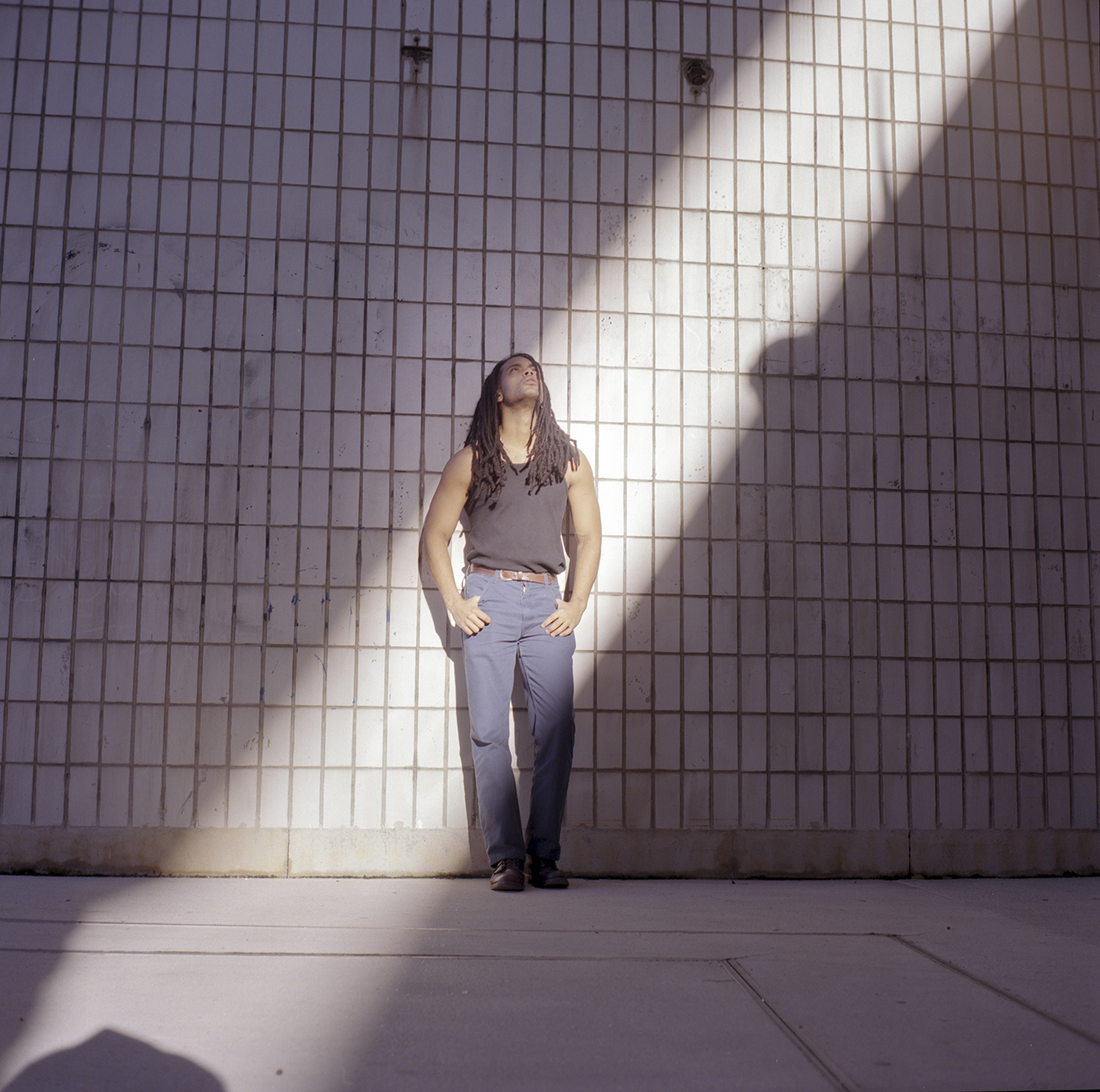 Last track that blew your mind?
“The remix of my track ‘Nomadism’ by Lyzza on the upcoming final chapter of ‘Diasporave’. The original track is like a progressive ambient track with just a kick drum. Lyzza is known to sing on her songs. The vibe she added on it really brings the track to another level. It is totally another song, really what should be a remix to me.”

Last DJ that blew your mind?
“Deena Abdelwahed. As I'm in France now and she was performing in Paris two months ago, I absolutely had to go there. The funny thing is that in the morning she was playing at Hotel Radio Paris, an independant web radio. As one of the guys knew I liked what she was doing, he told me to come over. I gave her the first two EPs of the ‘Diasporave’ trilogy, while the second one hadn't been released yet, and that night it was the first time I heard the track ‘Ravolution’ live.  It was really cool to chill with her. She blew my mind musically and humanly”

Favourite album to relax to?
“Anything from Brian Eno or singing bowls track. As long there are no drums”

Favourite producer?
"If we're talking producer, inevitably Quincy Jones. His work as a producer, arranger, all the film music he produced...Who's to say he got 27 grammys including one for a children's audio book of the movie E.T. narrated by Michael Jackson? Legendary combo”

What record is top of your wishlist?
“The incredible song I have in my head but haven't produced yet”

What's the best club you've played at?
“It's not really a club, as in Toronto there are no real places for the nightlife and the alternative scene. Brice aka Walmer Convenience tries to keep the scene alive by inviting artists such as DJ Deeon, DJ Lag, Roska or Sinjin Hawke. I played at a place for the new year 2018, I can't tell you where it was but it was great. I think it was the shortest two hour set of my life. People were crazy, vogue dancers were able to find room to dance. The energy was unbelievable. Shout out to all these people working hard to keep their local scene alive”