“Kuduro is just so raw,” Tash LC says, describing the Angolan minimal, percussion-heavy dance music genre. “You can’t help but dance and sweat to it. It’s more of an actual feeling, and it’s rare that you come across music like that with a connection so strong. It pulsates completely through you.”

One of the more in-demand London-based DJs, Tashan Leah Campbell has, in a few short years, become a rising star on the club circuit. An assured DJ, radio presenter and host, she has a BBC Radio 1Xtra residency, has played multiple Boiler Room sets, regularly spins nights across Europe and also runs the night and newly minted label, Club Yeke.

“It’s a label and a night that focuses on and encompasses the African and Caribbean diasporas via the UK and beyond,” Tash explains, before her debut Glastonbury set. “It’s an extension of what I play.”

The Croydon DJ’s love of music stems from growing up in an African-Caribbean community and heading to gatherings as a kid. “As a young Caribbean person, before I appreciated the incredible music from my heritage, I didn’t understand reggae, dancehall and its derivatives, and all the weight it held,” she says. Initially delving into drum & bass, Tash found herself going back to her roots and the diaspora sounds that come from them. “When I was discovering highlife and Afrobeat from the ’60s and ’70s, it was all quite Nigerian and Ghanaian,” she says. “I gradually started discovering stuff from South Africa, which has a crazy diverse music scene, and slowly discovered mad genres from across the entire continent like singeli, Malian hip- hop, Ethio-jazz and so much more.”

Starting out as radio assistant at Worldwide FM and Radar Radio, as well as on her uni radio, Tash honed her production and hosting skills at the stations, but her desire to be behind the decks outweighed everything else. “I hated it initially. I wanted to be on the radio,” she says. “In hindsight, I’m glad I got to wait a bit, and practice.”

Over time, she refined her skills as a multi-faceted artist, known for her unique take on bass-heavy music. Her sets centre around global bass and club music from around the world, with a particular focus on underground electronic sounds from across Africa. With a highly palatable range within her eclectic sets, Tash LC weaves in a multitude of genres, making her a highly sought after DJ.

Though she feels like she’s still establishing herself, Tash sees her peers’ success as a motivator for her to do more. “I take it for granted,” she says. “It makes it really hard to stand back, appreciate and reflect, and see things from the clear perspective of doing well when I’m looking at everyone else’s journey.”

Moving forward, Tash’s dreams are consistent with her current outlets. “I’d like to see Club Yeke established. I’d like to be in a financial situation where I can start bringing over artists from anywhere essentially. And, most importantly, I’d like to be happy.” 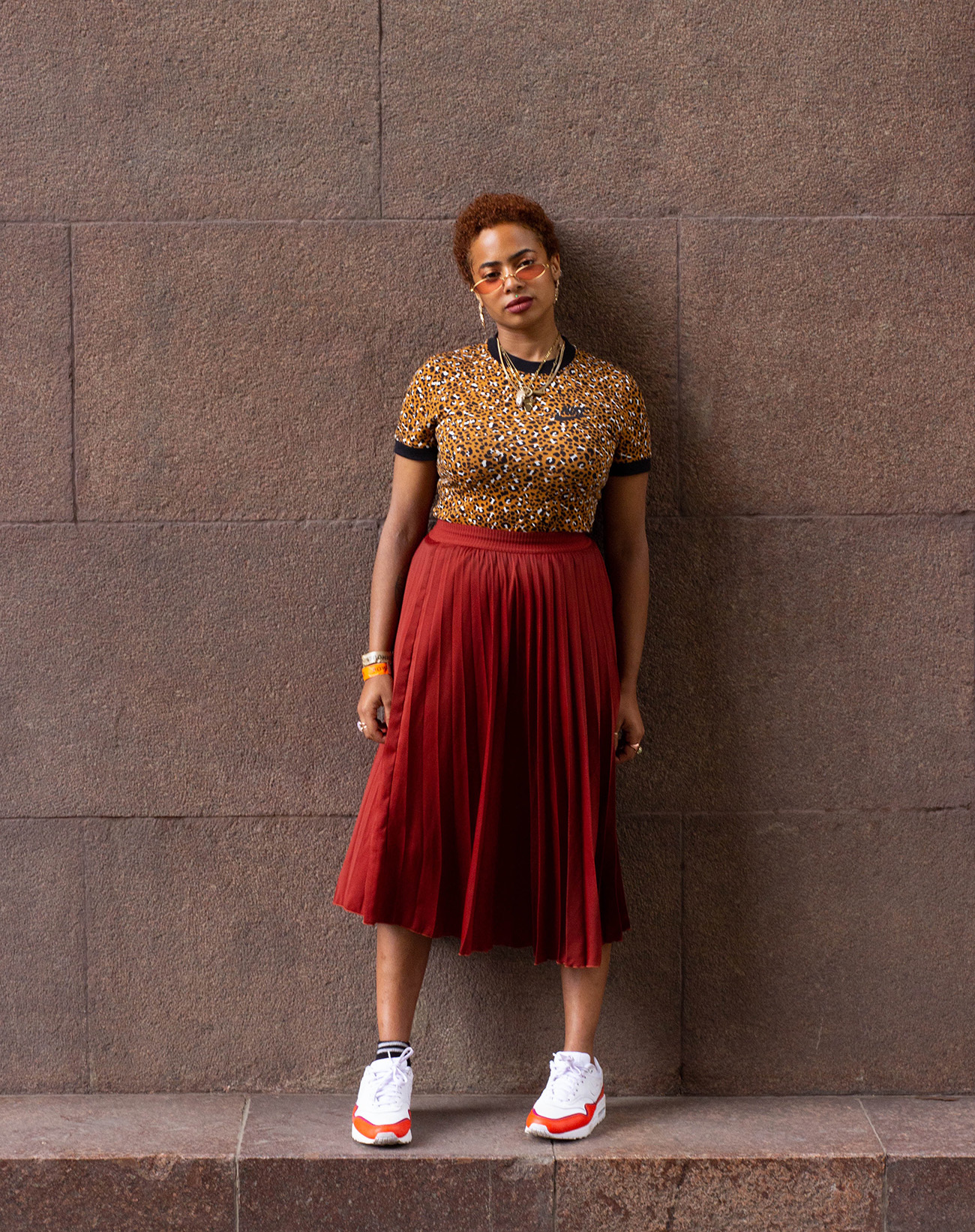 Favourite album to relax to?
“The Katzenjammers ‘The Enchanted Steelband’”

What record is top of your wishlist?
“Anything on the 70’s Angolan Rebita label”

What's the best club you've played at?
“OHM in Berlin”

Want more? Check out our deep dive into the sound of Kuduro, and our Fresh Kicks feature with DJ Plead