As Long Island Sound, Berlin-based duo Rob and Tim create a distincly swirling brand of house, with shimmering synths and pads hovering around spaced-out kicks and breaks. They’ve been making music together for five years, but were cutting their teeth on the club circuit for some time before then.

The duo grew up in Dublin, exploring the city’s scene in their teens and, much like the rest of us, sneaking into clubs underage. “We started going to house and techno parties, like Housewerk and Trainwreck in the Tripod venue,” they tell DJ Mag. “We used to get an older mate to open the back door and then we’d hide in the toilets until the club filled up. We might be looking back through rose-tinted glasses, but the scene seemed particularly vibrant back then.”

The city’s colourful clubbing landscape, where they saw local DJs like Finn Merrins and Ciaran Fitz play, were the beginnings of Long Island Sound - even if they didn’t know it then. Rob and Tim began to play alongside each other at the same nightclubs, eventually starting to make music together in 2014.

In 2017 Long Island Sound relocated to Berlin, and attribute the move to the development of their sound. “It’s been such an amazing experience," they say. "And we think it has impacted us hugely as artists. We’ve been exposed to so much different music and clubs that have been really inspiring to us.”

“It’s also the first time that we’ve had our own studio place to make music and keep all our gear,” they continue. “We’ve dedicated much more time to making music while we’ve been in Berlin.”

The dedication is evident in the pair’s productions, which have been released on fellow Irish DJ/producer Bobby Analog’s label, Body Fusion, as well as appearing on a compilation for Kyoku Records. They’ve also released on Roots For Bloom alongside artists like Folamour and Roy Vision. Rob and Tim explain that they’ve spent the last 12 months exploring different methods and styles of production, and in March launched their own Signs of Space label.

“We’d been thinking about starting a label for years but hadn’t planned on doing it for a while,” they say. “Last summer, we started properly talking about the aesthetics of the label and realised that we had a common vision”. The label, their Bandcamp explains, is inspired by “our ever-expanding universe” and “explores spacey synths, melodic rhythms, glistening textures and crunchy percussion.”

The first release on Signs Of Space, ‘Initial Ascent’ was a four-track package of their typically other-worldy house, the duo’s sound feeling reminiscent of artists like Bicep and Hammer, following in the same vein as more recent productions from Special Request and Ross From Friends.

“It was pretty easy to decide on the first release,” the duo say on ‘Initial Ascent’. “We had a big bunch of tracks, then we just asked for some feedback from some close friends to narrow it down.”

“We just wanted more control over how the music would look (as a record), and of our sound,” they explain, circling back on the vision for Signs Of Space.  “It gives us more freedom and its also so much more fun being able to be involved in every step of the process. For the time being, we’re gonna use the label predominantly for our own music, but we might release some music from some friends in the future.”

With the first Signs Of Space release under their belt and summer almost over, Long Island Sound have spent this year performing at some of Berlin’s best-loved venues, like [ipsə] and Griessmuehle, alongside the likes of Andhim, Moomin and Paul Johnson. They also played Forbidden Fruit festival in Dublin in June, and are just back in Berlin after a string of shows in Ireland.

Performing in Limerick last weekend, the duo return to Dublin this Friday alongside Roots For Bloom label-mate George Feely at Pygmalion. On Saturday they perform at Fuinneamh Festival in Dundalk, alongside the likes of Peach, 999999999, Randomer and Rebekah.

“As for upcoming label plans,” they tell us, “the second Signs Of Space release is coming out on October 4th. It’s another four-tracker by yours truly. It’s a little bit more club-focused than the first release on SOS, and we’re super happy how it turned out.”

Long Island Sound’s Fresh Kicks contribution is a bright, syrupy fusion of house and breaks, “a kind of ode to summer before it vanishes from our lives for a while” they tell us. The mix features tracks from Brien and DJ Seinfeld, unreleased music from the likes of R.Kitt and D. futers, and a track taken from the duo’s forthcoming October EP. 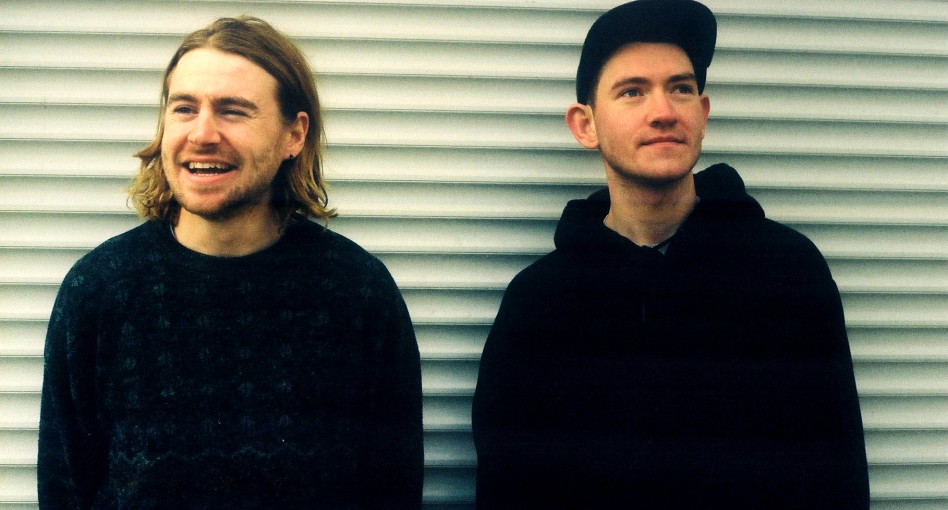 Last film you watched?
"Once Upon A Time in Hollywood"

What record is top of your wishlist?
"Skye ‘Ain’t No Need’"

What's the best club you've played at?
"The Silo in Griessmuehle"