On Cue is our flagship mix series, celebrating the pivotal DJs and producers whose influence has shaped the world of electronic music, both in their local scenes and beyond. This week, and ahead of the release of his new album ‘Information’ on Ghostly International, Lauren Martin speaks to Galcher Lustwerk, about growing up in Middle America, and folding a sense of luxury and the experience of burnout into his style of deep house music, which you can hear in his expertly crafted mix

Galcher Lustwerk aspires to luxury. “When people say that I do ‘ghetto house’, or if they use the word ‘ghetto’ to describe my music, I usually try and correct them,” he says. He’s having a quiet afternoon away from his home in Brooklyn. The window is open and the howl of city life is gone, so we relax into our indoor voices. Galcher Lustwerk speaks low and slow, in a similar tone to how he sort of raps, sort of chats, on his tracks. “If you needle-drop it, and you hear the first five seconds of my records, you could hear rapping and house music and think that it’s ghetto, but I’m trying to do something different.”

This luxury is more of a mood than a material thing. Around 1999, he was drawn to the “pristine, leisurely aesthetic” of everyday pre-9/11 Americana: the pleasant boredom of teenage skater culture and long drives through small Midwestern cities like Cleveland, where he’s from; of long days built around strip malls and parking lots. The dance music that seeped through was “sun-drenched electronica, liquid drum & bass, that lounge sound,” he remembers. “It wasn’t yuppie, but it was tapping into an idealistic, future world.”

He used to watch a live dance TV show on MuchMusic called Electric Circus, a Canadian version of Detroit’s famed The New Dance Show. Most of the show’s music was pre-recorded for the dancers, but guest DJs would appear sometimes - he remembers seeing Carl Cox on one episode. The show was cancelled in 2003 but he’s always remembered it. It symbolises a time when popular electronic music tapped into hopefulness around the millennium. “I try and repurpose that feeling that gave me, or work through the loss of that feeling,” he says. “I’m an adult now and everything is complicated. Shit is not like how I thought it would be.” 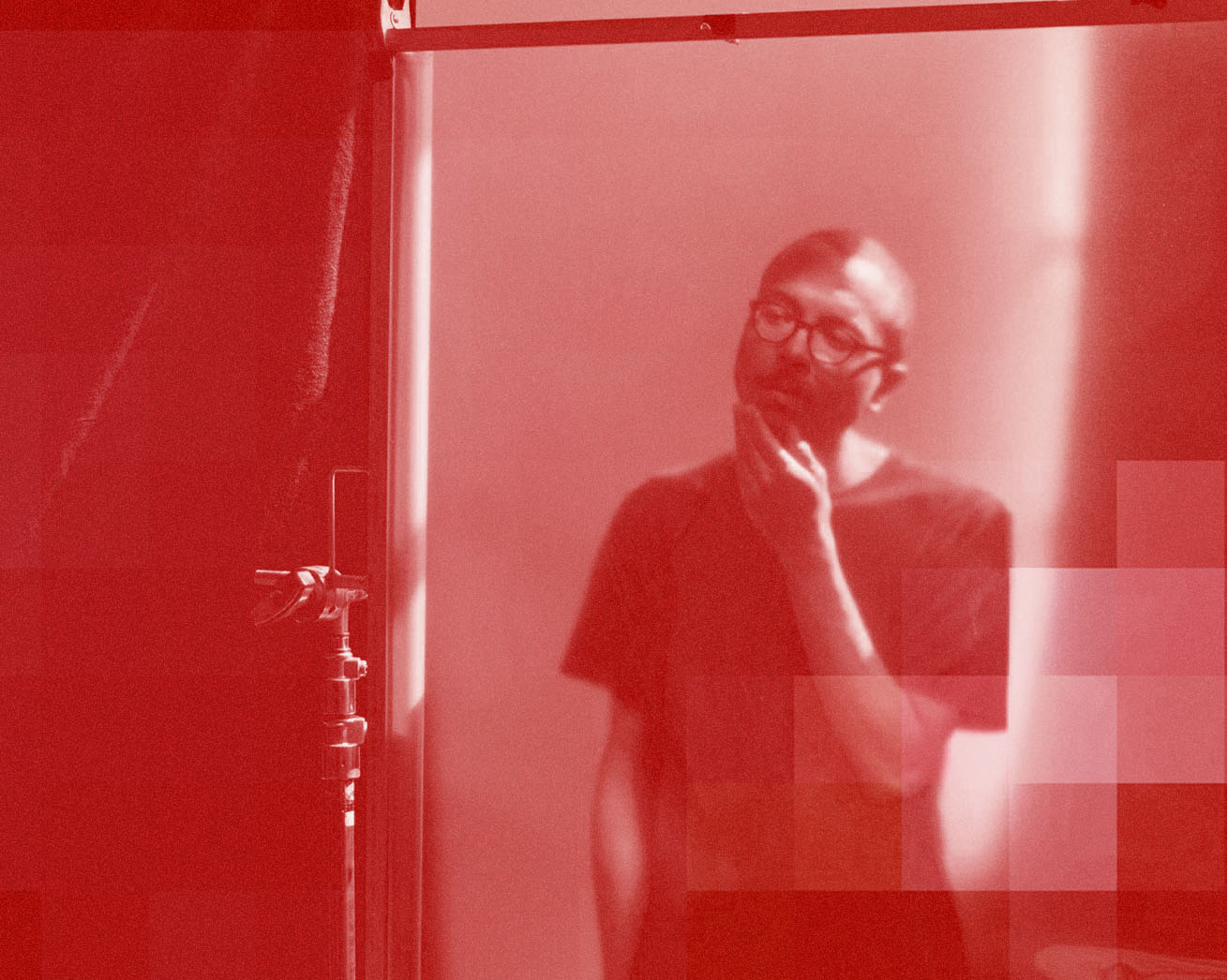 Driving around Cleveland as a teenager, he’d bump hard-edged, lo-fi rap albums by Hieroglyphics, Company Flow, and MF Doom, indie rock by Minus The Bear, Q And Not U, and At The Drive-In, and electronic tracks by John Tejada, Underworld, and The Crystal Method. “All that real Y2K fusion shit,” he says, “I was really into that.” Through his parents, he listened to quiet storm-esque R&B, smooth jazz, and documentaries on NPR, the latter with hosts that spoke low and slow, too.

Driving through the sprawl gave him room for his thoughts to take over. “What comes to mind is never specific days, but those loose energies and aspirations about longing to be somewhere more fun. It’s funny, though, about driving and listening - maybe that’s the speed at which my mind moves. I wonder if there’s something to that. If you’re used to going 35 mph for an extended period of time,” he asks, “then how does that deal with your sense of tempo, timing, space, energy, and intensity?”

Galcher Lustwerk rarely drives these days, but his mind is still in the sprawl. When he’s working on a beat, he tries to imagine a scene in his head and narrate it, or extrapolate a feeling from it, and “be really, really exhaustive with it,” repeating and riffing on short phrases until they become loaded with new meaning or feel meaningless. “It’s flipping the words, like bringing the loopiness of house and techno into the wordplay.”

On his breakthrough 2013 production mix ‘100% Galcher’ for online series Blowing Up The Workshop, he narrates bleary party sequences with lyrical repetitions and a laconic delivery, as someone - maybe him, maybe not - rolls trees and rolls deep, taking E and LSD. Deep in the moment there’s still that longing for elsewhere, for the real fun. Since that mix - well over an album’s worth of material, released in part through his label Lustwerk Music - he’s released several albums under different aliases.

As Galcher Lustwerk, there’s 2017’s ‘Dark Bliss’, which came out through DJ Richard’s label White Material. The jams are raw and agitated, with tones of R&B and hip-house coming through. At the time, British DJ and producer Midland described the track ‘Red Rose’ on Twitter as “like Prince making ballroom,” which still feels right. 2018’s ‘200% Galcher’ then grew out of that first mix, a double album with instrumental and edits of each new track. In between, he’s released a couple of albums with the even-quieter Alvin Aronson as Studio OST, and five albums under his other solo alias, Road Hog.

This month, he’ll release ‘Information’, his third album as Galcher Lustwerk and his debut for Ghostly International. ‘Information’ has those familiar Galcher Lustwerk sounds. The rhymes are blase and bittersweet, and the drum pads and melodic basslines ripple on. At times, the latter have that depleted glow that James Stinson had as The Other People Place. The rhythms feel bolder, though.

The machine kicks are laced through with samples of live drums, much of which feels surprisingly free: not far from a jazz-lounge style of hip-hop drumming you’d hear on a Digable Planets interlude, or an extended ’90s downtempo electronica cut. Galcher Lustwerk drew inspiration from John McEntire, the drummer of post-rock fusion band Tortoise, for how he straddles electronic and analogue percussion at low volumes. This last point is key not just for his drums, but for every element of his music. 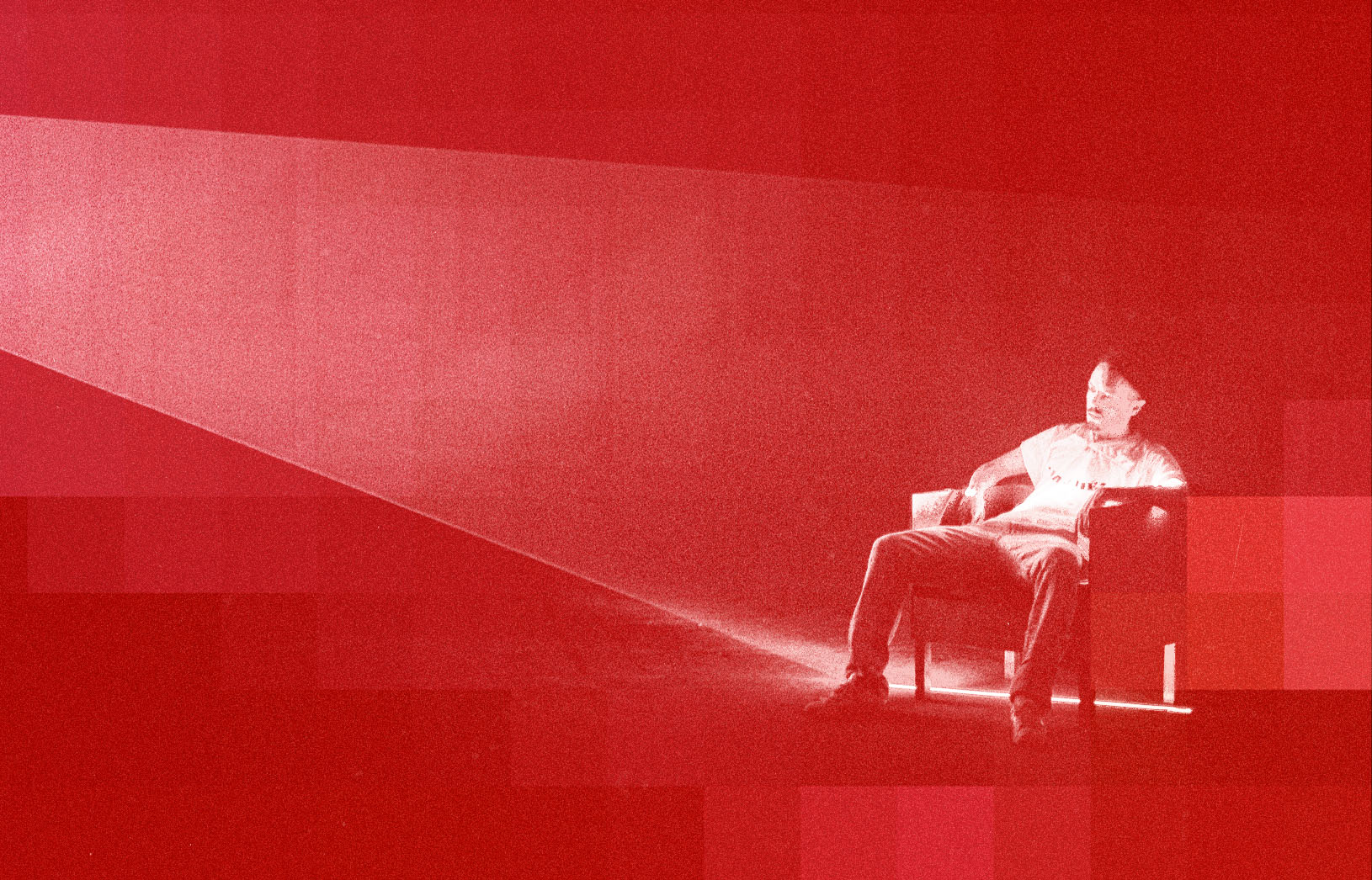 Galcher Lustwerk tries to find luxury through quietness. The tone of his lyrics and vocal delivery are muted as a point of style and process. “I want to sound as tired as I feel,” he says. “I record a lot of tracks in my bed, actually. I’m just lying down, sometimes even recording [my vocals] through my Macbook microphone. I used to have a Sterling Audio, this $80 microphone that you could get at any music store, but I barely even use that anymore. I like to be close and use my indoor voice. I feel like, with this album especially, that there’s this undercurrent of being really, really burnt out,” he continues. “For the past two years, I was burnt out, all of the time. I’m almost... inoperable, you know? I’m still getting used to the touring life, this way of living on my own schedule and trying to prioritise music over other things.”

He’s devoted years to producing this hyper-specific style of house music, but playing it in a club presents challenges. He’s been living with tinnitus for some time now, so he’s learned to use fewer effects in his tracks and produce at lower volumes. “It’s not just the way the sounds are mixed, but the sounds themselves, that are quiet,” he says. “Being sensitive to loud sounds, I end up picking sounds from a certain frequency range that give me that moody feel.”

A track that comes to mind is early Detroit techno artist Blake Baxter’s ‘When A Thought Becomes You’, where “The Prince of Techno” blends wistful vocals and ambiguous lyrics with celestial techno rhythms, all low and raw-edged. Received wisdom would say that Baxter’s romantic lyrics are about longing for a lover, but Baxter based much of the lyrics around his longing to be around music.

Diagnosed with epilepsy as a young man, Baxter found it gradually more difficult to be around the bright lights and loud volumes of all-night raves. The meaning of Baxter’s lyrics, then - of dreams that never come true, knowing that you’re not alone in a room full of lost souls - depends on what you’re longing for.

Galcher Lustwerk nods softly. He’d like to incorporate his live vocals into his DJ sets more often, but the nature of clubs means that the volume of the room is often too jarring for it to work, because “it would require me to raise my voice in a way that changes the mood of the song,” he admits. “I have my deep voice and then when my voice is a little higher pitched, that’s my projecting voice. But I always want to be quiet.”

“I definitely go out less because I’m worried about ear damage. It sucks, but it’s okay still,” he insists. “Even though I don’t go to the club often, I still have transcendent experiences there, but gradually, it can be seen as a metaphorical thing [within my music], too. As far as being autobiographical, I try to tease at different things with the lyrics - the stories are there, but maybe not in order. I’m cherry-picking for the sake of writing a verse, exaggerating some and downplaying other memories.”

The burnout is real, but there’s still more road ahead of him. “It’s like the comedown you have after you take acid,” he says. “You’re exhausted, but there’s so much clarity to it all that you just, ease out of it. There’s a luxury in that.”

Want more? Check out our On Cue features with Joe and Bézier