We went to an underwater rave and this is what happened | DJMagAdmin.com Skip to main content

We went to an underwater rave and this is what happened

We went to an underwater rave and this is what happened

DJ Mag dons a fancy helmet and attempts to throw shapes to the sounds of Peggy Gou and Artwork at a rave in the world’s deepest diving pool...

Have you ever listened to music underwater? What about at the bottom of the deepest diving pool on earth? What would that be like? Well, that’s what the brainboxes at Desperados, the tequila flavoured half-alcopop half-beer hybrid, have decided to find out with their latest event, Deep House, in Y-40, the world’s deepest man-made diving pool just outside Venice.

Arriving on a sticky late-summer’s day, we’re shuttled to a hotel with a bus full of influencers: YouTubers, Instagrammers and Twitterers with more followers than you can shake a stick at. They’re all painfully clean-cut and it’s kind of like being caught in a Black Mirror episode with a herd of Blue Peter presenters — constant saccharine selfie videos and faces lit by phone glow all day and night.

This being a branded event though, it makes sense, as you can’t get much more Instagram-friendly an event than Deep House. Travelling an hour out of mainland (or island) Venice we arrive at Y-40, the world’s deepest pool, which would normally look like any other building, except now it’s been taken over by Elrow, with their trademark actors and fizzingly colourful decorations bursting out of every seam in the gaff. But we’re there to experience the world’s deepest rave, and after getting some basic instructions on how not to die, we change into our swimming trunks and are shepherded up to the pool to be submerged. 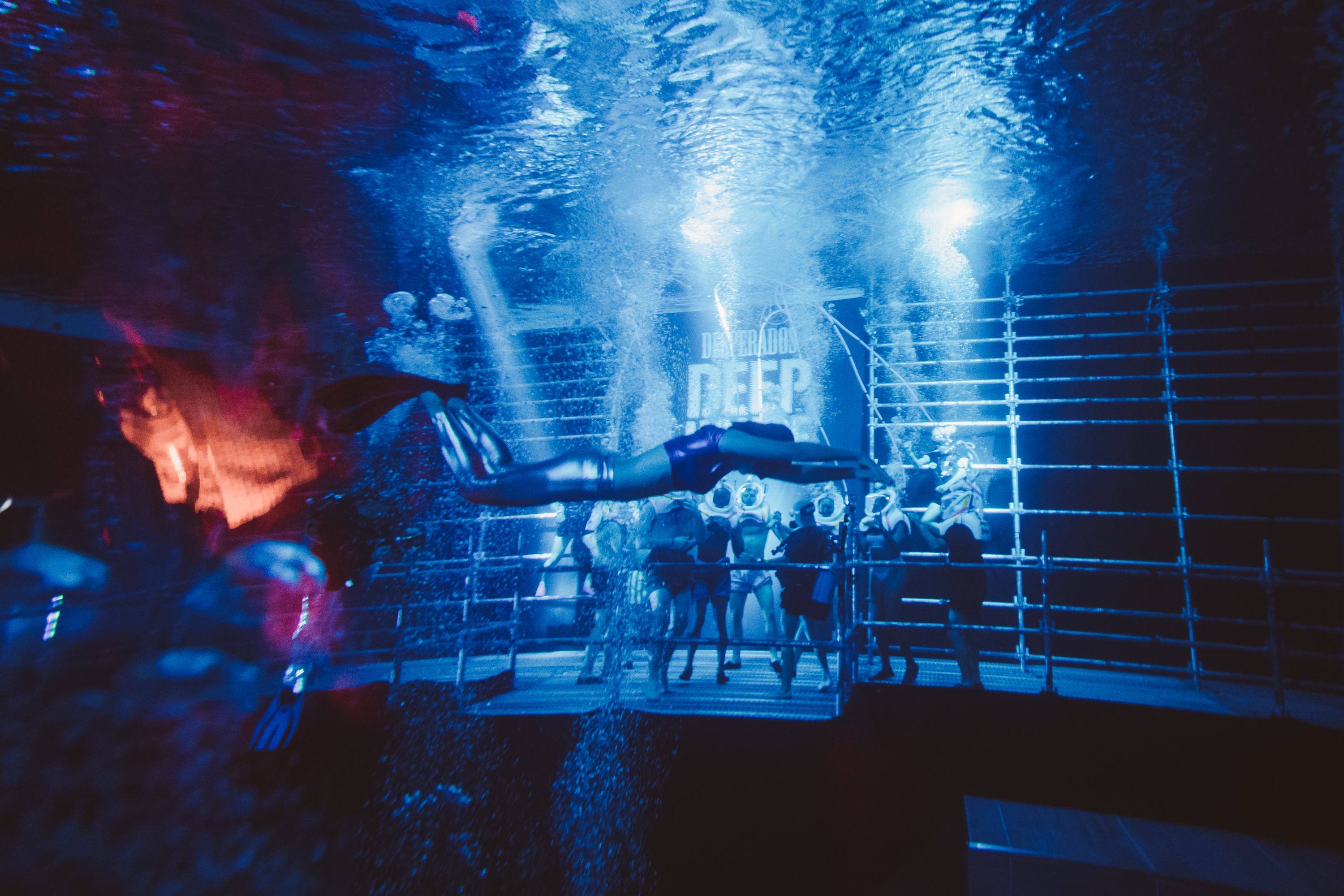 After putting on a helmet that makes us feel like we were about to launch into space, we slowly lower ourselves down a ladder into the pleasantly lukewarm water, at first freaking out that we’re going to drown and then realising that actually the helmet works, and what’s more has speakers that are pumping Artwork’s set directly into the air around our heads.

DJ Mag and our fellow #influencers settle down on a metal stage under the water as Artwork plays in a glass tunnel in front of us. It all feels a bit like a computer game; like we’re playable characters, and Artwork the final boss, except instead of lightning bolts he’s sending out acid house bangers.

One thing that is instantly noticeable is that it’s incredibly difficult to dance when you’re four metres underwater. And, after getting over the initial mind-blowing sensation of what is actually happening, this writer starts to feel a bit awkward that he's essentially standing around almost naked in front of a fully-dressed Artwork and a crowd of ravers. It is really weird, but ultimately it is really fun. 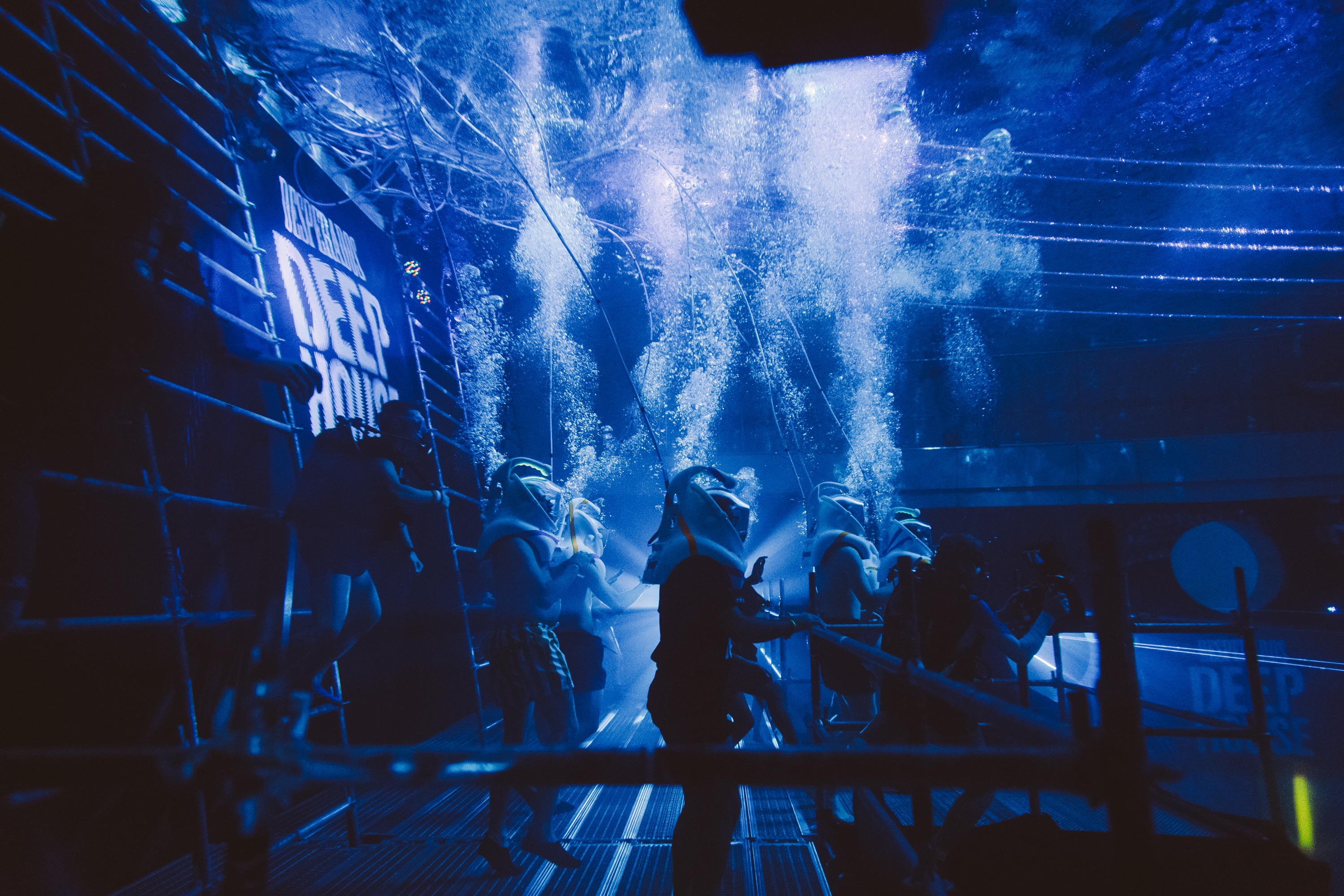 After that, we’re given the chance to freedive sans helmet and fuck around in the pool by ourselves, which actually feels a lot less claustrophobic and is more entertaining. We manage to fist-bump some ravers through the glass a few times and even stand on top of Artwork’s head for a decent drop, which, although not a personal life goal of ours, surely is for someone somewhere in the world — so whoever you are, that one’s for you.

We then have our moose thoroughly spruced in true Elrow fashion. Wth lovely pink wigs and some wacky make-up adorned, we’re in the mood for some classic Elrow action: namely, pounding tech-house pumped out onto a dancefloor filled with confetti, inflatables and people loving life. We manage to pop into the tunnel to catch a bit of Peggy Gou’s set, and even though she’s absolutely hounded by multiple people shoving phones in her face the whole time, she still plays an excellent bit of acid house which goes perfectly with the Atlantis rave vibe going on.

One massive qualm though: no DJ Stingray? What the fuck guys? This is literally the perfect place for him! 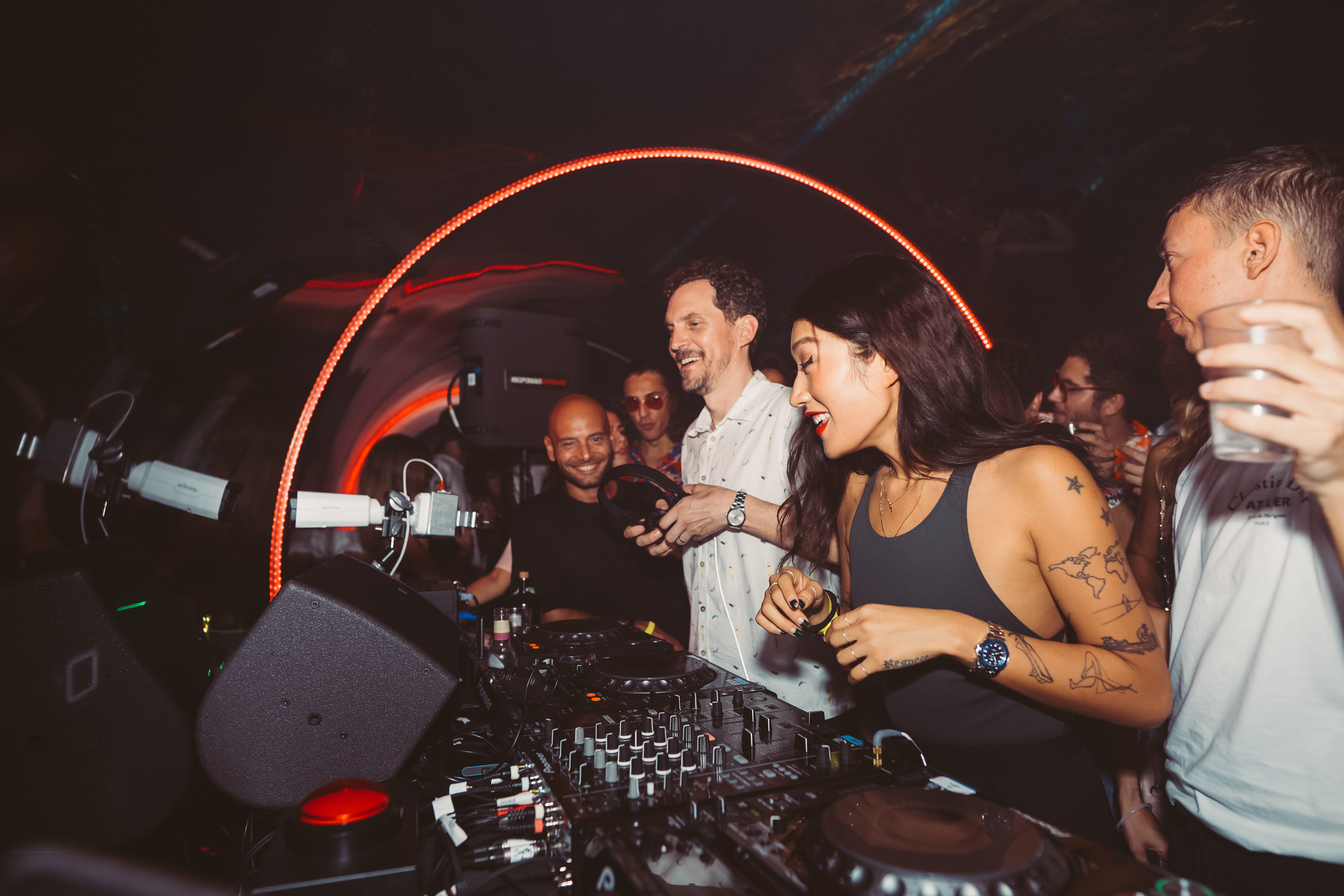 As the night careers on, aided and abetted by Desperados-infused cocktails and slush puppies, the house keeps pumping, the confetti keeps raining and the Elrow actors keep being zany.

There are those who are all too ready to bash branded events, but we have to admit it’s a totally unreal experience, unlike anything we’ve ever done before or will probably do again, and ultimately we’re lucky enough to experience it because Desperados want to push their name out a bit.

Is that really the end of the world? It depends how cynical you want to be. This journalist personally has no problem with branded content or branded events like this. At the end of the day, multinational corporations are the ones with all the money, so why not at least create incredible experiences with that? Is that really any worse than the current set-up of having a browser attacked from all angles by intrusive sidebars, autoplay videos and annoying pop-up adverts? Some might argue it’s more subliminal and intrusive, but at least it’s trying something new while doing it. Either way, Deep House is a once in a lifetime experience we’re glad to be invited to.

Want more? Find out what happened when we went to the first nightclub in space!