Wellies at the ready, it’s time for a festival (or three)! The summer has returned, or at least as much as it ever does in the UK, and with it comes swathes of festivals across the nation, continent and, you guessed it, the world. As per, we’ve trawled through the listings and put together a definitive list of the ones you really need to know about. So biros at the ready, get circling or risk kicking yourself come October...

WHILE his penchant for dropping the odd cheesy banger has divided fans online, Denis Sulta is unarguably a top DJ and leading light of the UK scene. Here he curates his own edition of FLY Open Air, inviting a who’s who of house talent: Seth Troxler, Gerd Janson, Jayda G, Or:la and Tom Trago.

IT’S a place where everyone’s welcome and you can even bring your kids to the rave. There’s plenty of extra-curricular activities, topped off with late-night parties in the woods. Catch Crazy P, Hercules & Love Affair, Man Power, Mr Scruff, Tim Sweeney, Optimo, Fort Romeau and Italojohnson to name a few.

A brand new fest with some serious attitude (read: artists). Björk, LCD Soundsystem, Sampha, Kelela, George FitzGerald live, ABRA, Mr. G live and Shanti Celeste are just a few of the names down for the inauguration, though we really could go on for quite some time...

A true family-friendly fest, Shindig sells out super-early every year, with music focused around disco, funk, breaks and the like — keeping it upbeat, essentially. Norman Jay MBE and Radioactive Man are among the highlights, along with Soul II Soul, Rodney P, Luke Solomon, Dub Pistols and Crazy P Soundsystem.

THIS weird and wonderful Bristol fest is back with yet more impressive production and possibly its best line-up to date. Headliners include the legendary Fatboy Slim and Mercury Prize winner Sampha, while stage hosts include Jackmaster, Percolate, Knee Deep In Sound, Futureboogie, Art’s House and local heroes Just Jack.

NOT only a successful festival but a conference to boot, AVA has quickly become a go-to for those hunting fresh talent. This year features Floorplan, Larry Heard (aka Mr Fingers) live, DVS1, Hunee, Helena Hauff and Job Jobse, and local stars from both sides of the border in Bicep, Saoirse, Or:la and Brame & Hamo. 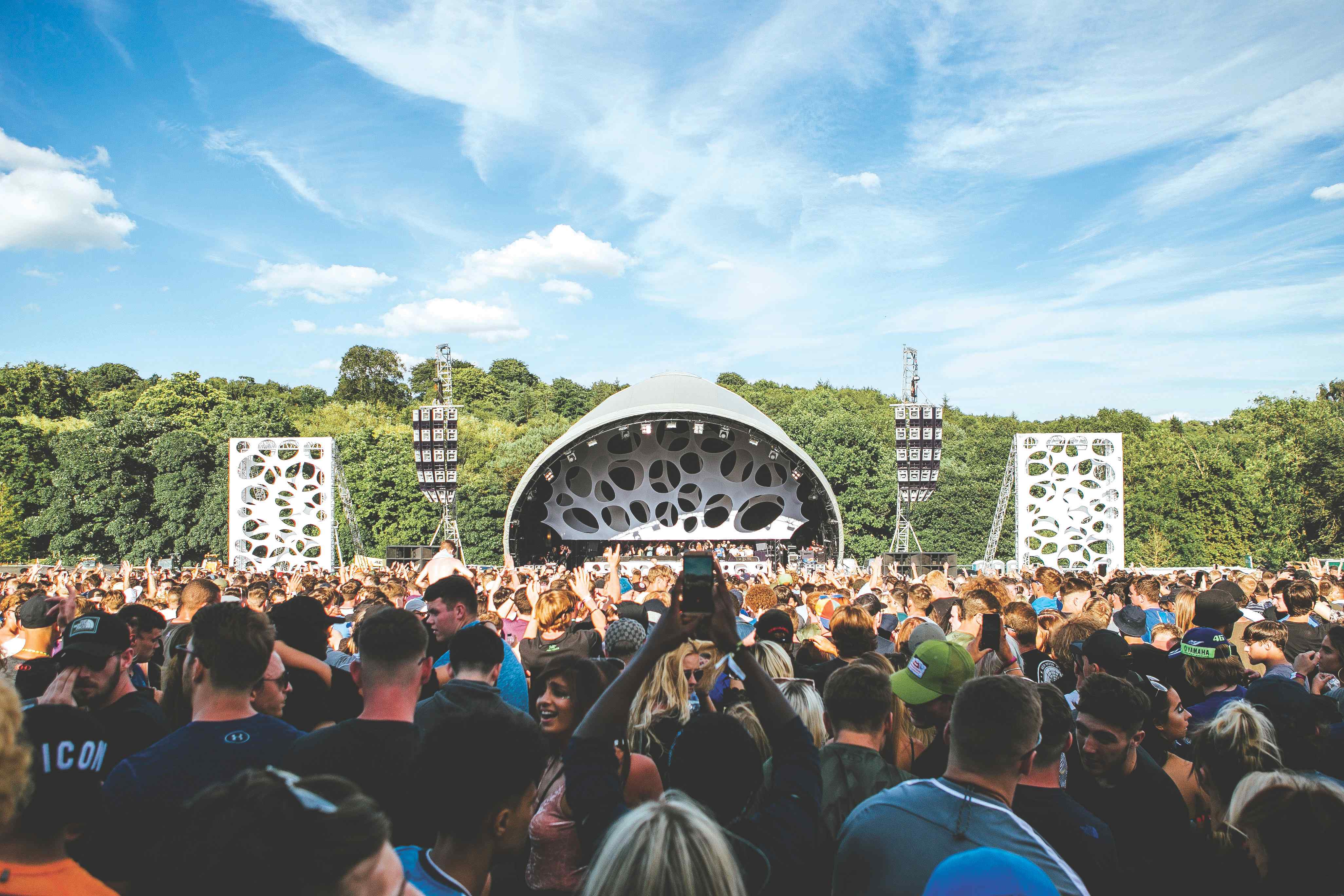 CONSISTENTLY impressive, Field Day leaves Victoria Park this year, settling south of the river instead — a move that could once and for all remedy the sound problems that have plagued the fest due to its inner city location. Barely Legal, Avalon Emerson, Daniel Avery, Helena Hauff, Donna Leake, NAO, Thundercat and Tzusing are billed.

YOU won’t find many people who’ve been to Gottwood who don’t return every single year. Unsurprising really, when they consistently offer acts such as Ben UFO, Andrew Weatherall, Hunee, Special Request, Avalon Emerson, Enzo Siragusa, DMX Krew and Rival Consoles, alongside a vibe that instantly makes you feel like one of the clan.

LOCATION:  Gottwood Forest, Anglesey
DATE: 7th - 10th June
PRICE: £165 - £175
STAFF PICK: Saoirse — one of the most skilled and unpredictable selectors on the circuit.

IN just two years, Junction 2 has become a rm favourite, with its mainstage underneath the M4 motorway already becoming an iconic location. This year sees back-to-backs from Adam Beyer and Carl Cox, Sonja Moonear and Nicolas Lutz, and six hours of Dixon and Âme. Plus Nina Kraviz, Len Faki, Maya Jane Coles...

THIS Mancunian staple is always strong, but this year the line-up looks better than ever. N.E.R.D headline, as does Skepta, while further down the pack the talent includes Green Velvet, The Black Madonna, Peggy Gou, Solardo, Earl Sweatshirt, Shanti Celeste and Jackmaster.

FROM the team behind Bliss elds (in case you hadn’t guessed already), Blisscamp has lined up a solid offering of drum & bass, breaks, disco and more. Norman Jay MBE and Justin Robertson are strong pulls and festival favourites Dub Pistols are set to perform too. Expect fun, family- friendly vibes! 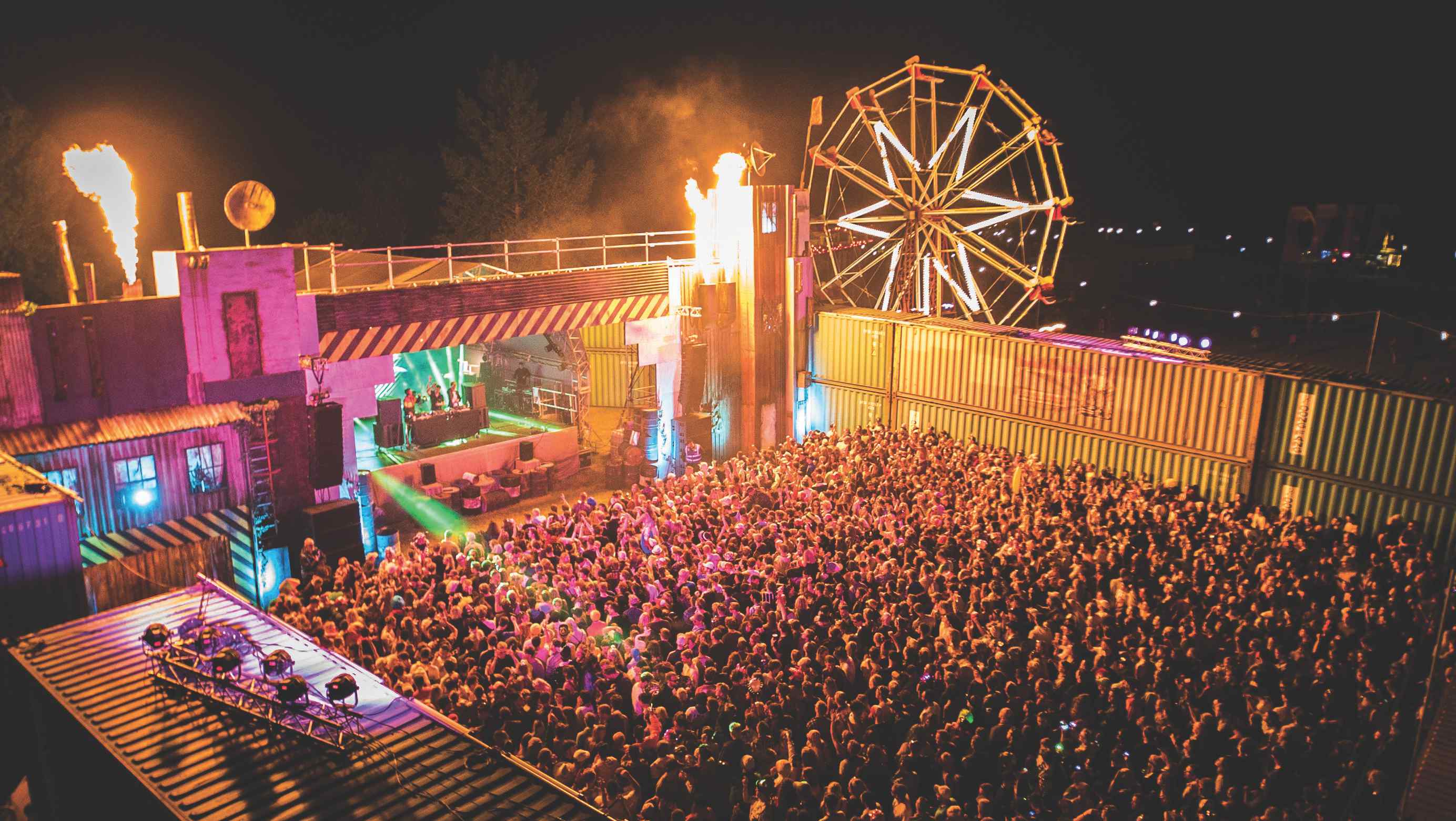 NOW expanded over Sunday for the first time, one of our favourite boutique fests boasts an even more discerning line-up, with Hunee, Mount Kimbie, DJ Stingray, Shanti Celeste, Call Super, Zenker Brothers, Interstellar Funk and Kelly Lee Owens just a few of those you’ll definitely want to catch in action.

COCOON IN THE PARK

CELEBRATING a decade since Papa Sven first set up his day-long summer bonanza in Leeds, this year’s event will be more than a teeny bit special. Along with Apollonia and Tale Of Us, the bossman also brings in a triple threat of Fuse talent with Enzo Siragusa, Archie Hamilton and Rossko all going b2b2b. 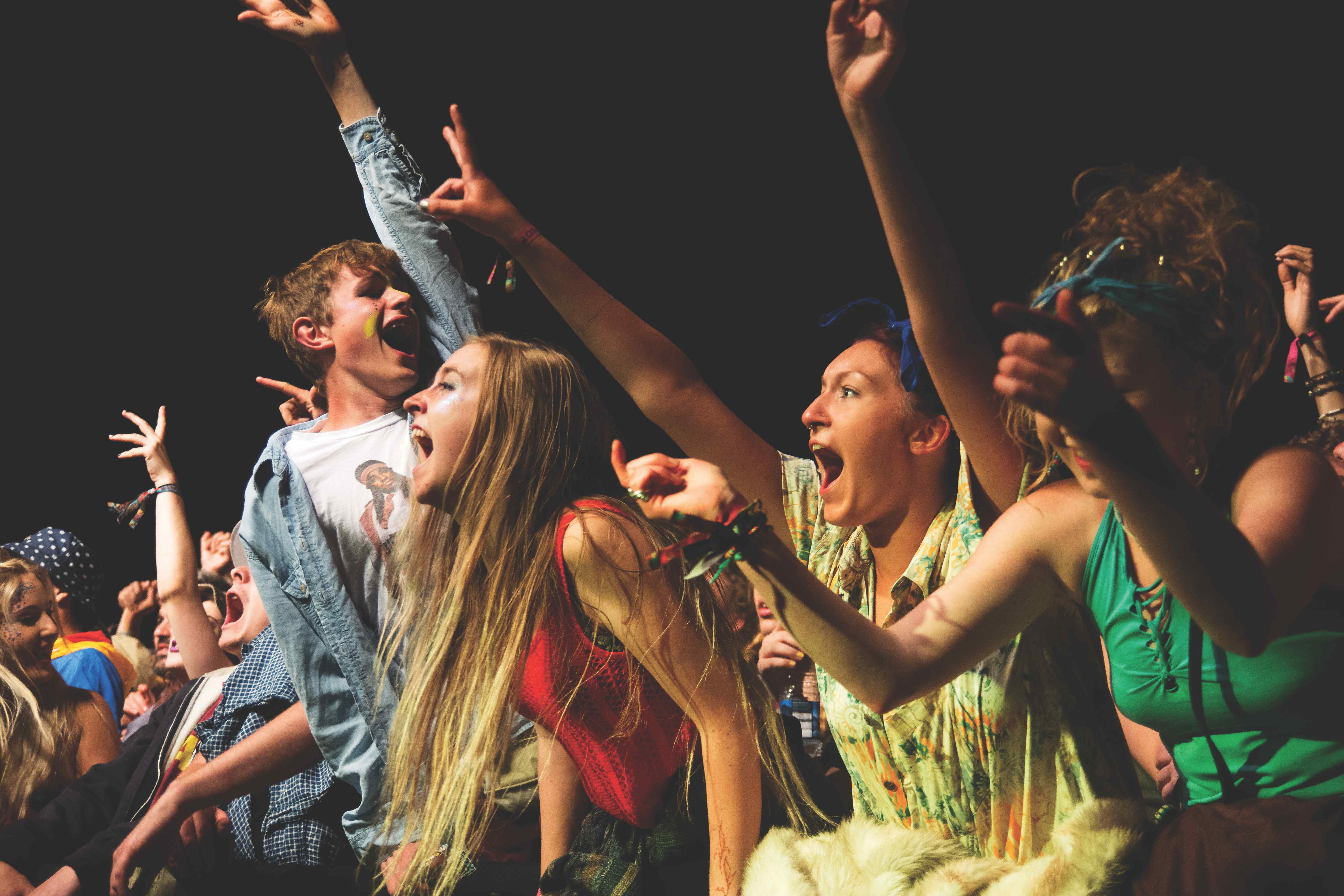 CELEBRATING 20 years in 2018, our favourite Herefordshire fest returns with Chase & Status, Goldfrapp, DJ Marky and hip-hop legend Grandmaster Flash. Plus DJ Mag Bunker will be teaming up with Metalheadz to present an all- star d&b line-up. Muddy mayhem with a family- friendly atmosphere and local beer — top-notch! 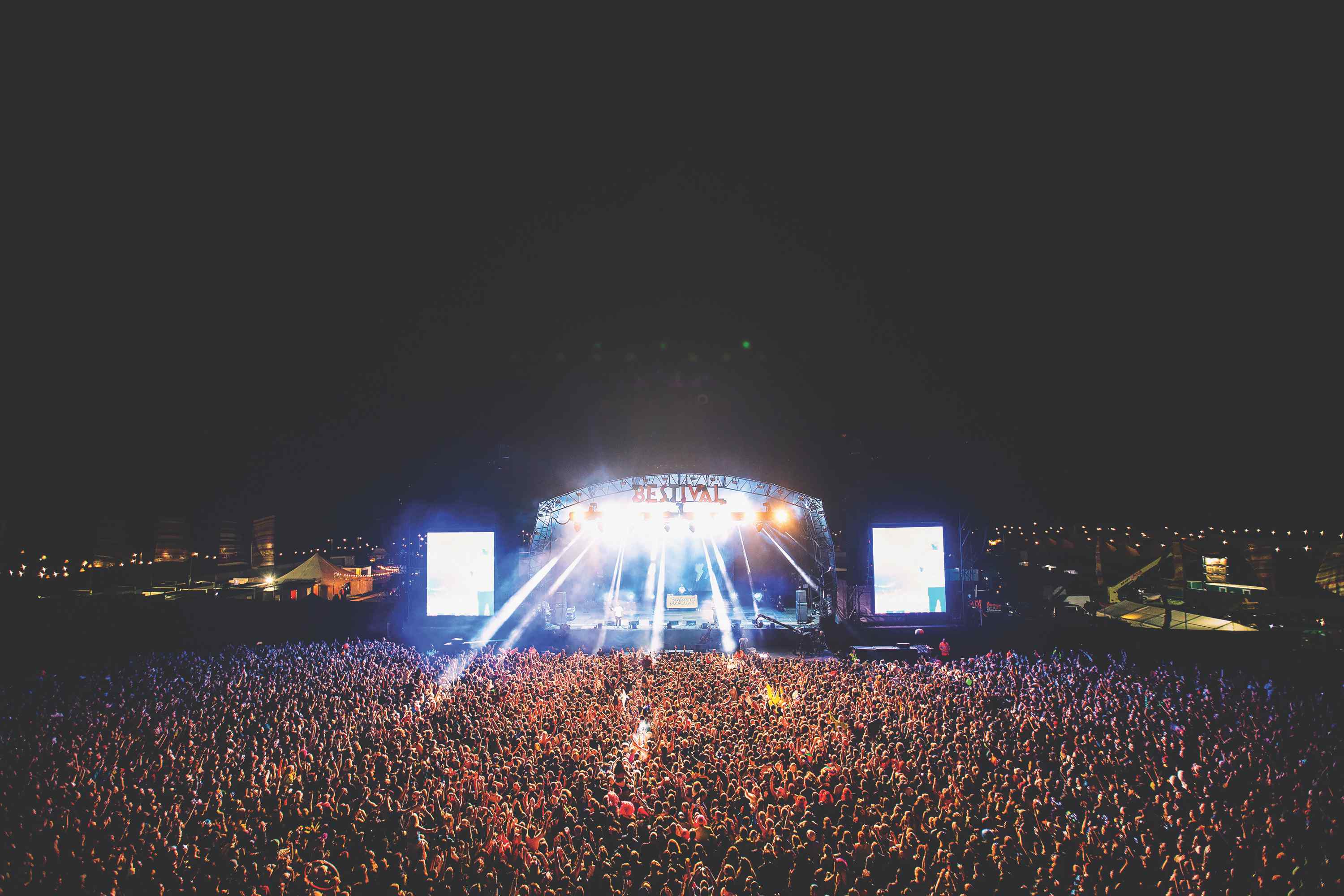 ROB Da Bank’s much-loved festival returns to the greenfields of Dorset. They have a wacky dress- up theme in store which keeps it colourful, as well as inviting some of the biggest acts around. This year Grace Jones, Amelie Lens, Bicep, Jorja Smith, Honey Dijon and Denis Sulta will be performing at the heritage Castle.

HOLD tight for a day of reminiscing your favourite house classics, in a eld, across six stages. What more could you ask for? The line-up is a transatlantic affair including Masters At Work, Danny Krivit, Derrick May, Todd Terry, Joe Claussell and François K. Time to go back to the roots...

CORNWALL’S nest is back! Hit the best waves in the UK for a surf session and check out some of the biggest names on the festival circuit, including megastars The Chemical Brothers, grime don Kano, Annie Mac, Fat Freddy’s Drop, Bicep, Booka Shade, Skream and Denis Sulta. Which way’s the beach?

IT would take a whole magazine to list everyone playing at the immersive megafest that is Boomtown this year, so here’s a few highlights just to whet your appetite: Gorillaz, DJ Zinc b2b Eats Everything b2b Special Request, Denis Sulta, Honey Dijon, Foreign Beggars, The Herbaliser, Kings Of The Rollers, Romare (full live band)...

BILLED as “a lovely London festival”, Artwork’s latest Art’s House endeavour ups the ante following his XOYO residency and Best Club Night win at our Best Of British awards 2017. The man himself is joined by “his holiness” DJ Harvey, and there’ll be all sorts of wacky decoration and oddball bits to get up to we’re sure.

TICKETS to Saturday’s event with Paul Kalkbrenner and co. have already sold out, but fear not: Sunday tix are still available for a headline show from Fatboy Slim, which will see Elrow’s Sambodromo do Brasil and Psychedelic Trip themes combined with Fatboy’s own eye-popping production! Confetti, anyone? 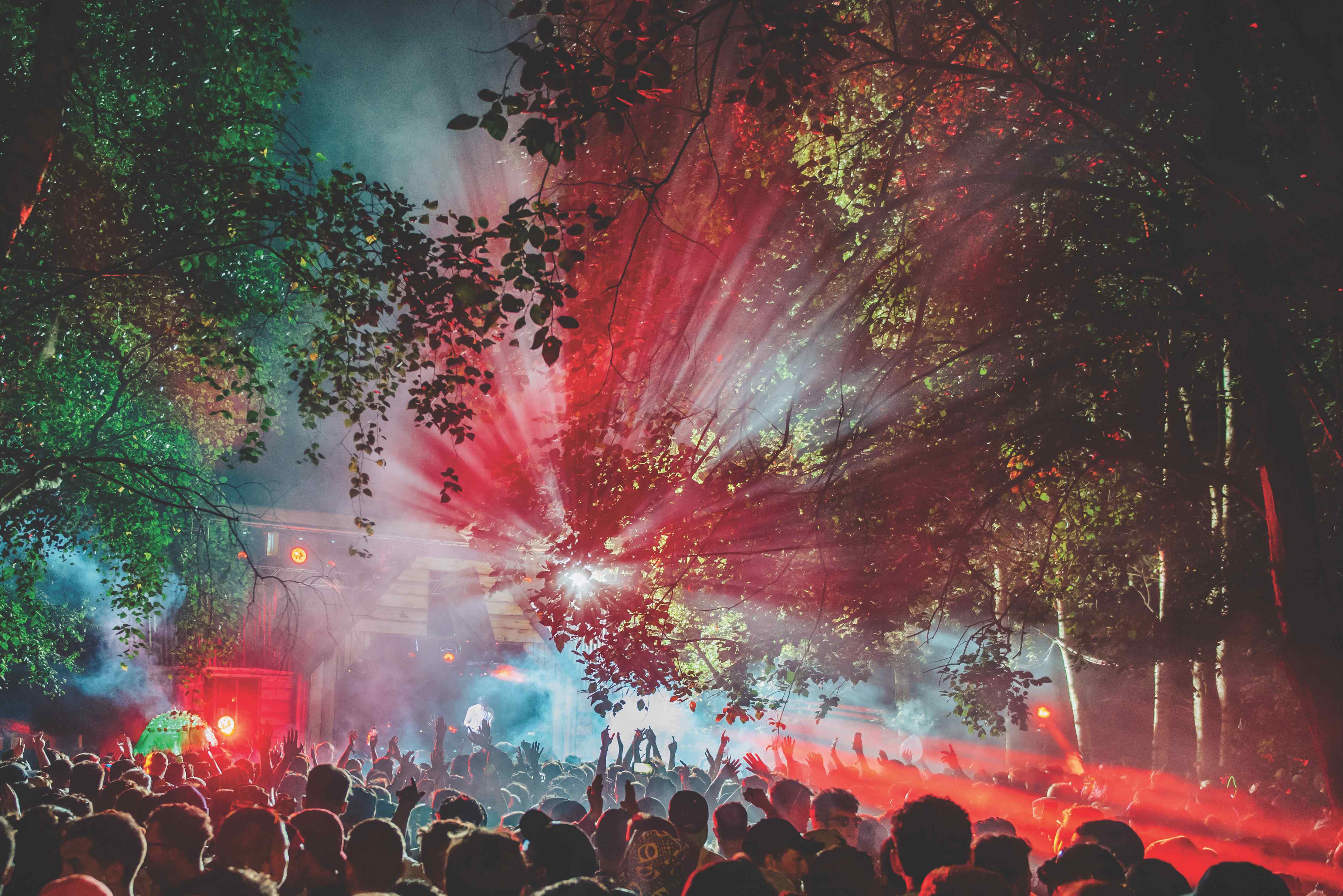 NESTLED away in the woods and with a strong emphasis on costume and performance to create a spellbinding experience, Lost Village backs up the weirdness and wonderful surrounds with acts such as Four Tet, 2ManyDJs, tINI, Molly, Horse Meat Disco, Awesome Tapes From Africa, DJ Harvey and Peggy Gou.

Festival run by longstanding Northern Irish party starters Jika Jika!. Having scored some cool names like Green Velvet, Stef , Charlotte de Witte, Patrick Topping, Denis Sulta, Octave One (live) and Louisahhh, this will certainly be a launch to remember and a strong basis to build on next year.

YEAR in year out, SW4 consistently books the biggest names in dance music. One of the few UK fests to offer EDM, this year sees Marshmello and Armin Van Buuren headline on Saturday, while Sunday’s bass bonanza nds Chase & Status live, DJ EZ and Andy C at the top of the pile.

WITH One Tribe festival taking a fallow year, the team focus in on their other event Audio Farm. This year boasts Blawan, DJ Sneak and Special Request amongst others — and as it’s a non-pro t event raising money for animal welfare charity, Green Paw Project, we really can’t see any reason not to go.

TINY by today’s standards at just 700 people, Field Maneuvers is the ultimate boutique festival, with attendees said to feel more like family than festival-goers. The music isn’t half bad either, with Shanti Celeste, Dr. Rubinstein, rRoxymore, Jane Fitz, Violet amongst the talent announced so far.

HOSPITALITY IN THE PARK

THE UK’s only d&b-led fest just gets better and better. High Contrast live, Kings Of The Rollers, dBridge b2b Nu:Tone, classics sets from Breakage and LTJ Bukem, Goldie, Ocean Wisdom live, Mefjus b2b Calyx & Teebee and sooo much more. Plus the Med School warehouse will be back and bigger than ever!

IT’S still a bit early in the year for news on Nic Fanciulli’s annual get-together, which turns six this year. Judging by the fact Nina Kraviz, Carl Cox, Helena Hauff, Black Coffee and The Martinez Brothers all played last time, however, we can safely assume 2018 will be another massive year.