Solid Gold: How 'Dig Your Own Hole' redefined The Chemical Brothers' sound

Solid Gold: How 'Dig Your Own Hole' redefined The Chemical Brothers' sound

DJ Mag’s Solid Gold series revisits and examines the ongoing significance and influence of inspiring electronic albums throughout history. This month, we examine the impact of The Chemical Brothers' seminal, era-defining LP, 'Dig Your Own Hole' , how it changed their creative trajectory and catapulted them to global stardom

'Dig Your Own Hole' was perhaps not the best electronic album of the 1990s. But there is an argument to be made that it was the most representative, an album that united many of the dance music trends of the decade, while simultaneously blazing brilliant new trails for other acts to follow.

With the release of their debut album, 1995’s ‘Exit Planet Dust’, The Chemical Brothers were still seen in many quarters as representing the lingering remnants of big beat: a fun, if rather shallow, mid ’90s dance phenomenon that combined rock music structures with electronic production. After 1997’s ‘Dig Your Own Hole’, however, it was impossible to see The Chemical Brothers as anything but their own men, a legacy that has stayed with them until today. Open up a new Chemical Brothers album in 2018 and you genuinely don’t know what to expect, from shiny trance fusion to soil-worn psychedelia. This is the legacy of ‘Dig Your Own Hole’, an album that radiated ambition and adventure, as Tom Rowlands and Ed Simons matured as producers, growing up without ever growing old.

‘Dig Your Own Hole’ is an album that can be cut in many different ways, an album that is packed with stories. Within the album’s opening five tracks alone you can find big beat Chemicals (opener ‘Block Rockin’ Beats’, an improbable minor hit on Billboard’s Modern Rock Tracks); electro Chemicals (‘Elektrobank’); hip-hop Chemicals (‘Piku’, whose lolloping groove foreshadows later collaborations with MCs Q-Tip and k-os); and Britpop Chemicals (‘Setting Sun’ with Noel Gallagher, a vast UK hit in the summer of 1996). What is telling is that, even when The Chemical Brothers aren’t at their most adventurous — ‘Block Rockin’ Beats’ could have fit fairly squarely on ‘Exit Planet Dust’, while the duo had already gone down the indie guest vocal route on ‘Life Is Sweet’ with The Charlatans’ Tim Burgess — there is a real confidence to their sound, as if they had taken everything they achieved on their debut album and rendered it in Technicolor. 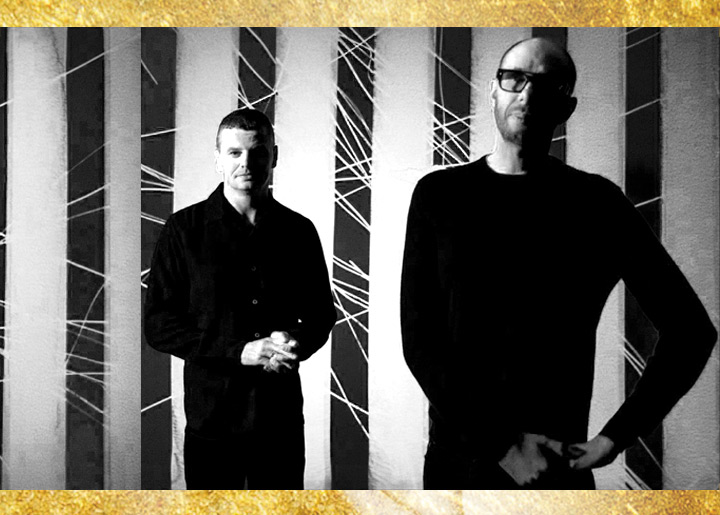 ‘Dig Your Own Hole’ really comes into its own from track six onward. ‘It Doesn’t Matter’ and ‘Don’t Stop The Rock’ — tracks six and seven, respectively — were originally released in June 1996 as ‘Electronic Battle Weapon’ 1 and 2, 12-inch promos for DJs to test out in clubs. And it shows: the former is a frantic, Chicago house influenced piece of four-four that could have fit onto Daft Punk’s ‘Homework’, while the latter, rather ironically, seems to entirely stop the rock in The Chemical Brothers’ sound, replacing it with bleeps, sub bass and a pounding kick drum that leans towards techno. The Chemical Brothers’ music was always popular in clubs, but these were the first songs to take their sound out of the backroom and onto the main dancefloor, where house and techno generally ruled, laying the ground for later dance hits such as ‘Star Guitar’ and ‘It Began In Afrika’. That Rowlands and Simons did this sound so well was a slap in the face for more serious dance fans, many of whom turned their noses up at the riotous fun on ‘Exit Planet Dust’. ‘Get Up On It Like This’, track eight, adds a Latin flavor to The Chemical Brothers’ pot, courtesy of a sample from John Schroeder’s ‘Money Runner’ and some frantic conga work, while ‘Lost In The K-Hole’ — a very ’90s title — is almost a funk jam, an admirable looseness shaking up its grooves. It closes a remarkable 50-minute selection of songs that showcase the different ways in which The Chemical Brothers can take the listener collectively up. The album’s crowning glory, however, comes when The Brothers switch gear in the last two songs and demonstrate that they can bring us gently back down, too, then off into the ether.

Simply put, the album’s closing duo of ‘Where Do I Begin’ (featuring Beth Orton) and ‘The Private Psychedelic Reel’ (with Mercury Rev’s Jonathan Donahue on clarinet) is one of the best closing gambits in any electronic music album. ‘Where Do I Begin’ is the perfect encapsulation of early-morning, after-the- after-party confusion, Beth Orton’s frail vocal poking through the wavering guitar backing like light creeping through the curtains when you’ve been up all night, lending a warm, fuzzy beauty to the befuddlement. It is the most gorgeous song in The Chemical Brothers’ armory, and single-handedly rescued the frazzled minds of numerous ravers at the tail end of the ’90s.

The song’s waft of psychedelia continues into ‘The Private Psychedelic Reel’, the most ambitious song The Chemical Brothers have ever recorded, combining a sitar hook, great shimmering walls of noise, a clarinet freak out and a stirring chord sequence into a nine-minute masterpiece of psychedelia that you can genuinely lose yourself in. The song takes its name from a recording The Beatles were alleged to have made to soundtrack their acid trips and, incredibly, it actually lives up to its moniker. The Chemical Brothers were big Beatles fans, referencing Ringo’s driving, lopsided beat to ‘Tomorrow Never Knows’ on ‘Setting Sun’. But it is on ‘The Private Psychedelic Reel’ where they approach their idols’ grandiose sense of psychedelic adventure, creating an absolute monster of musical liberty.

It is a fitting closer for an album that remains almost unparalleled in electronic music for scope and adventure. Individually, the 11 tracks on ‘Dig Your Own Hole’ are fantastic; collectively they add up to a milestone of musical ambition, one that stinks of the sheer possibility of the electronic sound. In many ways, ‘Dig Your Own Hole’ is a nostalgic album, a reminder of an age in which Britpop, rock, beats, clarinets and psychedelic reels were united in the hearts of open-minded ravers. But it is very forward-looking too, its genre-hopping foreshadowing the post-genre pop world in which we now live. The Chemical Brothers didn’t just dig their own hole back in 1997, then; they dug out a new space for everyone.

Want more of our Solid Gold series? Read our features on Aphex Twin and Motorbass.

the chemical brothers Dig Your Own Hole Chemical Brothers