The festival's line-up is unarguably varied, with dance acts joined by some of the biggest names in pop and beyond. These include high-flying UK baritone Rag'n'Bone Man, German hip-hop duo SXTN, and Dua Lipa, who, amongst other things, is known for her vocal work with EDM superstar Martin Garrix, clocking up more than 1billion YouTube views, and winning two of her five 2018 Brit Award nominations.

Meanwhile, outspoken critic of rave, Liam Gallagher, Friendly Fires, The Weeknd, Imagine Dragons, The National, and The Wombats represent guitar-focussed sounds. Tickets for the event are on sale here, and cost €79 for a single day pass, with the full priced at €139. 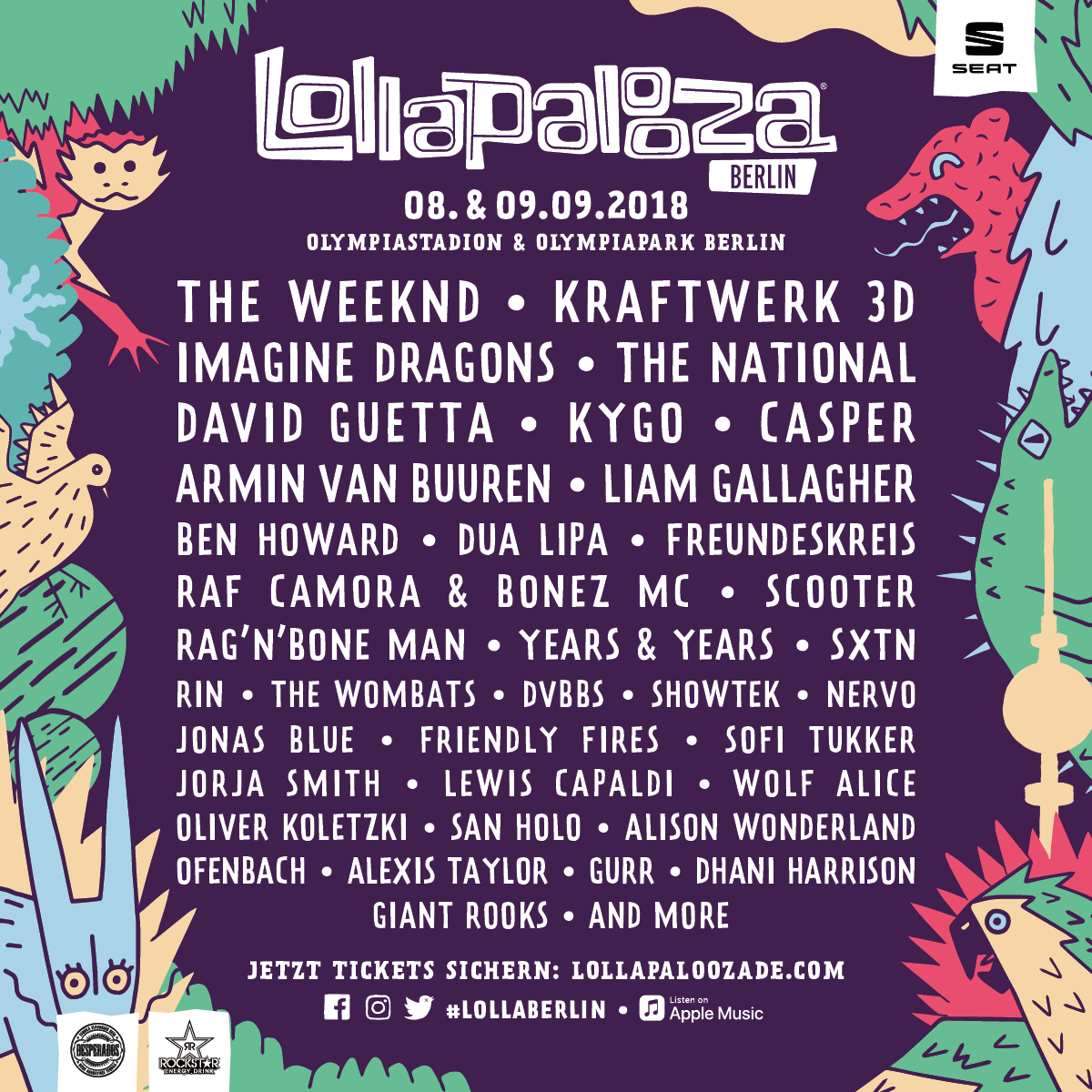