We meet up with the Bristol-based producer and DJ to talk his new release on Intec, his relationship with Carl Cox, and whether he prefers DJing or dinosaurs...

"It’s dreams come true stuff,” says Eats Everything, aka ever-jovial Bristolian Dan Pearce, when we talk to him about his debut release on Intec. A long-standing fan of the label started by Carl Cox and now run with Jon Rundell, his two-tracker (out now) — featuring ‘Bettah’ backed by ‘No Seatin Available’ — not only marks his own confidence in finally making techno, a process he puts down to a less-is-more approach in the studio, but also kicks off a series of back to back gigs between Dan and Carl.

It’s also representative of a new, harder sound that has developed over the last few years. With another release on Dense & Pika’s Kneaded Pains label, at ADE Danwill be rattling the fittings alongside Pan-Pot at Second State x De Marktkantine on 17th October. He’s not gone completely techno, techno, techno, techno though, he’s at pains to point out, his own stage at ADE’s Dockyard Festival on 20th October seeing him joined by friends including wAFF and Skream...

With this more techno sound, are you no longer a DJ who plays everything?
“I’ll always play everything. After hardcore and jungle, techno was the first music that I ever got into. At 13 or 14 years old I started listening to Trevor Rockcliffe, Dave Angel and people like that. Even when I first became Eats Everything, I played a bit of techno in my sets. I just couldn’t make it! Now I can make the techno that I love. I’ve been playing it for four or five years, it just seems I’m now getting booked on more techno-focused line-ups. I’d never pigeon-hole myself as a techno DJ. Carl Cox isn’t a techno DJ, he’s just a DJ. I’m not comparing myself to him at all, he’s the best there’ll ever be, but you’d never just call him a techno DJ.”

"I’m now getting booked on more techno-focused line-ups. I’d never pigeon-hole myself as a techno DJ"

Tell us something you’ve learned about Carl that his fans won’t know?
“When you play for him at Space, all the DJs stay at his villa the night before. You have dinner, a nice sleep, then breakfast together. It creates a great camaraderie. The first time
I stayed there it was really nerve-wracking. I got there and Dave, one of the promoters, and Ian, Carl’s manager, welcomed me in. Ian said, ‘Carl’s just in there watching Poirot’, and I went ‘Cheers mate’, as they’re such jokers. Then I went next door and there he was watching Poirot re-runs, which is fucking weird because it’s shit!

“After the gig we had a bit of an after-party, then went to bed. Carl obviously went to bed straight away, then mid-afternoon after we’d had some food, Austin Powers in Goldmember was on TV. So Ian and his girlfriend and me and my tour manager were sat watching it on TV. I’ll never forget it, there’s a bit where Beyonce says ‘Tell me something I don’t know’ and Austin Powers replies ‘I once open-mouth kissed a horse’, to which Carl Cox falls off his seat in hysterics of laughter. For a Carl Cox fan in his house, me and my tour manager were like, ‘What the fuck is going on?’ Carl Cox is laughing at someone snogging a horse. So there’s something you don’t know about Carl Cox. He finds people snogging horses funny. It’s never going to leave my memory.” 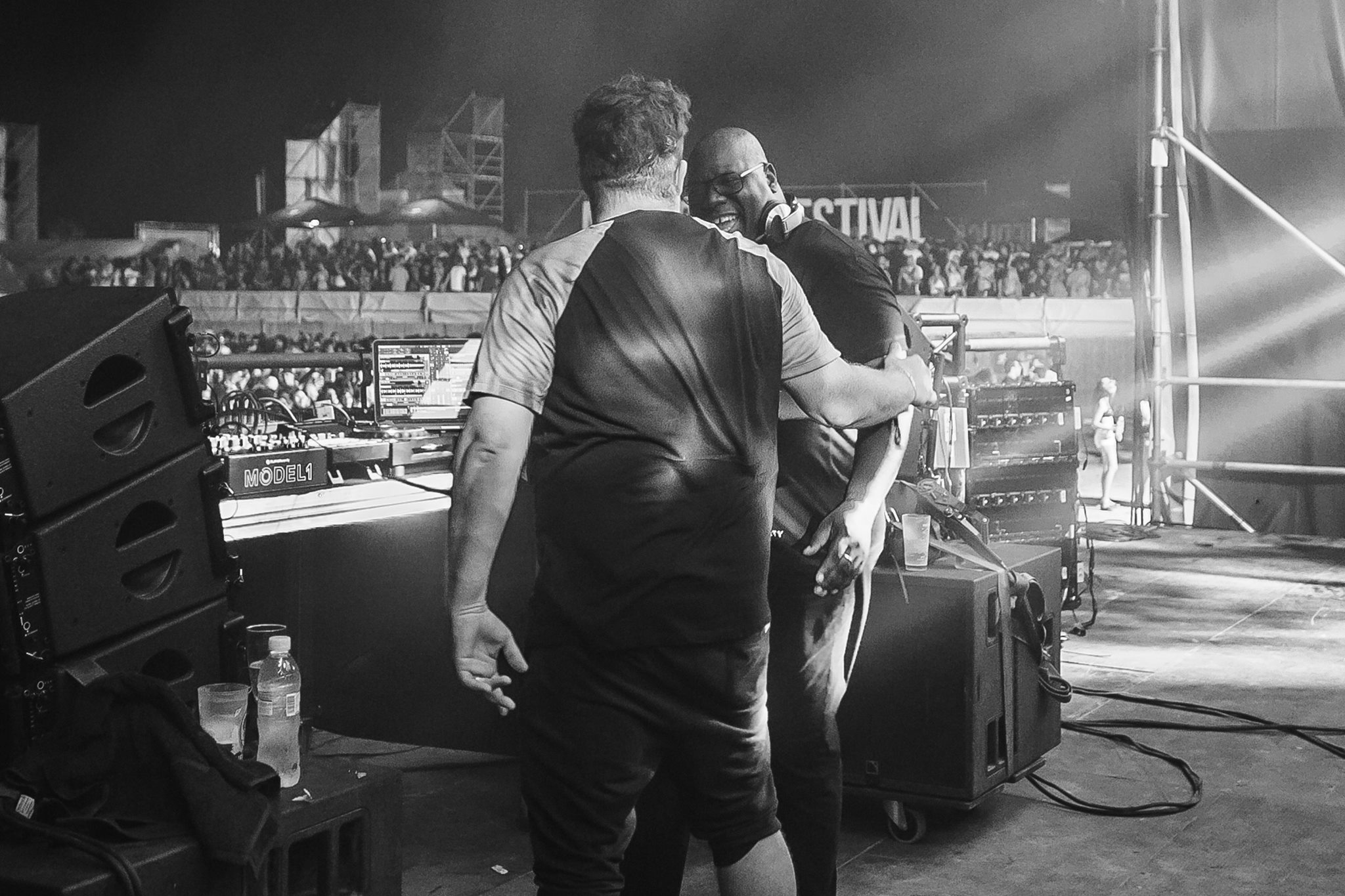 On the subject of animals, you brought your son with you when you played at the Natural History Museum with Skream. Did he prefer the music or the dinosaurs?
“He loves dinosaurs, they’re his favourite thing in the world. It’s a bit Rain Man-ish, I’m almost concerned. He got into them when he was three, he’s four-and-a-half now and he’s only getting more into it. He can tell you about 70 or 80 different types. But he almost loves Reel 2 Real’s ‘Move It’ more than dinosaurs. I played that for him and he was properly getting down. I’d say it was a draw. I even got him in the studio the other day and replayed the bassline, then got him on the mic with loads of delay. When I’ve had a play with it I’ll send it to DJ Mag and you can do a World Exclusive.”

Great! Can we confirm that you still eat everything as well?
"I didn’t eat meat for the first six weeks of the year just to see if I could. I could, it wasn’t hard, but it didn’t seem to make any difference health-wise. So I thought fuck it and started eating meat again. Thank god, because it’s bloody tasty!”