Heir to the throne: what's next for Ibiza's DJ empires? | DJMagAdmin.com Skip to main content

Heir to the throne: what's next for Ibiza's DJ empires?

Heir to the throne: what's next for Ibiza's DJ empires?

Can you imagine Cocoon without Sven Väth? How about Paradise without Jamie Jones? Or Music On without Italian techno don, Marco Carola? Ibiza’s biggest club brands rely on the star power of their founders to make bank, but what happens when these legends eventually want to retire? DJ Mag’s digital editor Charlotte Lucy Cijffers investigates who will inherit dance music’s most powerful empires...

Charlotte Lucy Cijffers
Facebook Twitter WhatsApp
What does it take to build an empire? For a DJ, it’s buckets of experience, unrivaled musical taste and hard-earned industry nous — but rulers rarely craft their kingdoms alone. A strong leader can make or break an empire, with many lucrative, multifaceted brands built off the profile of a single legendary artist. There are countless big brands that have exploited this tried and tested model, with label-cum-party- promoters like Cocoon, Music On, DirtyBird, Anjuna, Drumcode, Toolroom and many others all bolstered (and bank-rolled) by the status of their founders. But what happens when — inevitably — these legendary artists no longer want to perform? Who will be there to fill their boots for fans and the pockets of investors? Who will be the next DJ to reign over their kingdoms — who is next in line for the crown?

Rome wasn’t built in a day, and nor were dance music’s most lucrative brands — many of which stretch back at least a decade or more. Most of their founders also share a similar, carefully-mapped trajectory: they’ve penned legendary club records, they own influential labels, and — most crucially — they throw superclub-sized parties. It’s the holy trilogy of moneymaking in the dance music biz — a way for big artists to spread themselves over a myriad of projects, putting their personal stamp of endorsement on each as they go.

These types of DJs also tend to develop a cult of personality to sit alongside their critical achievements, a veil of mystique or intangibility that attracts fans old and new in their droves. I’m talking about the kind of star power you can’t possibly teach — like Carl Cox’s smiley, magnanimous nature or Sven Väth’s wild, on-top-of- the-decks dance routines. It’s a mythic status held by only the top tier of legendary DJs, achieved via hard graft, a dash of luck and possessing a certain je ne sais quoi. 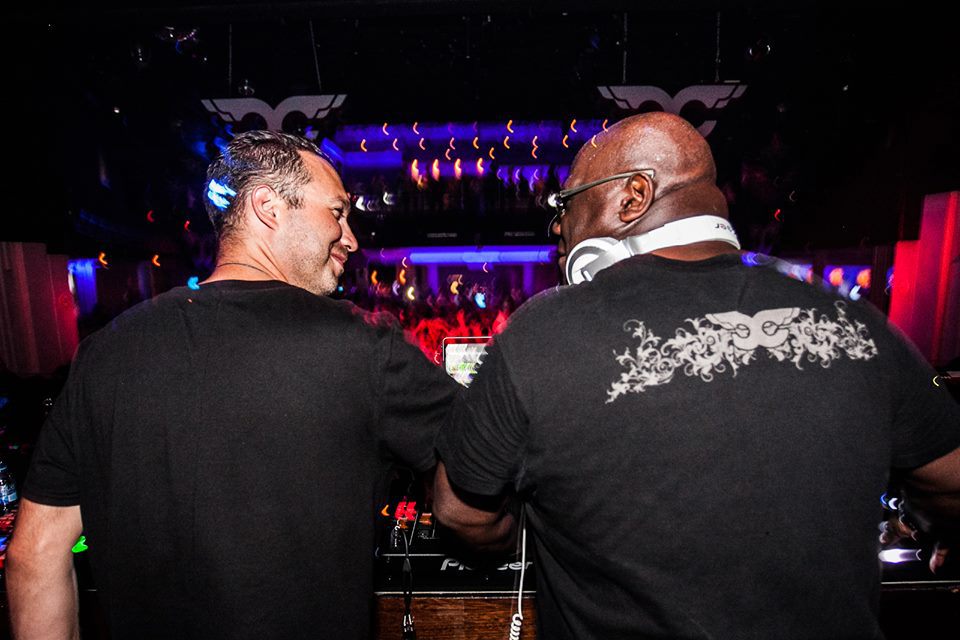 But it’s not just clever strategy or natural magnetism that makes acts like Cox and Väth stand the test of time. Many legacy acts also earn the right to act as gatekeepers for their fans, gathering a collective of smaller, up-and-coming artists around them to form a crew. A stamp of approval from a music legend has helped bolster the careers of countless DJs — even more so since the advent of social media — with talented acts like Nicole Moudaber, tINI, Jon Rundell and Nic Fanciulli all benefiting from the benevolence of techno king Carl Cox, for example.

Collectives in music are nothing new. The tradition reaches back to the formative days of disco and beyond, with legendary labels like Motown, Epic, Salsoul and Stax featuring a rotating gaggle of writers and artists. Each member benefitted from the heightened prestige of their combined achievements, with many groups organically trading singers, musicians and producers within the label collective.
Similarly, hip-hop has always been a crew-heavy genre, with groups of rappers, hustlers and beat- makers banding together to elevate themselves out of poor, mostly-black communities. The same can be said of techno’s origins in Detroit, with influential artist collective Underground Resistance mentoring much of the Motor City’s second wave of techno legends, namely Carl Craig and Richie Hawtin. In short: music is often better when we do it together.

Skip forward to 2018 and crews like Ed Banger, Dekmantel, Dim Mak and countless others have proved to be way more than just labels or parties, instead pumping out reams of touring DJs who remain intrinsically tied to the imprint. The benefit of a collective — on the surface, at least — is mutual. Bigger artists get the chance to help smaller acts break through the noise, while populating their parties and labels with affordable talent with room to grow. Most often, the legendary artist continues to be the money-maker — the primary draw card at events alongside high-value production and a mega soundsystem. These acts also often play the last set of the night to keep punters in the club as long as possible, heightening the vibe (and the bar spend). 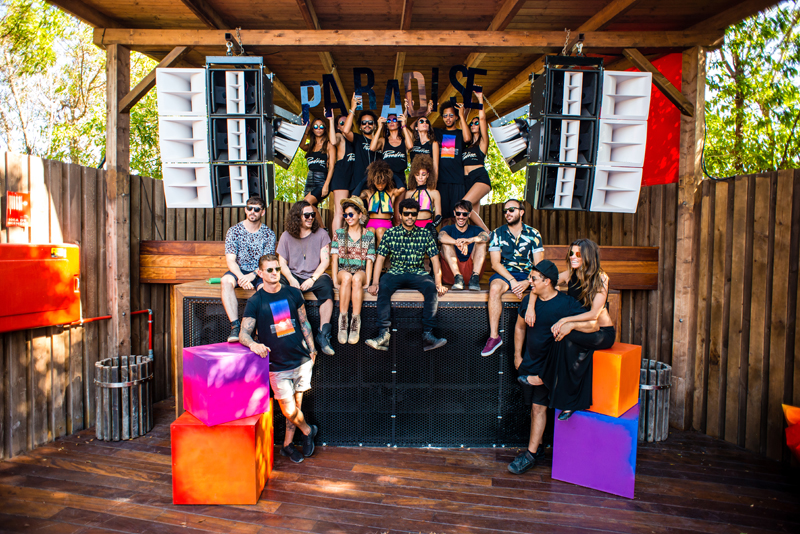 So what happens when a dance music brand’s breadwinner wants to retire? I’ve coined it the ‘Heir To The Throne Syndrome’, and it’s a conundrum facing a wealth of successful party brands in dance music right now. No more so than in Ibiza, where collectives like Sven Väth’s Cocoon, Marco Carola’s Music On and Jamie Jones’ Paradise are built around the expectation of a headline set from their founders. And sure, fans are more than happy to watch a show from brand affiliates like Ilario Alicante, Joey Daniel or Robert James as an entrée, but the real hook of the night still rests on the shoulders of the brand’s originator. The challenge is even tougher for parties that put their artist front and center in the title — Carl Cox & Friends and Luciano & Friends both spring to mind

It would be cynical to imply that all collectives only ever form as a result of good business acumen — there’s personal benefits for the artists involved too. Jones is famous for keeping a tight-knit crew of close friends around him, bringing in many of his old party pals into work for him under his Hot Creations and Emerald City imprints. Many big DJs often employ people they’ve known before they became famous — seeking the loyalty and solidarity that comes from friendship, rather than financial investment.
“I think it’s very hard for young DJs to know who to trust, especially now that there’s so much money involved,” Jamie Jones told me in Ibiza in 2016. “But I have been lucky that I’ve always had a strong group of friends who have consistently supported me.”

Sometimes friendship isn’t enough to keep a crew together. There’s been a slew of widely-publicised break-ups over the decades, where an artist (or artists) have exited a collective to make it on their own. Back in 2011, Magda, Marc Houle and Troy Pierce’s mass exodus from Richie Hawtin’s Minus imprint raised eyebrows, with Madga saying they found being tied to a label collective creatively limiting. “With Minus we were just artists on a label,” Madga told Resident Advisor at the time of the split. “There's always limitations when you're not the owner of a label. There's a totally different feeling to doing something on your own.”
To be clear: this is no bad thing — established artists shouldn’t feel shackled to the legacy acts that first gave them a leg-up, though it does demonstrate the difficulty facing collectives trying to satisfy artists’ competing creative agendas.

Joseph Capriati at Amnesia for Music On (2014)
In clubland, Joseph Capriati’s exit from fellow Italian techno don Marco Carola’s Music On party in 2016 was one of the industry’s most high-profile splits. The real reasons behind Capriati’s sudden departure remain a mystery, with Music On now pumping their energy into new ambassadors like Joey Daniel, Leon and, most noticeably, Paco Osuna. That same year Darius Syrossian’s well-publicised feud with Steve Lawler’s Viva Warriors demonstrated just how bitter these types of bust-ups could become — although the pair seem to have since put the disagreement behind them.

Could the secret to longevity be putting the inference on the party, not the headliner? Elrow have adopted this formula better than most, focusing on the ‘experience’ rather than an all-star cast of ticket-driving headliners. They’ve sold out Amnesia shows with smaller billings than their fellow superclub competitors, perhaps because their party offers more than just waiting for the headliner to arrive. Other big club-nights like Hï’s Tale Of Us- led Afterlife have batched together acts of similar profile to alleviate this pressure, splitting the party across several headliners (Ben Klock and Solomon, for example) in different rooms. 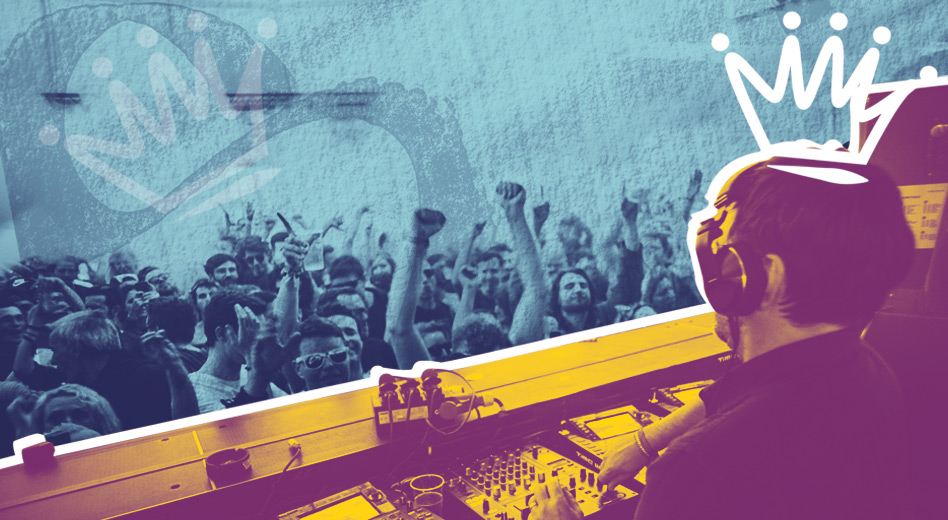 Of all Ibiza’s artist-fronted mega brands, Paradise seems best poised to take the weight of Jones’ eventual slow-down — he’s only human, after all. Over the last decade or so, the collective has brought up young guns like wAFF, Richy Ahmed and — most successfully — Patrick Topping in Jones’ wake, although none of them now DJ for his brand exclusively. Music On and Cocoon have similarly tried to bolster artists to support their founders on larger line-ups, perhaps with an aim for one to eventually reign supreme years from now. The jury’s out on whether they’ll ever be able to find an act with enough star power to replace their founders. Can a party empire really survive without its master? Ultimately, only time will tell.

Read her story on the changing definition of EDM or her tribute to Avicii here.