Get to know: Shy One | DJMagAdmin.com Skip to main content

Get to know: Shy One

Get to know: Shy One

Shy One is one of London's most versatile DJs, spinning everything from grime UK hip-hop to classic house and beyond. We catch up with Mali Larrington-Nelson to talk eclecticism, community and production...

DJ and producer Shy One has never been afraid to be different. Her artist name might suggest a timid nature, but her approach to dance music is anything but. Shy One boldly assembles elements of her many influences into electrifying DJ sets, and tracks that combine brightly hued electronics with club-damaging beats. Her fresh approach has led to shows on hot London radio stations Balamii, Rinse and NTS, and releases on Japan’s Diskotopia label and Scratcha’s DVA Music.

When she was growing up in Harrow, West London, Shy One (real name Mali Larrington-Nelson) was obsessed with grime and garage. At 14-years-old, she landed a DJ gig on a community radio station at her local youth club, before graduating to pirate station Hot 96. Even then, her musical tastes were diverse.

“The show was mixed genre,” Larrington-Nelson says. “We’d play garage, R&B, dancehall, hip-hop.” In parallel, she was making beats on Fruity Loops for grime MCs, though some described her instrumentals as “weird” and “different”. It was this originality that caught the ear of bass music outlier Scratcha, who put out her 2012 debut album ‘Bedknobs And Boomkicks’: a feast of synth-heavy UK funky rhythms. 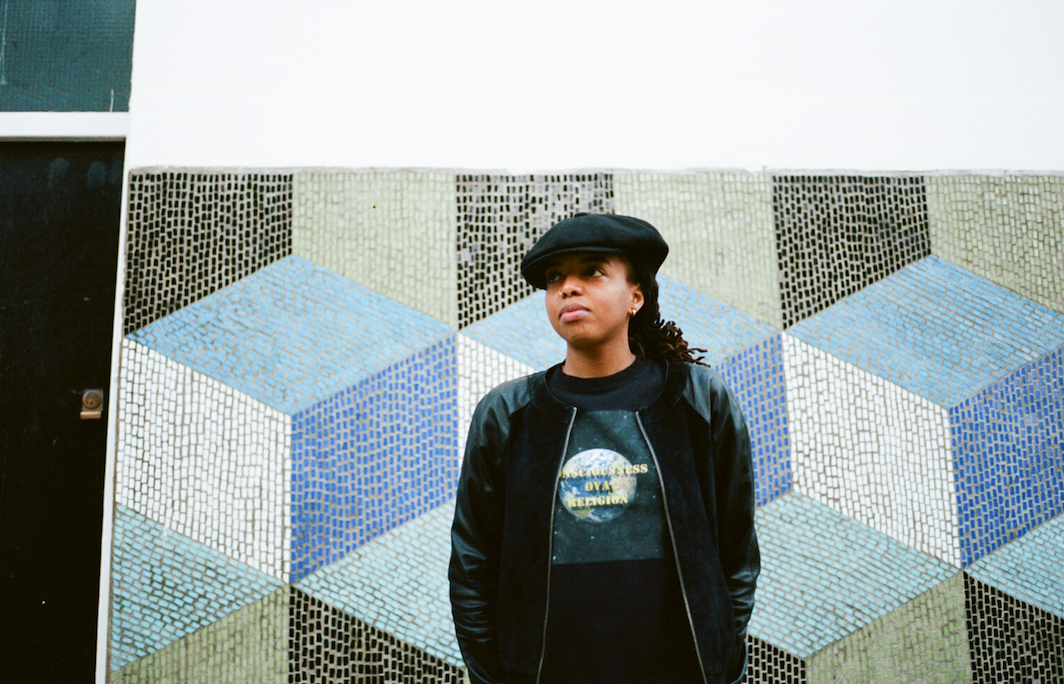 Since, Shy One’s DJ sets have come to encompass an all- embracing array of dance styles influenced by her London upbringing. Hear her on Balamii now, and you can expect everything from broken beat to house and UK rap finding the common ground between them all.

“That eclecticism comes from me finally realising that being a specialist DJ or focusing on one genre wasn’t true to me or my past or my influences,” she says, “because all these other genres are what I listen to everyday, and are what influence me even when I make a grime beat. Hearing this music and being brought up on it is where I get my style and my ear from.”

Larrington-Nelson’s productions continue to display an affection for grime, and less expected ingredients: 2017’s ‘Waterfalls’ EP contained the sinuous neon lead lines and polyrhythmic percussion of the title track, in addition to the bass-heavy footwork and d&b influenced ‘Refreshed’, and the jazzy vocal cut ‘Rid Of You’, featuring Aisha Zoe.

Beyond her DJing and beat-making, Shy One is also involved with the Touching Bass and BBZ collectives: the former celebrates the vibrant history of black British club culture and puts on club events, while the latter aims to create safe spaces for London’s marginalised gay and transgender communities. “Where those two collectives overlap, it’s all about community and building up this trust and respect,” she says.

Larrington-Nelson has plenty of forthcoming projects, including the soundtrack to her collaboration with performance artist Victoria Sin, and a new EP on Astral Black with MC Kwam. “It’s six tracks, all 140, 145bpm. It’s grime, but it’s my grime,” she says.

In addition, she’ll be building an installation for BBZ’s appearance at Afropunk New York, and paying tribute to the broken beat sounds that have so inspired her throughout her career. “I need to get a broken beat-inspired project out,” she concludes. “This year I’m mostly known for my affiliation to that, so I need to drop something.”

Shy One henry wu Ikonika Scratcha get to know

Features
Get To Know: Maara

Features
Get To Know: Eusebeia

Features
Get To Know: Huey Mnemonic