The Fugees announce world tour to celebrate 25 years of ‘The Score’ | DJMagAdmin.com Skip to main content

The Fugees have announced a world tour to celebrate 25 years of ‘The Score’.

Marking the release of the iconic 1996 record, and their first live tour in 15 years, Lauryn Hill, Wyclef Jean and Pras Michael are reuniting as The Fugees for a 12-date tour.

'The Score' was the second and final studio album from The Fugees before they disbanded in 2005 after citing creative differences. The LP sold 22 million copies worldwide, and certified seven times platinum in sales by the Recording Industry Association of America (RIAA).

Speaking about the reunion, Lauryn Hill said: “The Fugees have a complex but impactful history. I decided to honor this significant project, its anniversary, and the fans who appreciated the music by creating a peaceful platform where we could unite, perform the music we loved, and set an example of reconciliation for the world.”

Jean added: “As I celebrate 25 years with the Fugees, my first memory was that we vowed, from the gate, we would not just do music we would be a movement. We would be a voice for the un-heard, and in these challenging times, I am grateful once again, that God has brought us together.”

You can check out the dates for the reunion tour, which is set to make stops in New York, Los Angeles, London and Paris, and an as-yet unannounced date in Ghana, below.

Earlier this year, Lauryn Hill become the first female MC in history to receive diamond certification for her 1998 solo album, 'The Miseducation Of Lauryn Hill'. 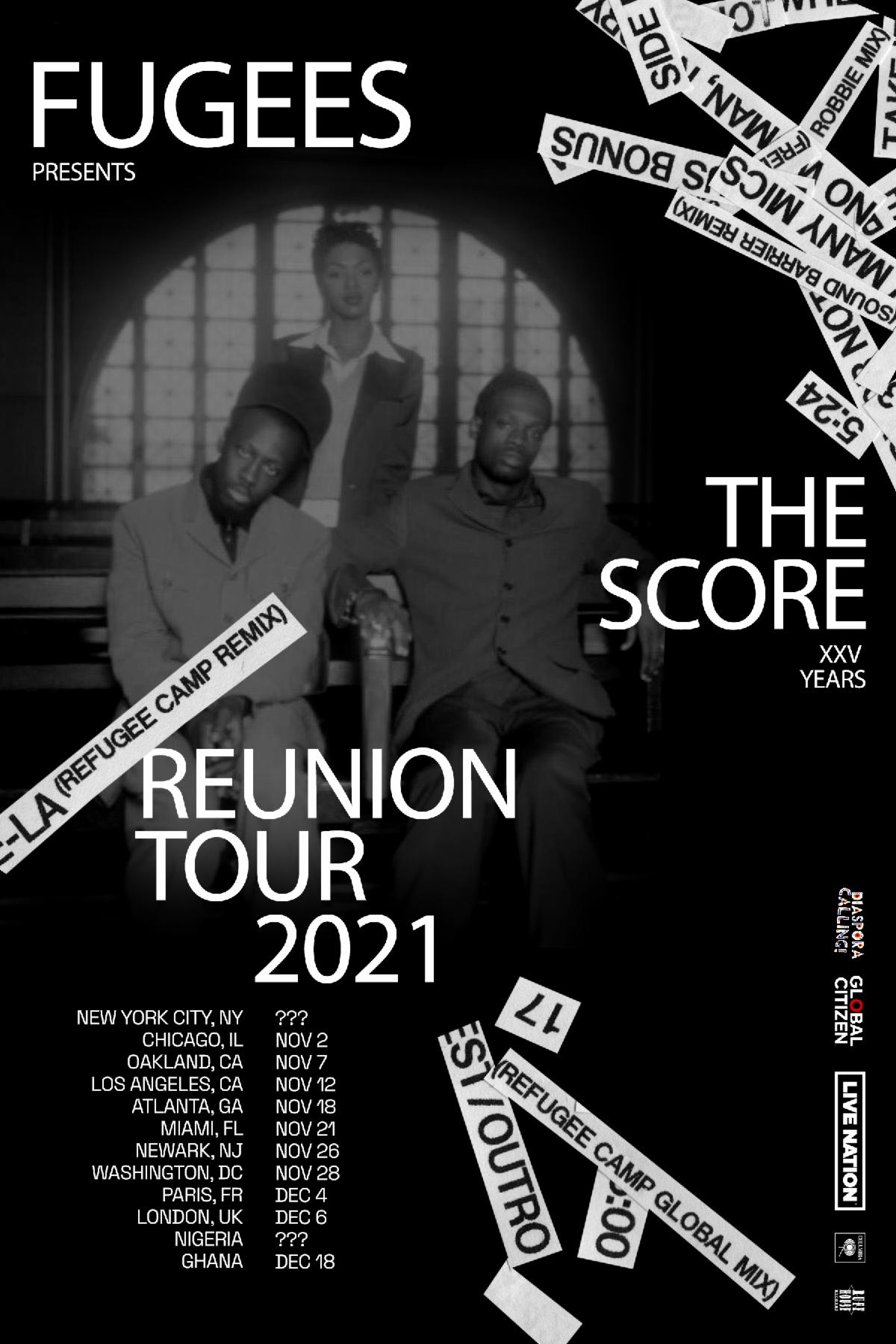