One of Uganda's most vital talents, Kampire has been breaking onto the global scene thanks to her electrifying, rhythmic DJ sets and activism. Ahead of her set at No Bounds Festival this weekend, we catch up with the DJ and writer as she serves up an hour of superb rhythms from across East Africa and beyond...

There is a unifying force at the heart of Kampire Bahana’s work. For several years now, the Ugandan DJ and writer has been at the helm of the country’s dance music scene, inspiring crowds throughout East-Africa and, more recently, across Europe and beyond. In striving not only to create an electric atmosphere on the dancefloor but also to unite a vast community in the fight against oppression and marginalisation, Kampire has quickly become one of the most vital figures in the continent’s club cultural sphere.

Born to Ugandan parents and raised in Zambia, the DJ has spoken previously about how her upbringing inspired a strong appreciation of pan-African cultures from an early age. It resonates throughout her sets, in which contemporary and traditional styles merge to create a vibrant energy that once caught, is impossible to shake. Sounds veer with rhythmic flair from tropical bass, Kuduro, East and South African house, Congolese music, Acholitronix, Afrobeats and Soukous, all combining to give underrepresented artists and genres the platform they deserve. 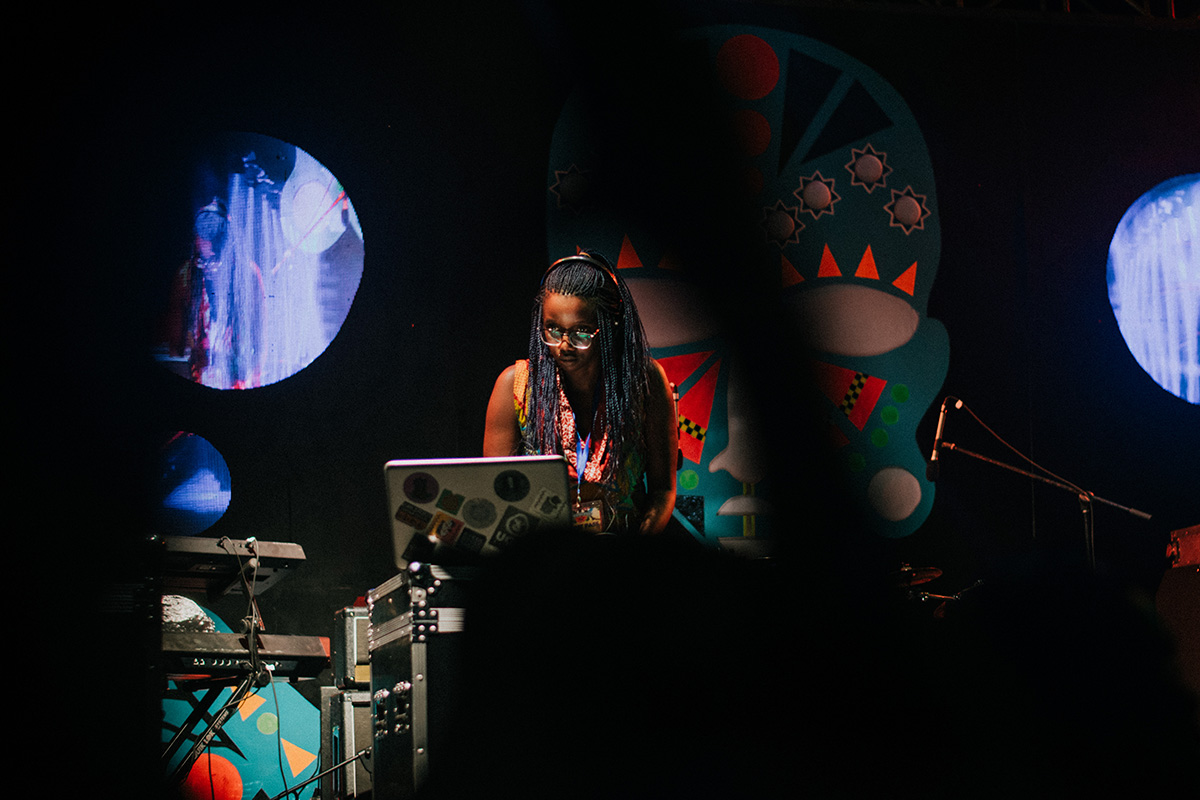 A core member of Uganda’s Nyege Nyege collective – whose label we’re also suitably obsessed with - Kampire broke up an extensive European tour this summer to play at Nyege Nyege festival in the Ugandan town of Jinja. The annual event – more on which you can read below – is yet another testament to the unifying power of what Kampire and her peers do. A progressive, LGBTQ+ positive festival in a country where oppression and marginalisation are rife for women and minorities, it served once again to give a global platform to a youthful and determined community that is more mobilised than ever before.

Ahead of her continued European tour that will see her playing at Unsound, Sheffield’s No Bounds festival, London’s Bussey Building and more, we caught up with Kampire to learn more about her vibrant sound and vital work.

She also served up an hour of exceptional tracks that is guaranteed to have you on your feet for its 60-minute duration. Play loud. 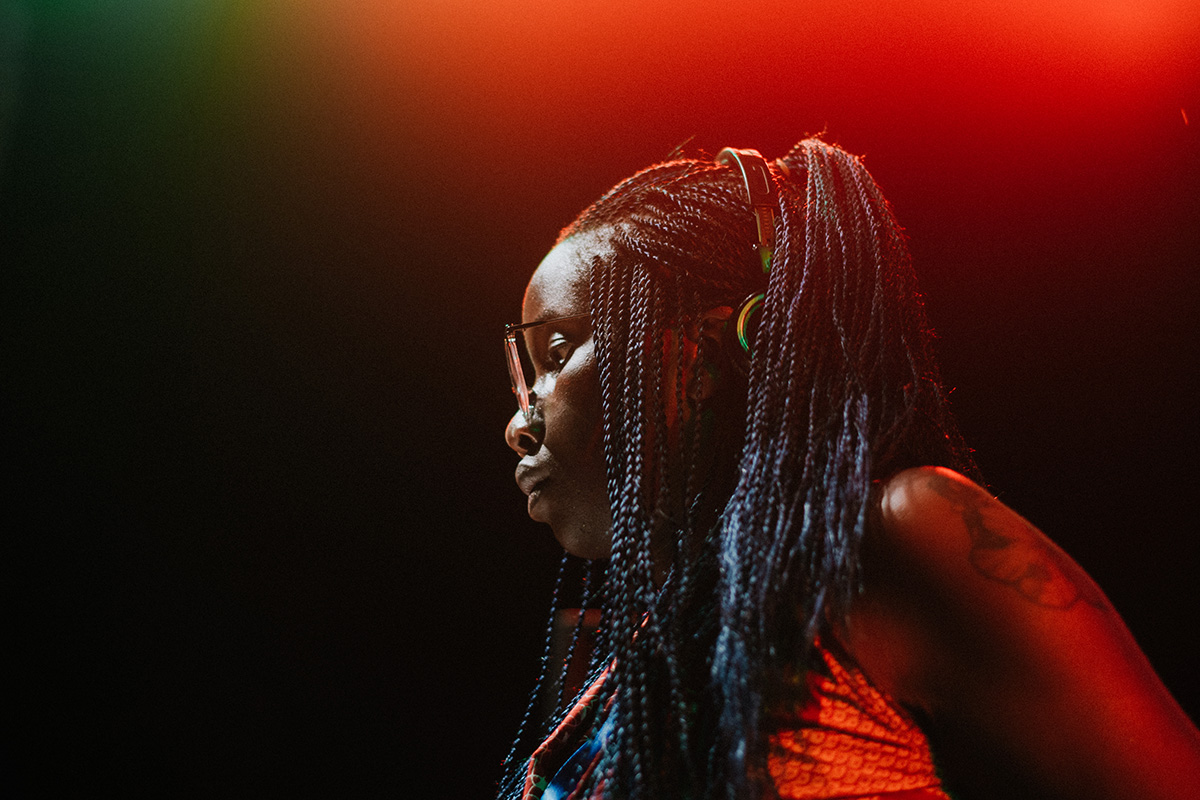 Hi Kampire. How’s it going? How has 2018 been for you so far? What have been some highlights?

"I'm great! 2018 has been a whirlwind. I'm currently on my 2nd international tour and I'm very excited about visiting China and Japan for the first time. I saw and played for the biggest crowd in my life this year at Sonar. It's been incredible to be able to play at both big and small European events and have people really get down to music from the African continent and Diaspora."

Nyege Nyege Festival looked amazing as ever this year. How was it? Given the challenges faced as a result of the Ugandan minister for ethics and integrity calling for the cancellation of the festival, did it all feel more socio-politically resonant than even before?

"It felt especially good this year to see everyone show up for Nyege Nyege Festival more vivacious and vibrant than ever. Few people throw or even go to a good party with the intention of being political. I became a DJ because I love music and wanted to hear the tracks I love on a massive soundsystem. But clearly there is something inherently political about young, female or queer people getting together to dance. So it was meaningful to see so many Ugandans turn up to reject fake news and false moralising and not forget all the challenging realities of daily life, but for a few days, exist beyond them."

The environment of openness and freedom that Nyege Nyege champions feels incredibly relevant to young people in Uganda. What is the mood among the forward thinking youth of the country now? How do you feel it has evolved in recent years? What contribution do you see things like Nyege Nyege having on that?

"Space for engagement in Uganda is threatened at many levels, from social media to opposition, to press to civil society. And young people who represent the biggest demographic slice in Uganda are rightfully fed up with it. As the country (and the world) becomes more unequal we need spaces where people can mix across class, where women and sexual minorities can participate on equal footing. We need artists and creators, to have economic opportunities outside of funding from European cultural institutions and develop local audiences and markets for East African music; Important music that engages with African music in the past and takes its future to new directions.

"Acholitronix, which was only played at Acholi weddings and parties and never on mainstream radio in Kampala has found an audience at Nyege Nyege parties and internationally. DJs like myself and producers like Slikback are touring internationally thanks to the work of the festival and its two labels Nyege Tapes and Hakuna Kulala. It feels like people are paying renewed attention to East African music, and are interested in engaging with it equitably and with intention." 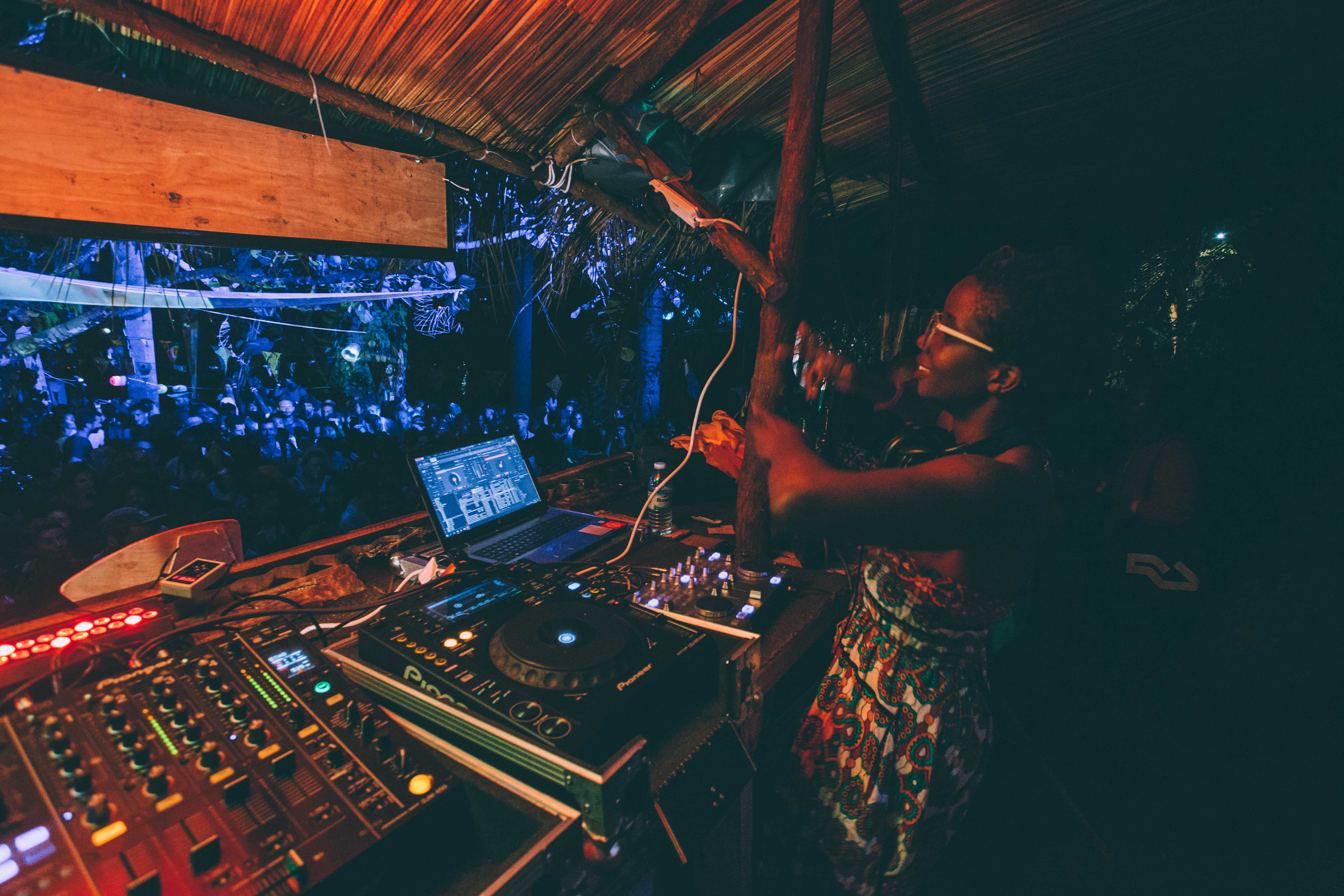 The treatment of women throughout much of in Africa has been a focus of a lot of your written work. What changes have you observed in recent years in women’s striving for equality in your surroundings? Particularly among artistic and musical communities...

"Perhaps simply as a function of the time I have grown up in the treatment and participation of women has been a central question. My mother and grandmother's generations fought for women's equal access to education and economic opportunity and passed those fights on to us. We've seen these rights for women become accepted, at least in the mainstream, but there are still some advancements for women that continue to receive virulent opposition in Uganda and worldwide. I think the current #MeToo moment is part of that.  Sexual abuse against minors especially girls is a massive problem in Uganda, the second most common crime, and too many women, particularly in rural areas are still crippled by lack of education, early marriage, unequal care work and domestic violence. Yet feminist arguments for women's progress in Uganda are still seen as the theories of bitter divorcees and ‘Twitter feminists’.

"Fighting for women's space in the arts for me is just a function of being a women in the arts. If I wanted to feel safe going out and DJing late at night I had to create those spaces where it is possible. If I wanted to be a woman DJ I had to make it easier for women to be DJs. That's why it’s meaningful to be connected to other communities of women doing the same thing, like Femme Electronic East Africa and Pussy Party in South Africa. I just played a cool collective of young women DJs in Frankfurt called Versus."

Tell us about your introduction to electronic music and DJing...

"I actually got involved in organising the festival before I became a DJ, but I started going to the parties and heard so much great music and awesome sets that I guess it got under my skin. When Derek, one of the co-founders, suggested I DJ at one of the parties, I figured why not. I couldn't mix for shit but I put together my tracks and the audience responded so well I've been doing it ever since. I truly believe it would not have happened for me anywhere else but Uganda, where if you make people dance they will forgive you most things." 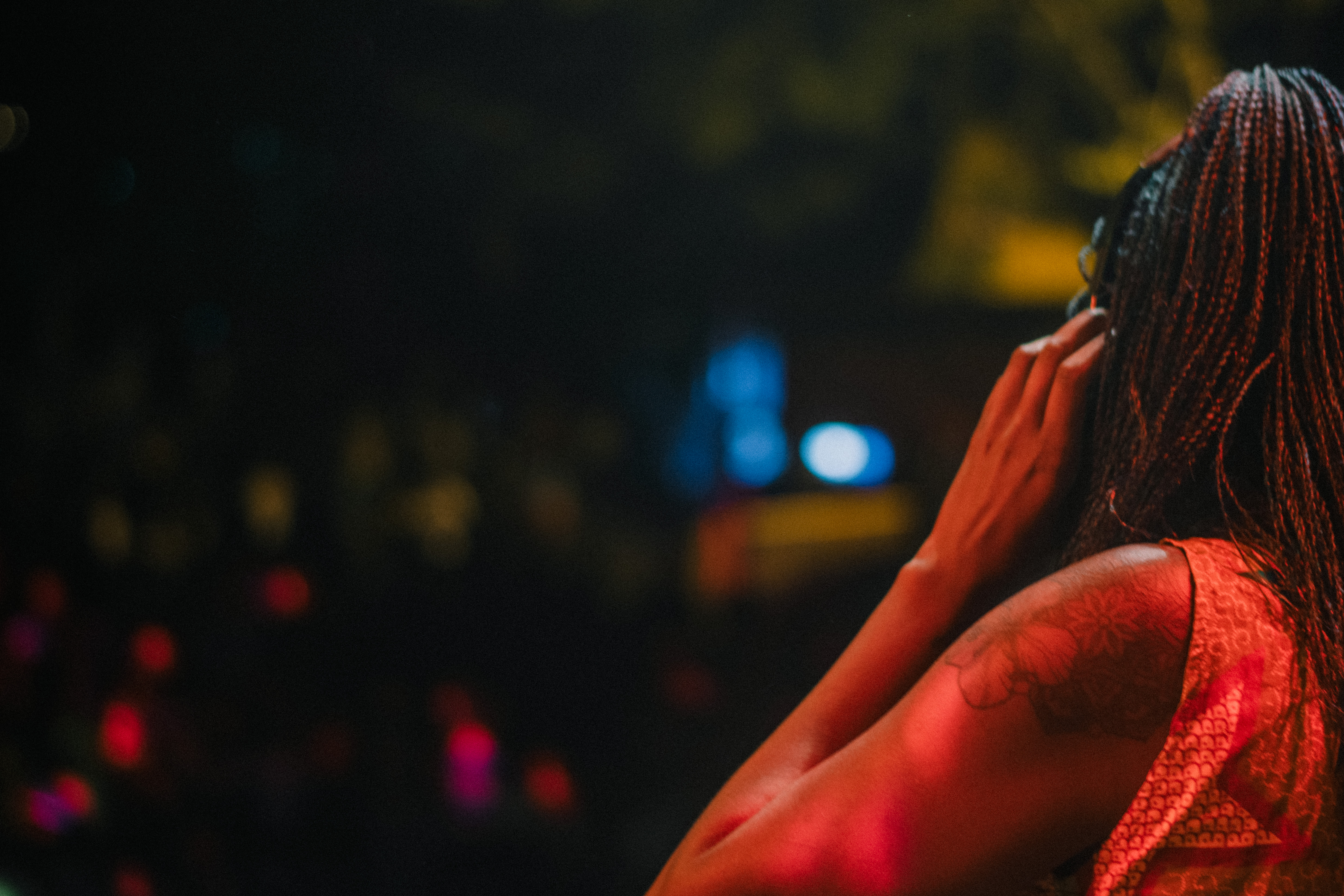 Who are some of the most exciting artists making music in Uganda at the moment? What are some other parties and events you think are worth highlighting?

"I'm excited by producers like Leo P'layeng who are seamlessly melding the electronic and elements that are specific to their cultural heritage to make dancefloor ready music. I also love all the women DJs in Kampala, underground and mainstream; some like DJ Rachael who have been around for decades and other like Hibotep, Catudiosis and Shia le Boof who shut down dancefloors wherever they play."

Anything else we should know? You have some pretty exciting gigs lined up at Unsound, No Bounds and London soon!

"I'm very excited about playing my first Enchufada party this October! I feel like I can trace my current musical journey to one particular Buraka Som Sistema album, the Lisbon scene has been a huge inspiration to me so I can't believe I get to play there!"

Last club you played at?
“La Graviere, Geneva with the Ozadya crew”

What's your proudest moment as an artist?
“When I left the stage at Sonar 2018 and everyone in the crowd wanted to say hi and take selfies”

Tell us a joke...
“FFS, guys I actually have real work to do beyond recycling some asinine humour I stole from the internet for your entertainment... :)”

Get tickets for this year's No Bounds Festival here, featuring Kampire, Volvox, Daniel Avery, Paula Temple and many more...

Want more? Check out our recent Fresh Kicks mixes with The Subdermic and ELLLL