As founder of Almaty's vital DIY club night, ZVUK, and as a formidable DJ in her own right, Nazira has fostered immense change in Kazakhstan’s forward-thinking techno underground. As her influence on the local and global scene flourishes, DJ Mag catches up with the ambitious selector as she delivers an hour of kaleidoscopic techno as part of our Fresh Kicks mix series...

At the forefront of Kazakhstan’s burgeoning underground club scene is Nazira Kassenova. As founder of the vital DIY club night, ZVUK, in the city of Almaty, and as a formidable DJ in her own right, Nazira has, in just three years, fostered immense change in the local sphere, championing forward-thinking sounds and providing platforms and opportunities for eager upstarts.

The past year has seen Nazira’s impact on the local and gloabl scene flourish, enabling her to leave her job in agricultural research and take on music and DJing as her full-time gig. So far, so good – In 2019, her residency with Berlin’s mighty Room 4 Resistance has taken her all over Europe, while her immense mixing style of urgent, kinetic and colourful techno has sent the hallowed dancefloors of Berghain, De School, The White Hotel, Corsica Studios, Tresor and more into suitable rapture.

You’d be forgiven then, for thinking that Kassenova was born on the dancefloor. In reality, however, as she tells DJ Mag, electronic music didn’t find its way into her life for quite some time.

“I actually grew up not in Almaty but in a small town in the south of Kazakhstan called Taraz with a population of 200,000 people,” she says, “It was your average small town with not much to do, there were zero things happening with electronic music. Also, Internet was a luxury when I was growing up, so there was no real chance for me to encounter electronic music. Love for music was always there though. I learned dombra – the Kazakh national instrument – as a child, loved to sing, and listened to any music I could get my hands on –  mostly pop, rock and hip-hop.”

In her late teens, Kassenova got a scholarship to study molecular biology in Scotland and she quickly fell in love with Glasgow’s club scene, spending weekends in Sub Club and immersing herself in the thrilling, propulsive sounds she heard on the dancefloor.

“Scotland is where I went to my first 'real' parties,” Nazira says. “I was amazed by how music had this amazing power to get straight to the heart and spread through your whole body when the place and setting was right. And parties and raves were just those settings. I was also blown away by freedom and acceptance and by people being present at that exact moment, everyone being at their most human, vulnerable and sensitive. And you could just feel something that is hard to describe with words – some kind of power. It still stays the same to me to this day.” 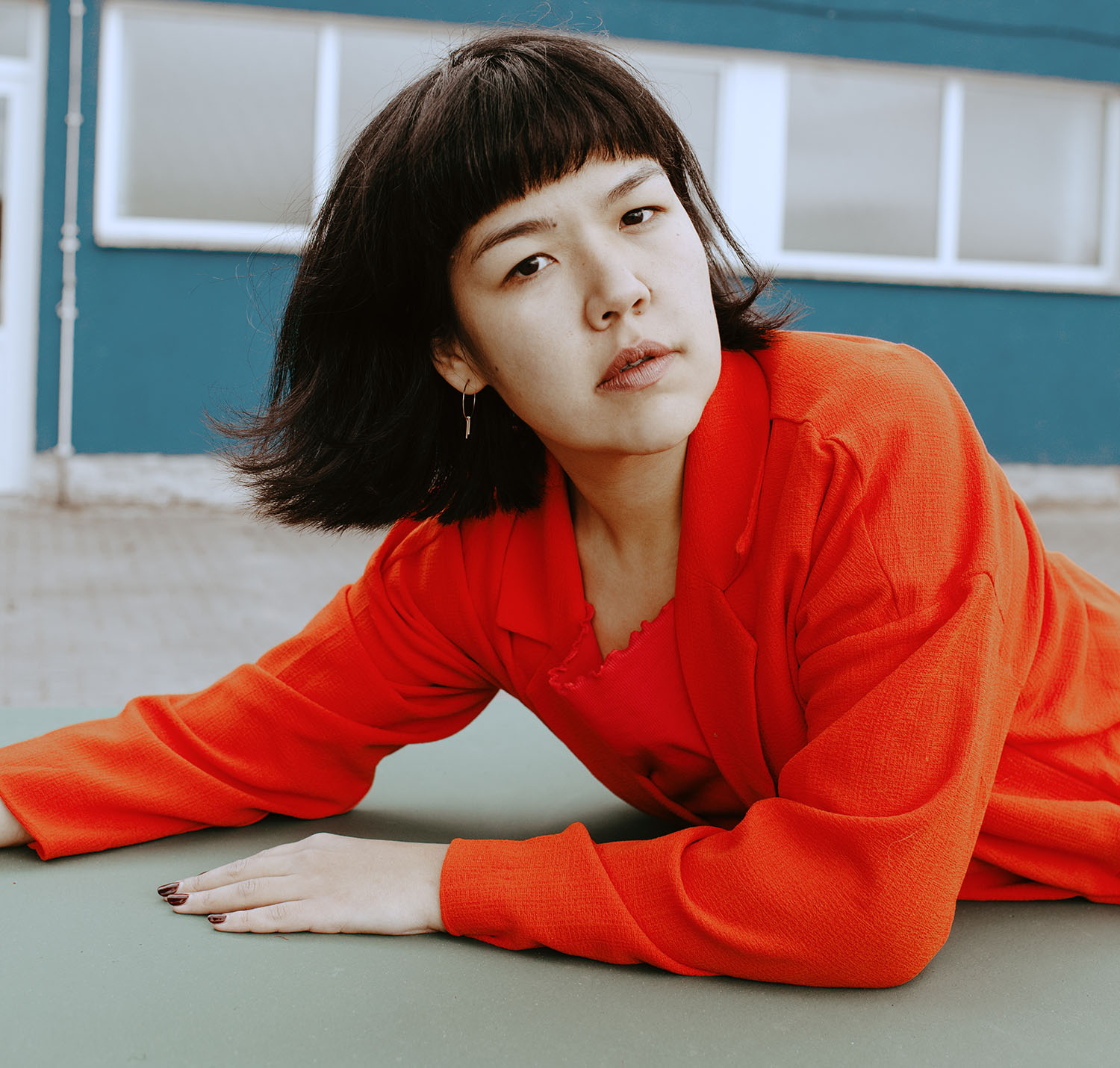 Soon, she was teaching herself to DJ in her room on a small controller she borrowed off a friend. Explaining the sense of intimidation she felt due the “air of ‘coolness’” around DJs, it took Kassenova some time before she had the confidence to play out. It was upon her return to Kazakhstan, to Almaty, that she realised that the city’s underground nightlife needed an overhaul – and that she was just the person to lead the charge.

“When I got back here I realised that there was nothing even remotely similar to what I experienced in Europe,” she explains. “And I wanted people here to hear that music and to experience that atmosphere. So I thought that I have play and to start those parties myself. I first started to DJ outside of my bedroom, then I joined some existing promoters but did not really recognise my ideas and vision in theirs so I started ZVUK three years ago. I am glad that my 'blooming period' as a DJ happened so far away from electronic music main hubs. It was at times frustrating to be so far, but it also let me develop my own voice without being too influenced by the scene around me.”

Through ZVUK, venues for which have ranged from warehouses to a former strip club,  Nazira has brought some of the most exciting acts in the global underground to Almaty, as well as nurturing breakthrough local talent. With an ethos of openness and respect at the party’s core as well as its boundary-breaking music policy, the night has earned a reputation for its electric atmosphere and determined vision for what clubbing in Kazakhstan can be.

“There were two main objectives,” Nazira says of ZVUK. “To bring a challenging and fresh sound, and to create that accepting and free dancefloor where all the differences between people would be left in the outside world. When I was starting ZVUK, the musical landscape in Almaty was really boring, with DJs not really trying to push into new directions. And also the whole atmosphere surrounding the parties was kind of elitist, you had to be cool to be in. I wanted to change that, I wanted to dance to interesting music surrounded by people who respect each other and respect music. 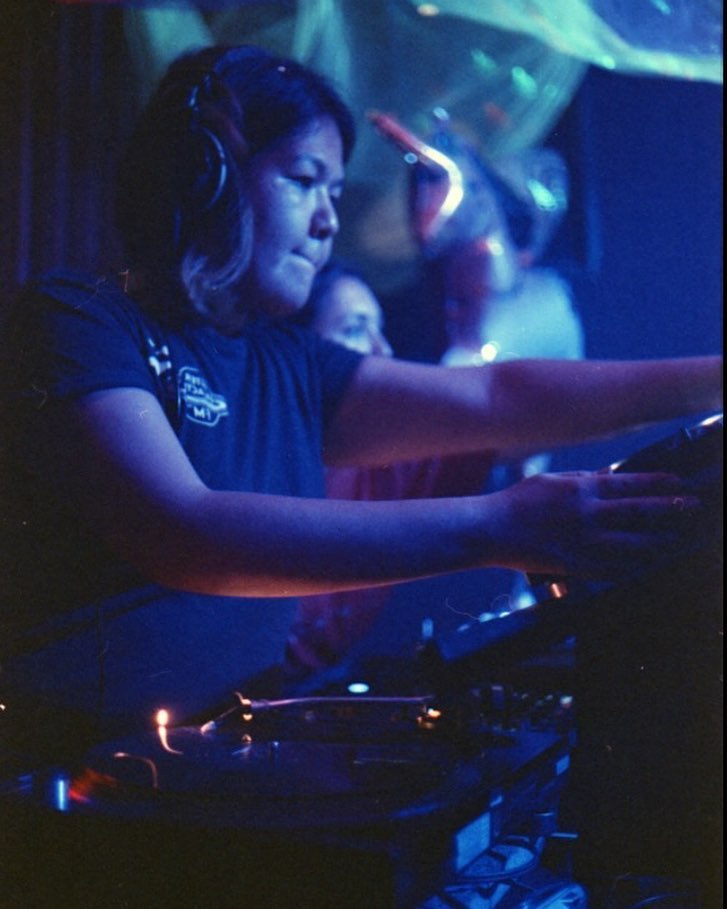 “Since then my vision and ideas became clearer,” she adds. “Little by little, ZVUK has expanded musical horizons in Almaty, first through co-organising Unsound Almaty and then by booking people like Via App, Don't DJ, Giant Swan and Zoë McPherson. Also the idea of having an equal dancefloor really came to fruition, and the crowds I see at ZVUK are truly respectful and involved, you get so much warmth and positivity from them. Another thing that evolved since the beginning was the people involved in organisation. ZVUK was my solo operation in the beginning and it is now a team of six running it. Without those people ZVUK wouldn't be what it is today.”

As Nazira explains, ZVUK has been an inspiration to the city’s clubbing environment, with local DJs often cutting their teeth at the party before going on to start their own, cultivating a healthy scene where young people can experience forward-thinking music in a welcoming setting.

“That's what I think the most important outtake is,” Nazira says. “Bringing exciting artists from abroad is important to inspire people and let them experience something new, but it's far more important to help the locals grow and develop local scene.”

And it’s not just through the party that ZVUK has faciliated that. Through the platform, DJing and production workshops are regularly hosted by Nazira and international guests so that those keen to learn can try their hands with otherwise expensive, inaccessible equipment. “I feel there's so much young energy and potential in Almaty,” Nazira says. “Those people just need to learn instruments to express themselves. And that's what we are trying to do.”

“As for the artists coming out of Kazakhstan I would recommend to check out are E.T. and Aisha,” she tells us. “Aisha is really into rave-y sounds of acid and electro, and E.T. pushing raw, rhythmic and brutal club music.” 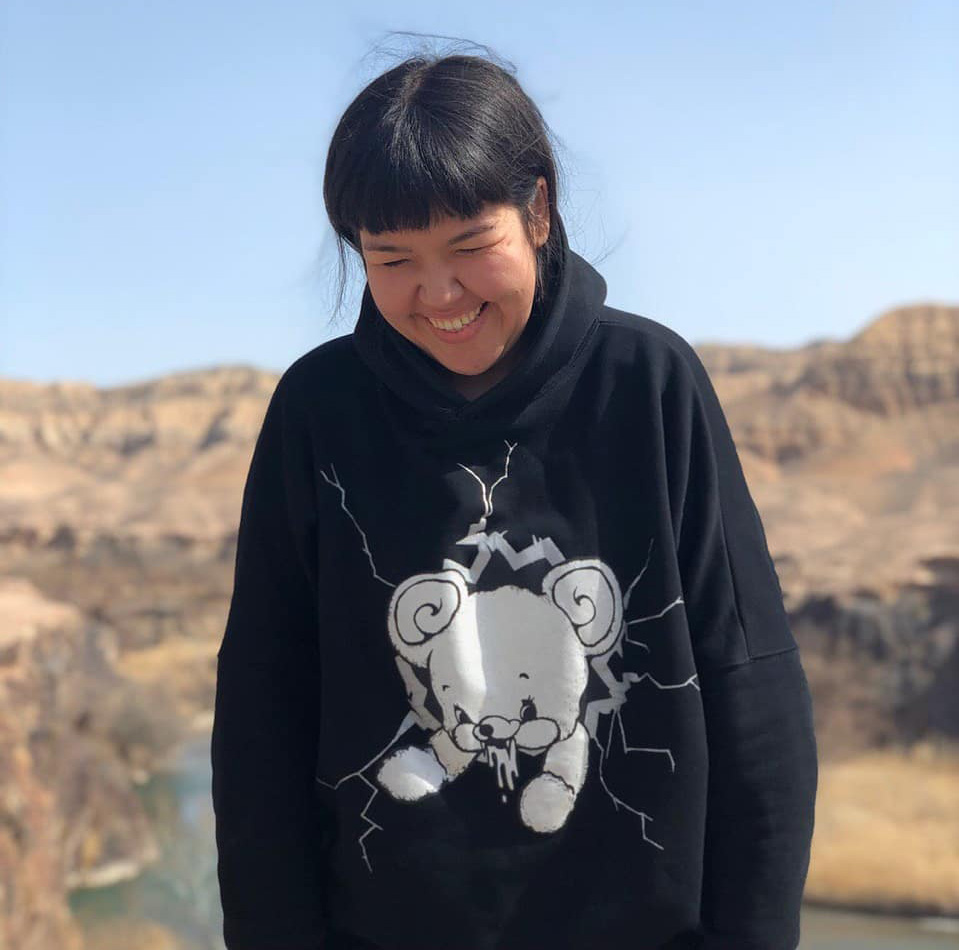 As for the future, Nazira has a busy schedule ahead. As she plans to expand her reach with with yet to be announced tours outside Europe, she is immensely excited to be returning to the inimitable Unsound, Kraków in October, a festival which, in many ways, has led to her being able to take on music as her full-time job.

“Unsound was my first European gig two-and-a-half years ago and it's super emotional to go back,” she says. “I really respect Unsound for their curatorial bravery and desire to discover new artists outside of Europe and North America. I would not be where I am right now if they did not trust an unknown artist from Kazakhstan to play their biggest stage in Hotel Forum.”

Nazira’s Fresh Kicks mix is cathartic and alive, channelling her taste for kaleidoscopic techno that is at once complex and raw. As she explains, this mix is Nazira Kassenova’s reflection on the past few months of her life – a chaotic period which saw her make dramatic changes in her life through self-doubt and trepidation only to come out the other side stronger and more determined than ever, playing standout sets in Berghain and De School.

“Those gigs had truly healing effect, partially because of something I touched upon before - that beautiful energy you have when music is loud and people are free,” she says. “When I was playing music I love so much for these beautiful crowds, I understood even more that that's where I am meant to be and that's what I am meant to do and everything else matters very little. I always put what I feel and who I am when I play or when I record mixes. So with this mix I kind of wanted to reflect on the past couple of months and also capture the energy and selections of my May gigs. Regarding the musical direction I would say it's more on a rave-y side but with time taken to slowly build up towards it, unfold it little by little and lure people in, something I really enjoy doing.”