DJ Mag explores the often overlooked Warsaw club scene, discovering everything from techno to weirdo-pop in the process…

Forget what you think you know about Warsaw because the chances are unless you live there or know someone who does, you’ve been getting the city all wrong.

Long thought of within the western world as a living reminder of the Cold War, Warsaw is, in many ways, as far removed from the image we’re so often presented with in history books, as London is from the industrial revolution, with the fall of the iron curtain enabling its citizens to freely explore the various artistic pursuits that make the city the cultural hub it is today. Thus, when our friends over at Boiler Room told us they’d be concluding their globe-trotting three-date adventure with Ballantine’s and Seth Troxler, by shining a light on what was going on in the somewhat unheralded hotspot for their True Music series, we jumped at the chance to tag along and see what the Polish capital had to offer. 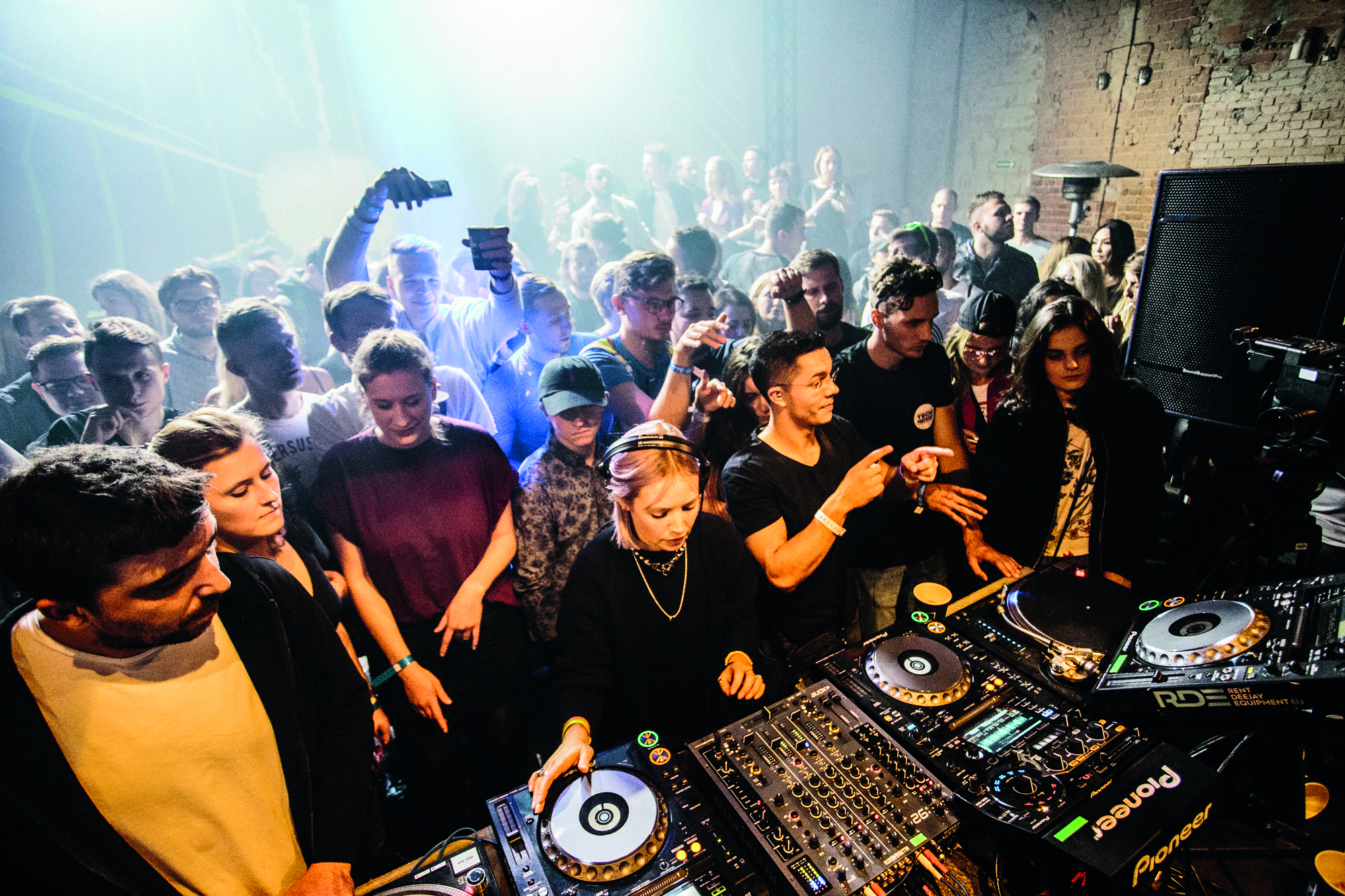 The final part of a triumvirate of shows designed to place three very distinct local scenes under an international lens, Comrade Troxler (as he christened himself for the duration of the trip) has assembled an all-star cast to mix the eclectic sounds of Poland — Catz ‘N Dogz, Brodka and Bartosz Krucynski — with a couple of his favourite acts from outside of the country: Fabric’s resident extraordinaire Craig Richards and ever-shifting Canadian selector B.Traits. The result is a multi-faceted evening of dub powered house and techno — barring Brodka’s madcap pop-enthused live show — to remember, in a Spartan Soviet-era gym hall. 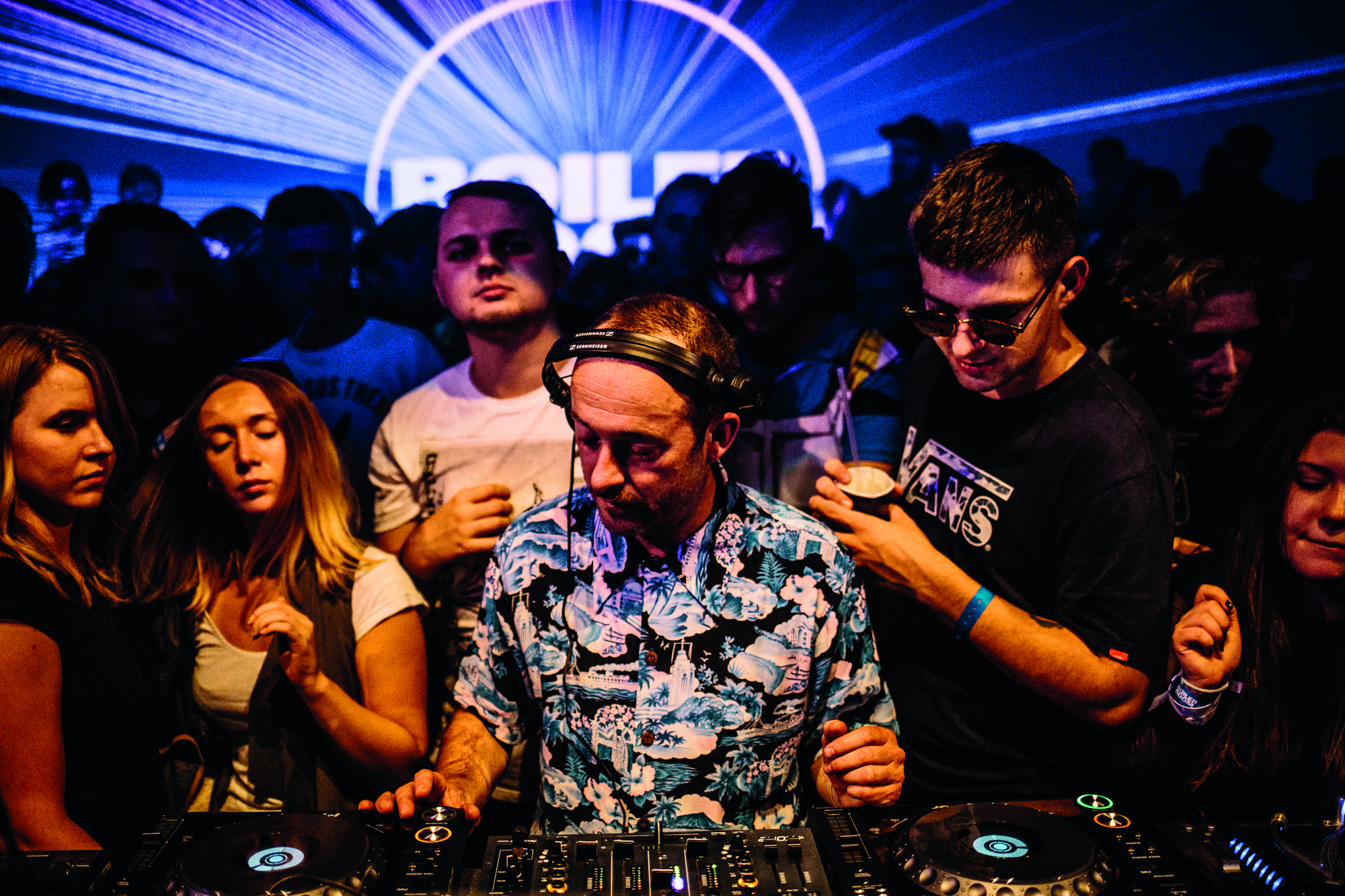 “The problem the Polish scene has, and has always had, is that it is too modest,” says an exasperated looking Grzegorz of Catz ‘N Dogz, and when seeing the amount of local talent on display while record shopping in Warsaw it’s hard not to agree with him. The city certainly feels very much a hive of activity in the same way Manchester does, even if, unlike the rainy city, it’s not often compared to Europe’s other famous post-industrial creative breeding grounds.

“We have always had lots of talent here which we try to showcase via our label Pets Recordings” continues Grzegorz’ production partner, Wojciech, as we walk along cobblestone streets, woven between the pastel-colored buildings of the Old Town. “The problem is that nobody seems to stay! Cities like London and Berlin often drain the brightest talents after they begin to have success here, as in Poland we still judge success by what we achieve internationally.” 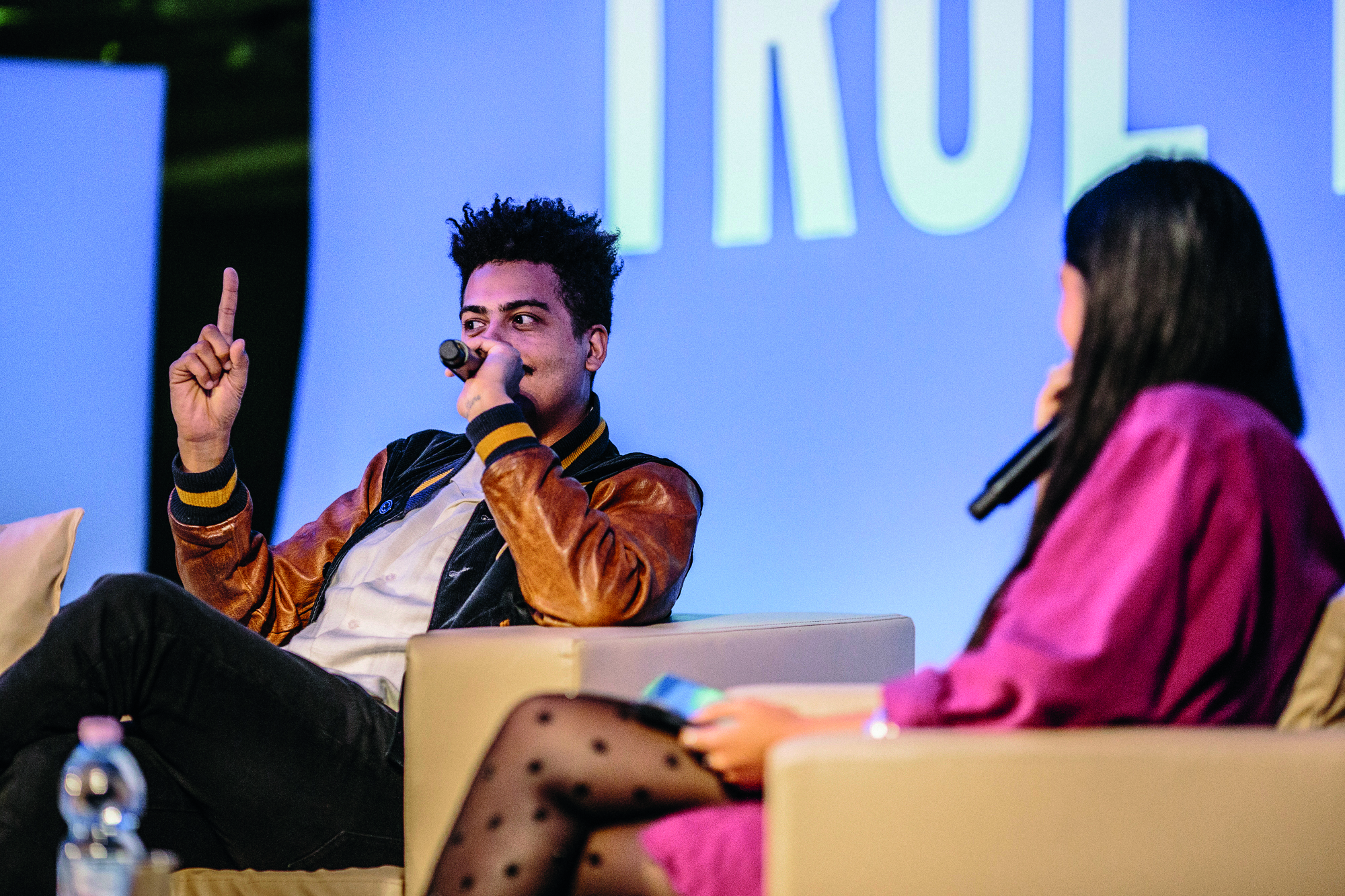 Polish artists feeling the need to spread their wings internationally is a recurring theme of our week in the country, with the topic broached a number of times during Ballantine’s True Music forums. Scene figures debate how to best to retain the distinctive identity of the country’s artists, while allowing them to have a more global appeal. Should more of a focus be given to attracting foreign listeners to listen to Polish artists rather than booking international acts? It’s a balancing act Unsound booker, Gosia Plysa, is keen to keep in check, stating: “It’s important to retain our cultural identity, but at the same time music is about freedom and creativity and that has no boundaries or nationality, so of course we want to make sure we’re open to the sounds of the world. Hopefully our line-ups reflect that and will continue to do so.” 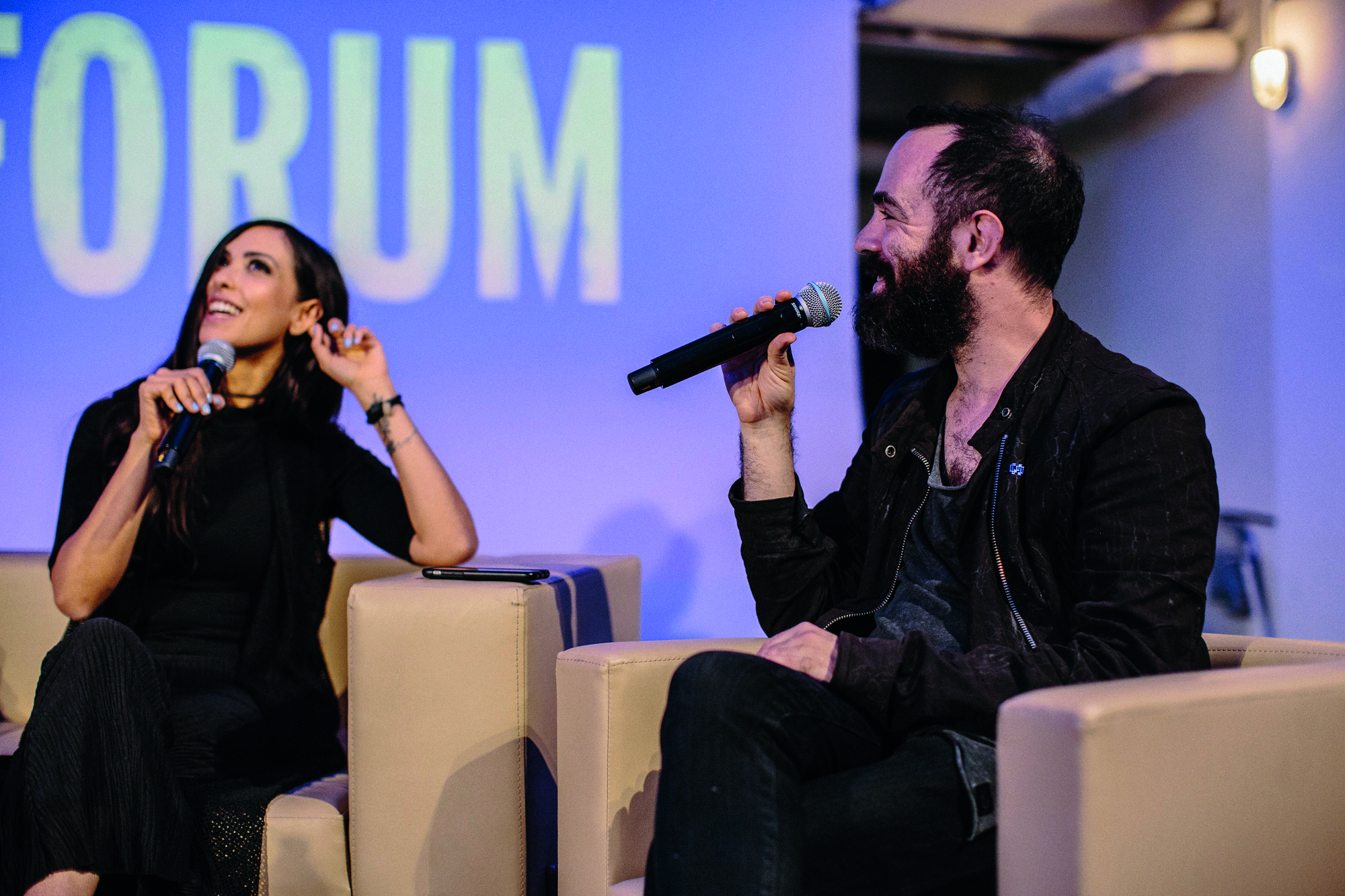 This desire to blend local and international sounds is reflected in the diverse programming of the night ahead. Beginning with the ambient sounds of musical polymath Bartosz Krucynski , it’s clear from the outset that this is to be a session in which normal rules don’t apply, and the artists on display exchange ideas with not only each other but the city itself. Opening with a series of deep live cuts, it’s not long before the producer — also known as one half of Ptaki and as the mastermind behind The Phantom — welcomes us into his aural cocoon, with the receptive crowd shimmying to each and every drifting beat he serves up.

What comes next is a performance the likes of which we’ve never seen on Boiler Room. Having drawn comparisons to Björk and PJ Harvey, Poland’s former Pop Idol winner, Brodka, has forged a fierce reputation within discerning circles for her innovative take on folk-fuelled orchestral pop, and while clearly not for everyone, on this evidence it’s easy to see why the cropped-haired girl from the mountains is causing such a stir amongst critics. Delivering a feast for the eyes as much as the ears with her 12-piece live ensemble, her performance serves as a timely reminder of the diversity of music being explored within Poland in 2017, and serves as a perfect precursor to the arrival of sonic chameleon Craig Richards. 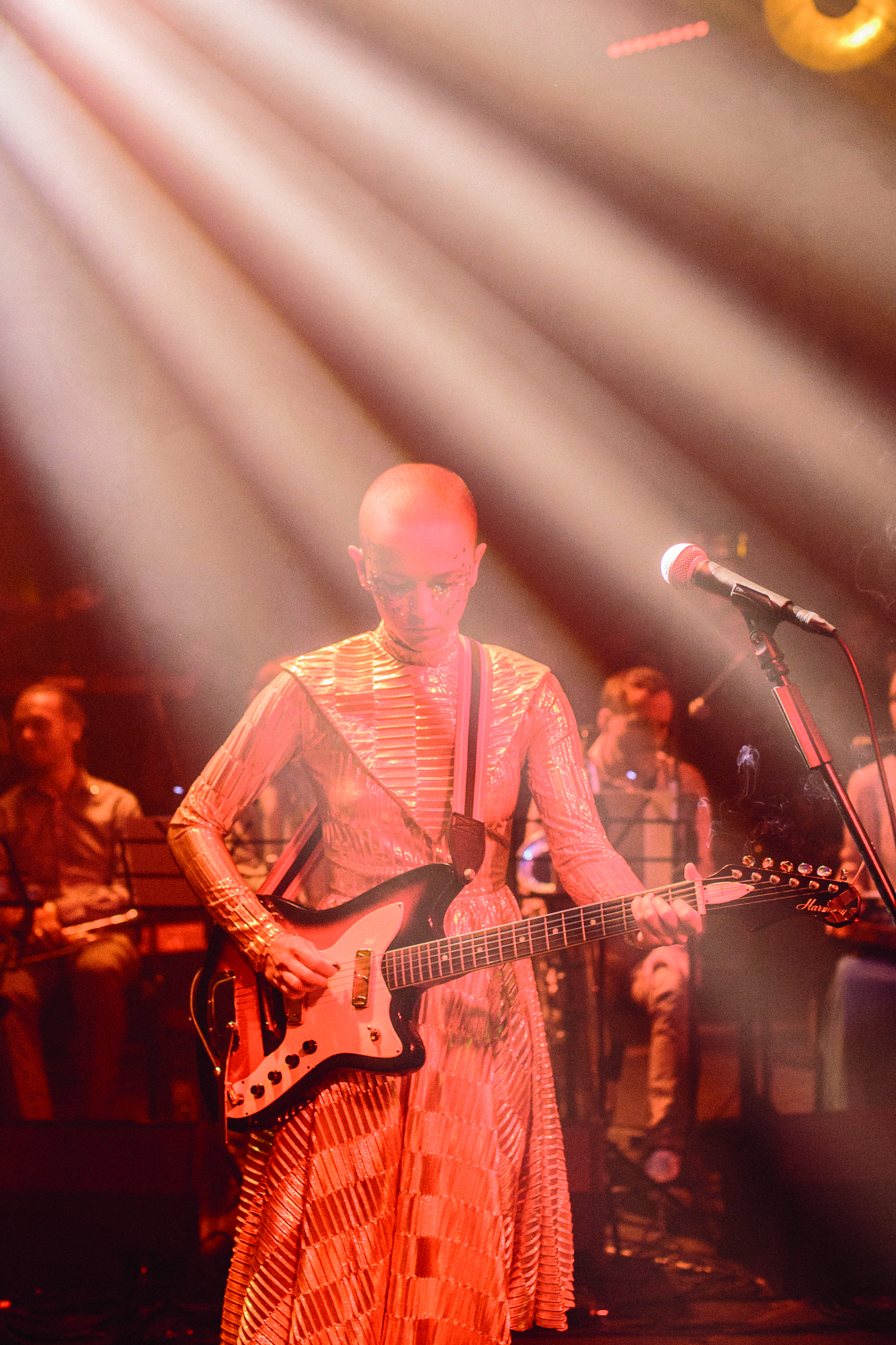 Bringing a taste of London to Poland, the Houghton founder shows just why he continues to still be in such demand after all these years with a wide-ranging set of selections that subtly moves through the gears, pairing classic influences with more contemporary tones to create a sense of groove sadly lacking in many modern sets. 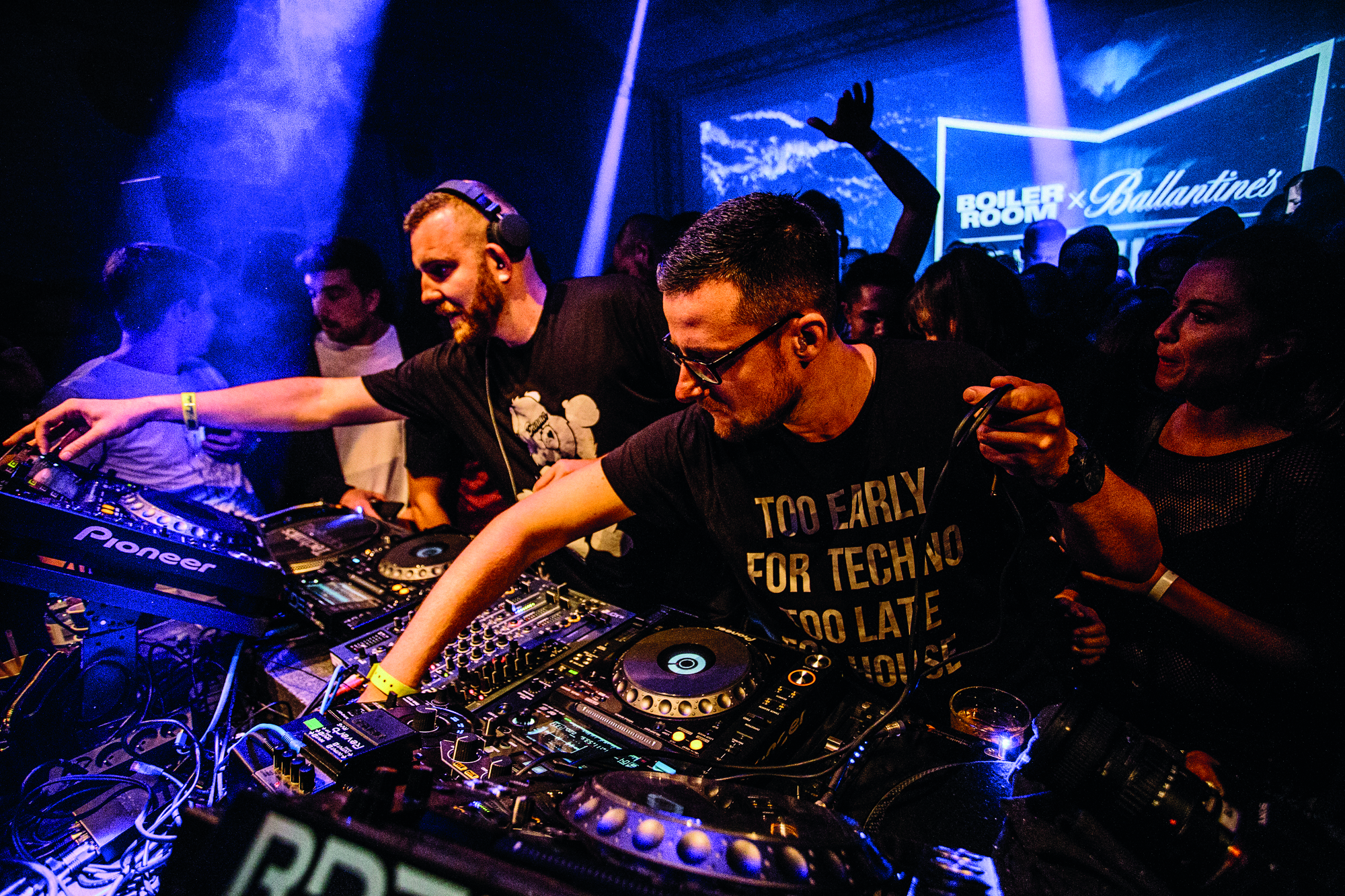 Proceedings then get considerably harder as Catz ‘N Dogz chew through their leash with a number of filter-rattling numbers guaranteed to get the blood pumping. Arguably Poland’s proudest techno exports, their set serves as the spark that lights the touch paper, bringing the heat with a number of full-bodied cuts that raise energy levels on the floor. Beaming throughout, the Szczecin pairing are clearly excited to be both back on Boiler Room and on home turf, roared on by a partisan crowd intent on making the atmosphere as raucous as possible. 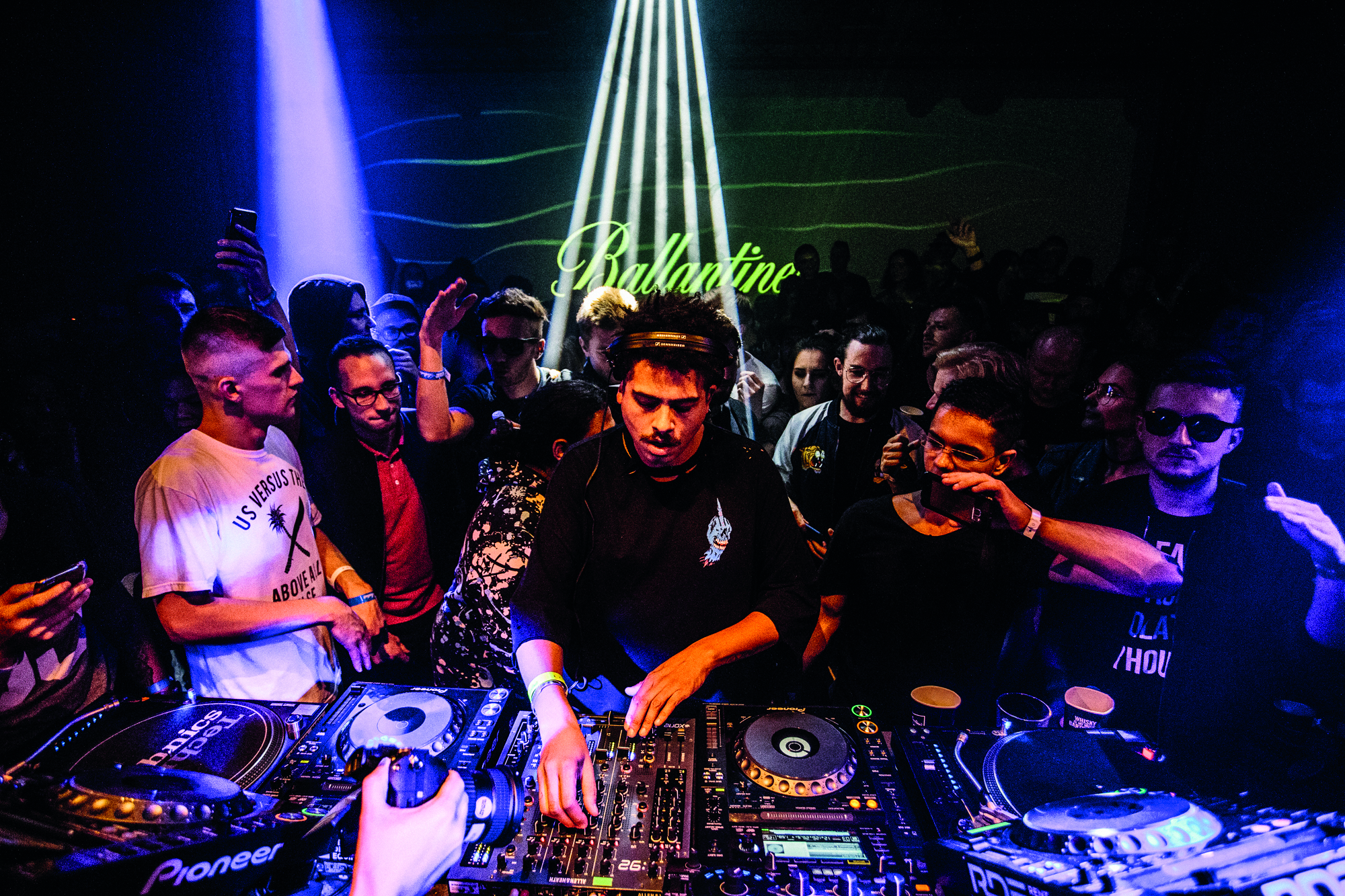 Then comes the moment the crowd have been waiting for: everyone’s favourite engine of carnage, Seth Troxler enters the fray. Having promised to conclude his curatorship with a bang, the Play It, Say It boss is as good as his word, taking us on a globetrotting journey that weaves sounds from each of the three stops on his True Music tour — Salvador, St. Petersburg and Warsaw — into one dub-laced house tapestry. It’s a fantastic, anarchic example of just what Troxler can do on the decks, juxtaposing the forward-facing nature of techno futurism with more tribal sensibilities, to stunning effect. It’s the perfect end to a memorable tour, which, with the addition of a forum, was always guaranteed to be a success. Now we just need another reason to go back to Warsaw and party. Pierogi anyone?