11 emerging artists you need to hear this April | DJMag.com Skip to main content

11 emerging artists you need to hear this April

The latest and greatest DJs and producers rising to the top this month. From hammering techno to trippy deep house, here's April 2019's list of upcoming talent you should be keeping track of... 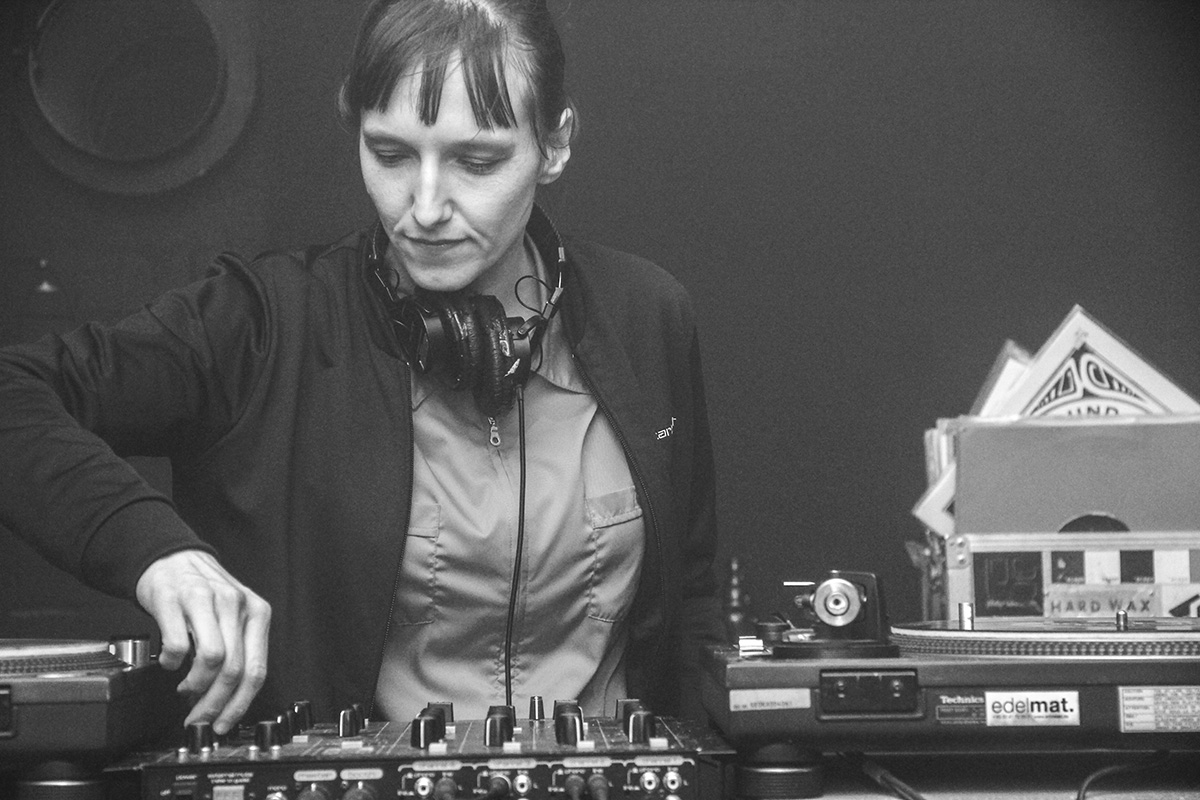 This Munich-raised, Berlin-based polymath has tried her hand at every part of the dance music scene imaginable. In addition to her two-decade-long DJ career, Preisinger has worked as a freelance writer and radio promoter, runs the regular Deep In The Box party at Tresor Berlin, co-founded the label ˜scape with Stefan Betke, and founded another herself, Slices Of Life, which celebrates its tenth anniversary this year. Don’t let her astute business acumen fool you though, Preisinger’s all about working the dancefloor. Though historically a deep house DJ, her palette has expanded over time to touch on techno, tech-house and dub, mesmeric textures and styles determined to lull the crowd into a heads-down-and-dance hypnotism. Her sets and mixes often demonstrate a seamless trajectory, with ravers losing themselves in the stunted hi-hats and warbling bass. 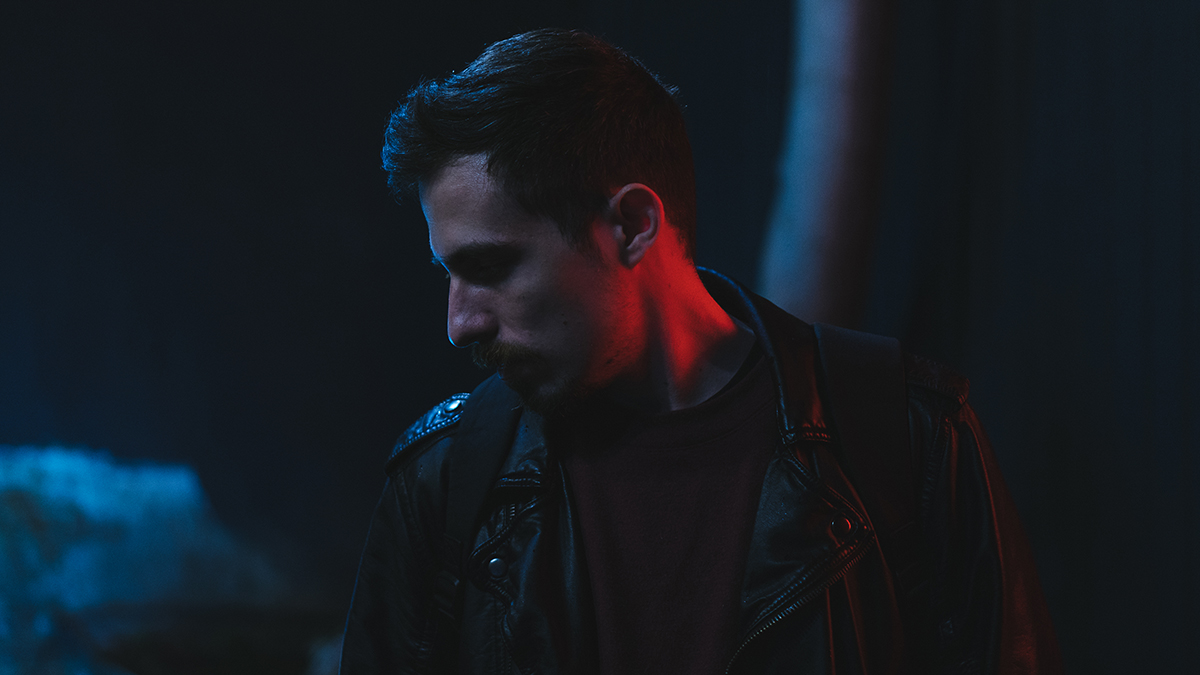 Victor Kiktenko, aka Module One, is an artist displaying influences from a wide range of luminaries, from Goldie and Aphrodite, to Mike Huckaby and Rick Wade. Now residing in Berlin, his roots lie in Novocherkassk, a small industrial town in the south of Russia where he grew up. Amongst a fast-building discography of records is his album ‘Hometown’ from 2017, which navigates myriad genres from ambient and breakbeat to ethereal techno. New projects include collaborative work with his partner Soela, four tracks on French imprint LumièresLaNuit, and an EP on The Bricks in March featuring Tyree Cooper — the latter being supported by the likes of Jus-Ed, Fred P, Cinthie and Kai Alce. He’s just finished a third album which continues on a similar trajectory, veering into experimental; think Boards of Canada crossed with Synkro. It’s the sound of Rostov-on-Don and Berlin via Detroit and London, and although a melting pot of influences he never strays from his trademark deep house soundscapes. 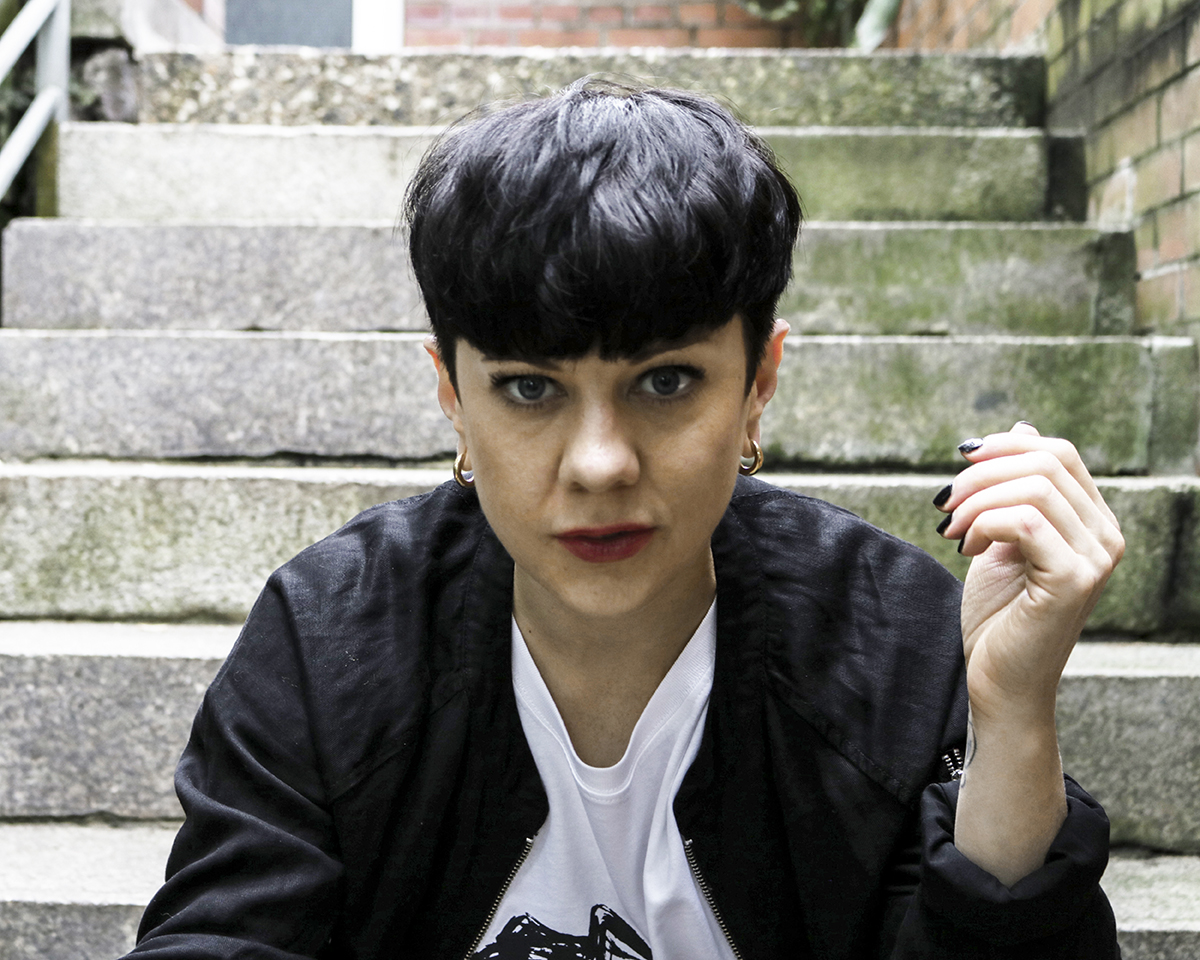 With slap-heavy productions that evoke gloomy, industrial atmospheres, Berlin-based Denise Rabe is taking no prisoners. As well as producing deep, journey-like tracks, Denise has involved herself in all corners of the scene, boasting roles as a label boss, radio host, club promoter and member of equality-championing collective, TFIF. Learning to DJ at 16, Denise began scratching and mixing hip-hop before shifting through the spectrum, dipping her toes into drum & bass, jungle and different variations of house. It was a few years later that she discovered her true territory: techno. She hasn’t turned her head since; Rabe has perfected her sound, crafting hypnotic, minimalist tracks that have been loved not only by fans, but also the scene’s big players. Faceless duo, SHXCXCHCXSH and US spinner Rrose have recognised Denise’s flair, contributing remixes that appeared in her debut release, ‘Penumbra’ and subsequent EP, ‘Oneirology’. 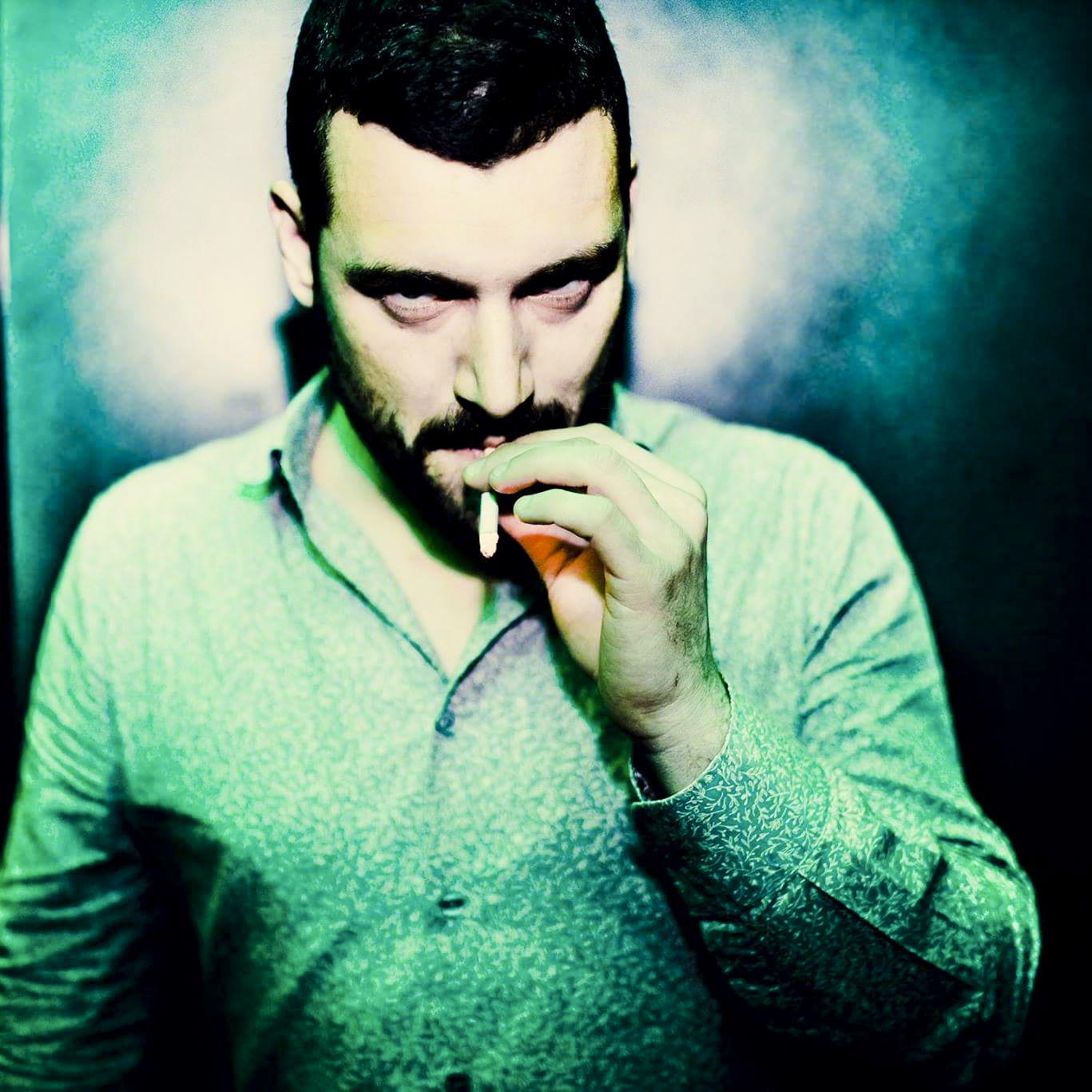 Steve Murphy is the production alias of Venice-based Mattia Favaretto — an artist who’s already made a huge dent on underground dance music with his highly prized releases on Chiwax, Hot Haus, Shall Not Fade and his own Metal Position label. His tracks have a satisfying analogue crunch in their drums, whatever sound he’s making, while his diverse inﬂuences ﬁnd Favaretto dabbling in a variety of genres, all with equal style. His debut album proper for Lobster Theremin, ‘Mira Electronics’, is guaranteed to cause a ruckus, with tracks ranging from the crunchy arpeggiated disco bass of ‘Connessione Europa’ to the melancholy electro of ‘Disappointed’. The title track is a monstrous EBM/Italo hybrid, while ‘Digital Fix Today’ is a gloriously ’80s synthpop ﬂashback with thumping drums and gothic vocals. Favaretto, it seems, can pretty much do it all, and he deserves to go far. 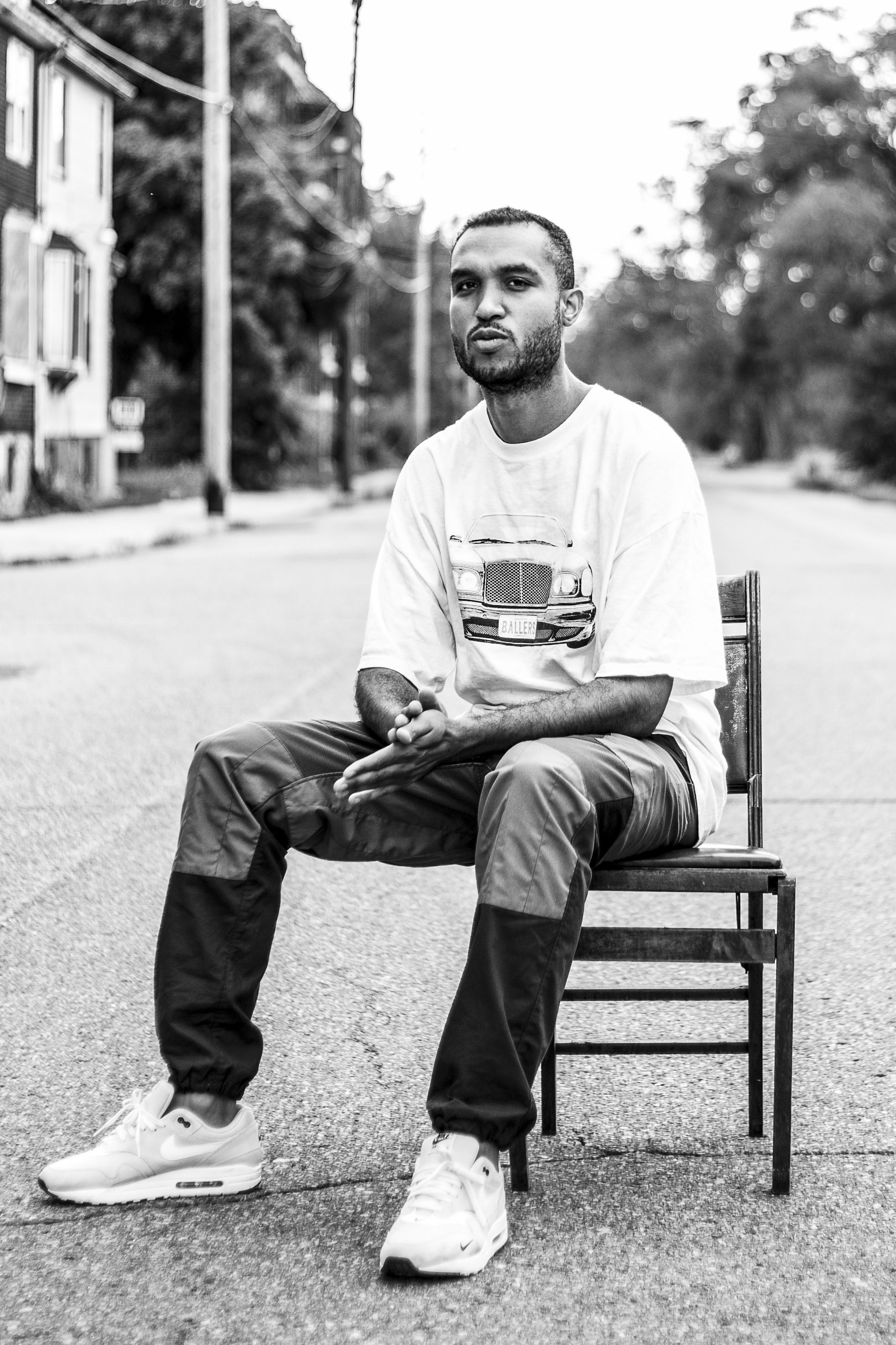 Detroit's Rob Mansel, aka Black Noi$e, has a vibrant modern take on his city’s musical history. Like other Motor City denizens MGUN and DJ Bone, who’ve added outside inﬂuences and new ideas to their house and techno constructions, Mansel’s beats crackle with originality. With releases dating back to 2014, on labels such as World’s Fair, Portage Garage and Bruiser Brigade, his debut album ‘Illusions’ — out at the end of 2018 — was an insight into his diverse inspirations. ‘Ninety6’ was a sampladelic, swung out slab of funk, while ‘Jump Off A Building’ was a sinister surge of synth stabs and four-four beats. ‘Pandemic’ drew from the electro-funk legacy of the 313, while ‘B LVDE  III’ was an abstract vision of trap, nodding to Mansel’s production work for rapper Boldy James. The high point, ‘X Change’ added jazzy pads and an ominous growling bass to its house undercarriage. This year, a wicked, unofﬁcial remix of Warp leftﬁ eld R&B artist Kelela’s ‘The High’ has appeared on his SoundCloud, hinting at more great things to come from a producer on the rise. 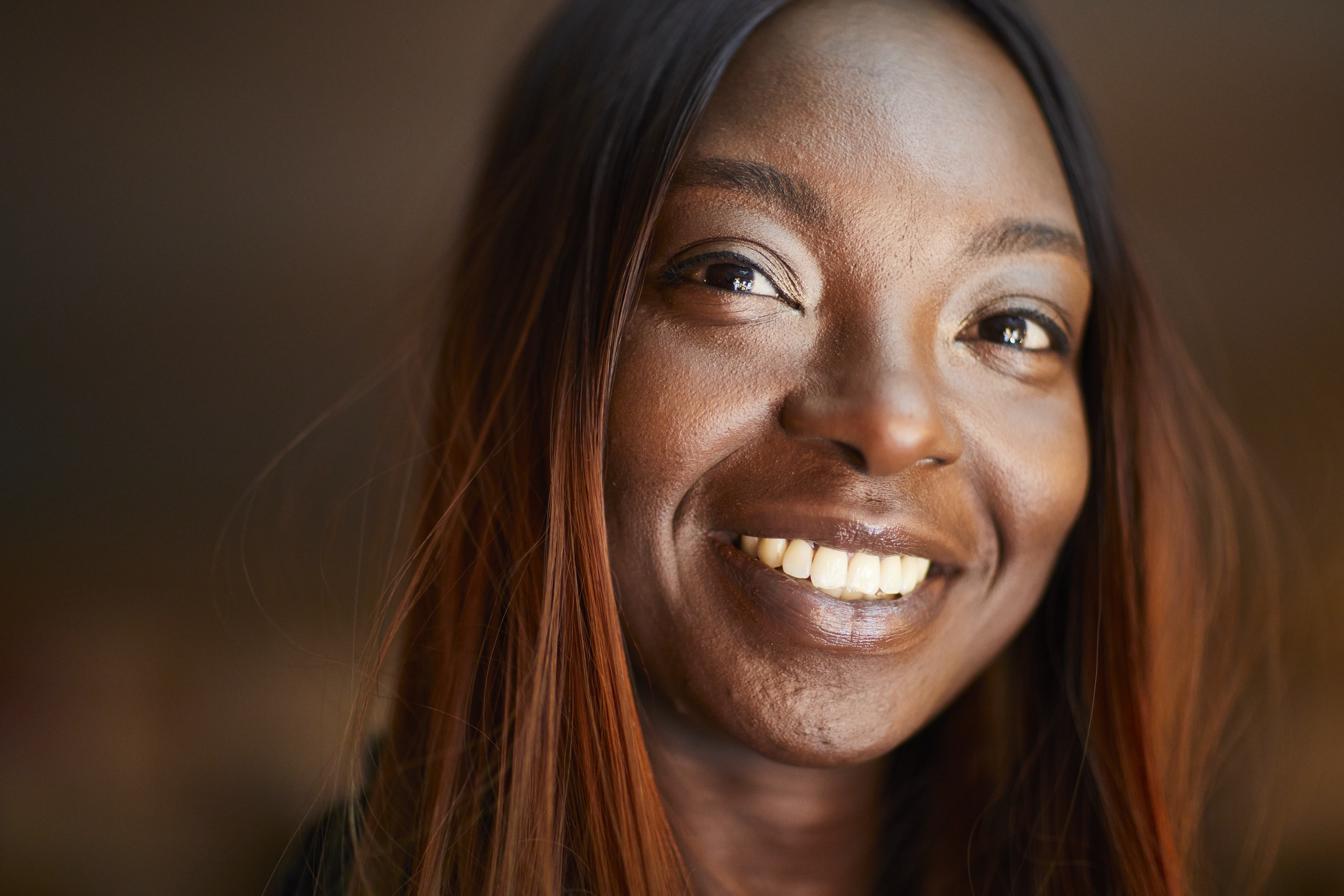 Few DJs can boast that they leapt from playing their first set to Berghain in the space of two years; even fewer can say they first graced a club warming up for techno linchpin Carl Craig. Yet Afrodeutsche, UK-based producer Henrietta Smith-Rolla, is one such DJ. Arriving at electronic music production via synth-pop band Silverclub, it was hearing Detroit pioneers Underground Resistance’s ‘Afrogermanic’ that provided a techno epiphany. Their influence can be found on her recent album, ‘Break Before Make,’ a heartfelt statement that sees synth lines brimming with emotion contrast with darker, murkier timbres. This year, she’ll play out at a clutch of key European festivals, including both Dekmantel and Dimensions. 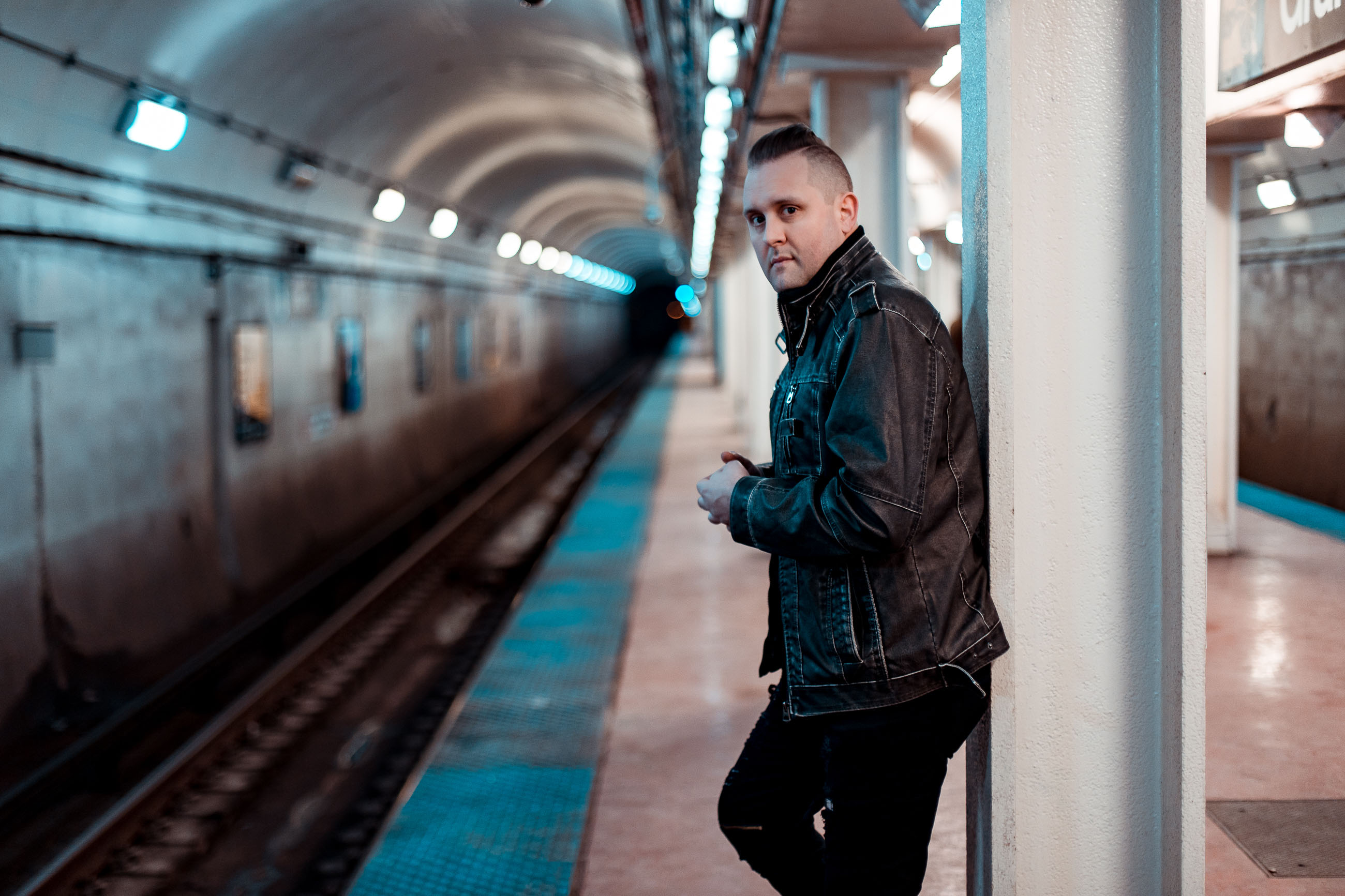 Hailing from dance music’s Midwest home, Daniel Kelly has blown up overnight under his DOGMA alias. In just two years, he has become a force in dubstep, playing alongside Ludacris in Atlanta and with Zeds Dead and Rusko in Chicago, while building a loyal following in clubs across the country. That’s a huge accomplishment for anyone — but especially for a former trader and market strategist who felt like a “zombie” going to work each day, until he discovered dubstep.  With no formal musical training, he took a leap of faith, and in May 2018 released ‘The Fallen’ with fellow Chicagoans ELEVATD, which charted in Beatport’s Dubstep Top 10. He soon followed with the single ‘Mortals,’ which earned support from Barely Alive, Sullivan King, Virtual Riot, and Trollphace. In 2019 Kelly will have his biggest release to date with ‘Psychlone Cannon,’ coming April 5 via Borgore’s label, Buygore. 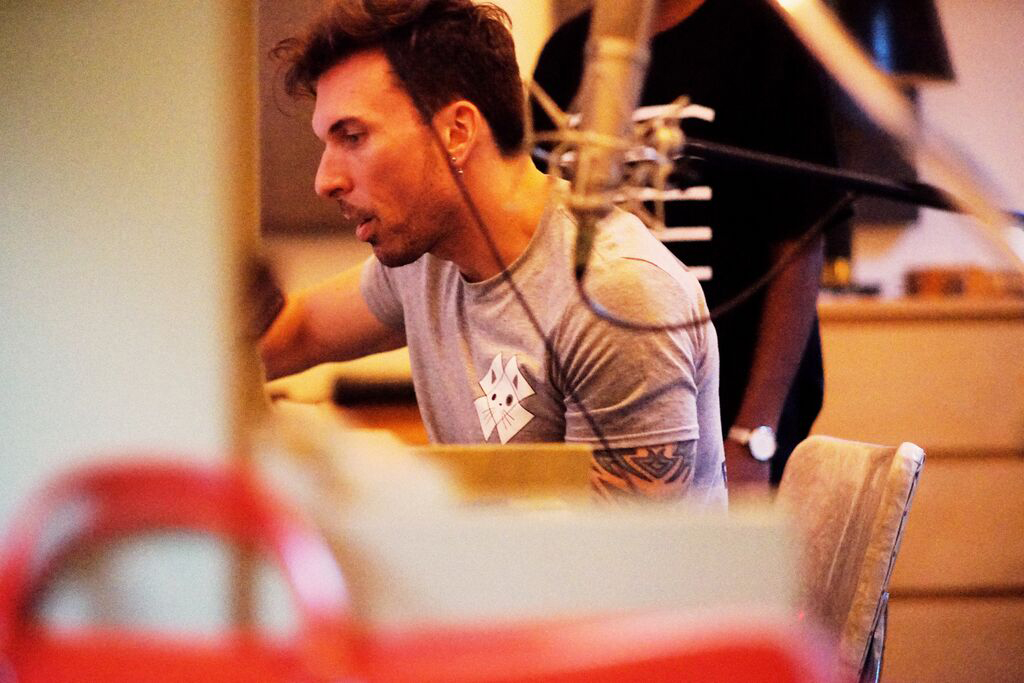 Jamie Kidd has been tearing up international dancefloors as a DJ, producer, bassist and co-founder of renowned underground music collective, Box Of Kittens (based between Toronto and Berlin), known for the sweaty Sunday Afternoon Social parties. His affinity for heavy bass rhythms is heard in his solo productions, and with techno duo Metalogic on Hidden Agenda, Perc Trax, Sleaze Records and Thoughtless Music. Kidd’s music is supported by those he’s shared the stage with: Richie Hawtin, Laurent Garnier, Solomun and Adam Beyer. New releases this year include a solo remix for R&B artist R. Flex and a full EP on Do Right! with his Jazzanova, BBC Radio-charted cosmic disco/electro funk outfit, TUSH, that he runs with vocalist, Kamilah Apong. 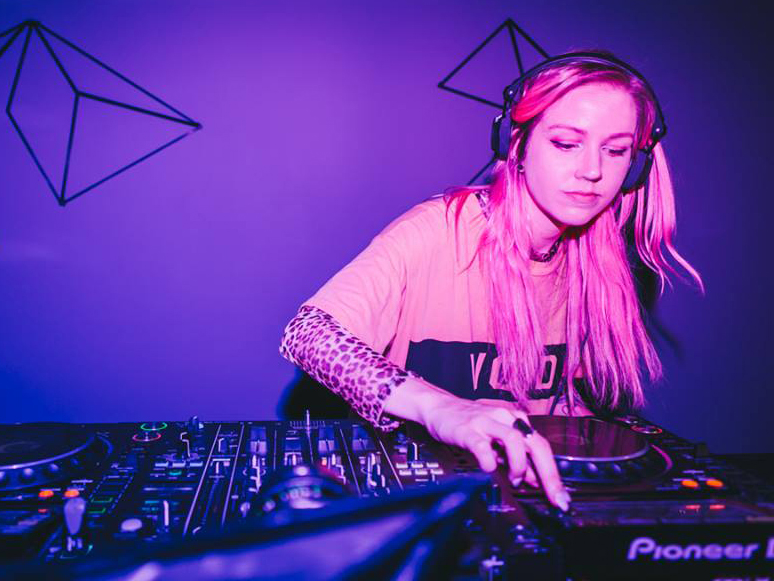 Early gigs at Berlin’s Griessmuehle and Chalet marked the promising beginnings of Oona Dahl’s career. After signing in 2015 with All Day I Dream, the American DJ and producer was soon joining ADID founder Lee Burridge in Mexico for The BPM Festival, Barcelona for Off Week, and eventually at Output in New York and fabric in London. She’s since performed at Boom in Portugal, Australia’s Strawberry Fields, Tomorrowland, and even Burning Man with the Mayan Warrior crew. But Dahl’s brand of cosmic techno and deep house was also forged in the studio. She earned a degree in Recording Arts & Digital Media, and in 2017 released her debut album, ‘Holograma,’ on DJ Three’s Hallucienda. Things look even brighter in 2019 for the NY/Berlin-based Dahl, as she prepares new ventures with San Francisco-based production partner Amber Cox as Slumber. 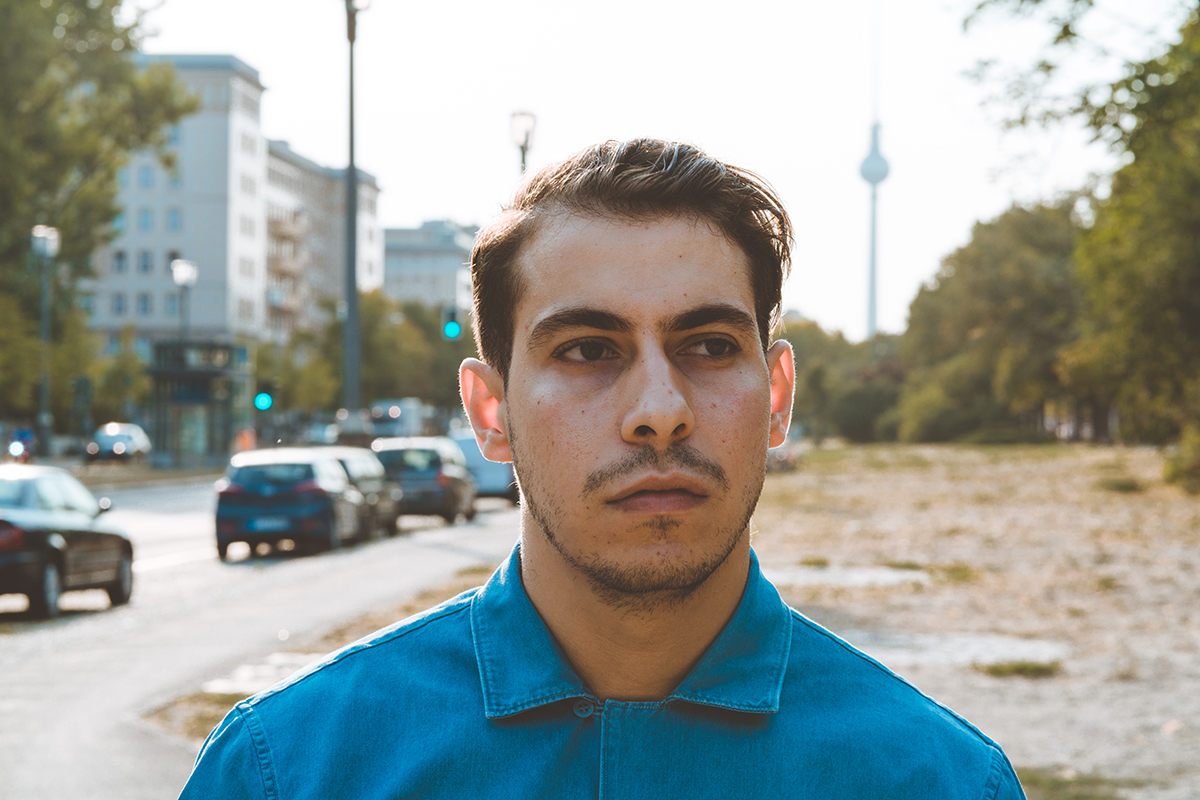 P.leone blossomed as a DJ in his hometown of Brooklyn, where he added his own Derrick May-inspired house and techno flavor to New York’s illustrious scene. After moving to Berlin, his style evolved. In the electronic music capital, he can regularly be found shelling it down in dark spaces alongside Spencer Parker and Radio Slave. After releasing a few sensational EPs with Work Them Records, he joined Rekids and did more of the same. He also co-runs E-MISSIONS which, following the success of ‘1994EVER’, looks set to be a future techno distributing heavyweight. His discography boasts a mixture of groove-infused thumpers, stone-cold heavy hitters, and melodic techno. With a robust backing, and standout ability as both a DJ and producer, 2019 is P.leone’s time to shine. 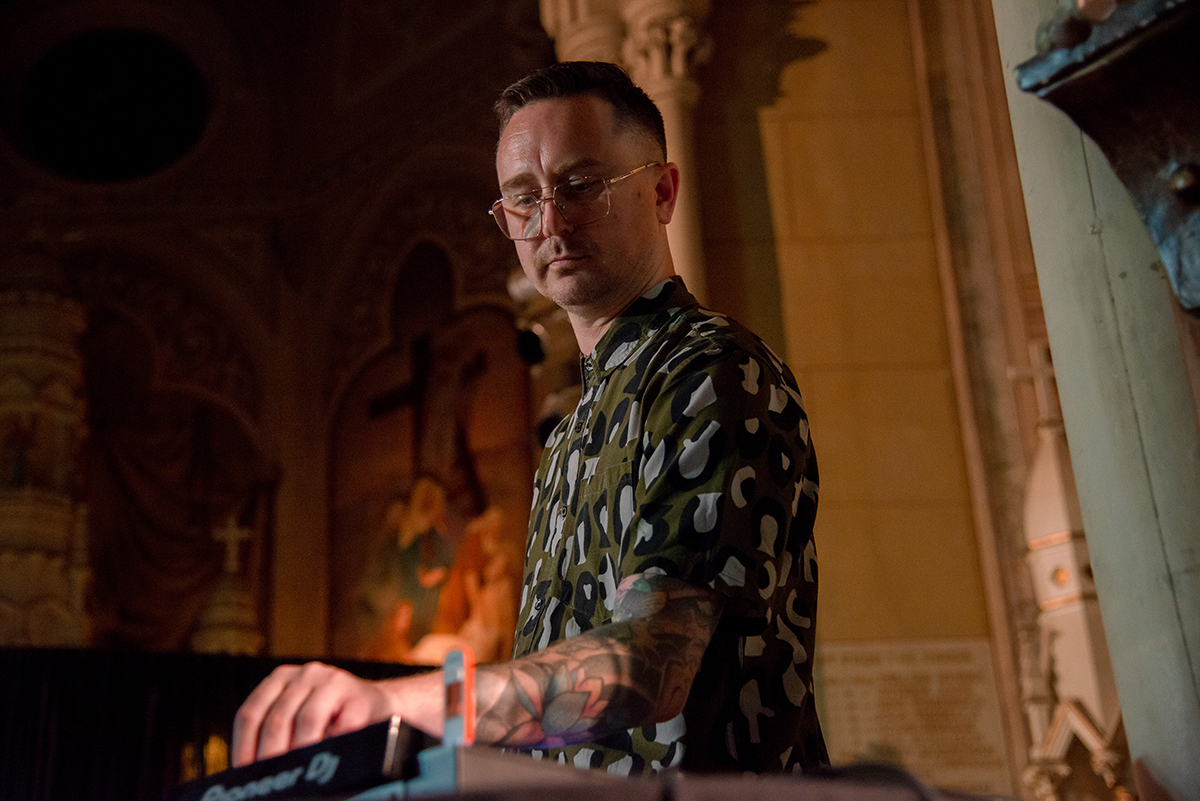 For Canadian DJ, producer and promoter Terence Kissner, 2019 is shaping up to be one of his busiest years yet. After 2018 saw the release of his low down ‘n’ dirty remix of Rennie Foster’s ‘I Still Jack’ and the EP ‘Haji, Osore, Kokai’ on Cuete, Kissner’s minimalist track, ‘Nichibotsu’ (“Nightfall” in Japanese), has been featured on Cuete’s 2019 compilation, out last month, ‘Pichanga’. February debuted Kissner and Giordan Battaglin’s techy, slicing remix of Ali X x Ximena’s ‘The Drop’ on Controlla, under their collaborative moniker, Redaction Genre. If that’s not enough, Kissner is also the prolific graphic designer behind the bubbly BPM logo, label No. 19 Music and CODA nightclub — a Toronto institution, where he recently played a three-hour opening set for Loco Dice.

Check out our emerging artists rundowns from February and March...