Danny Tenaglia's name rightly sends shivers down the spine of anyone who has been front, centre and soaked in sweat during one of his club sets, stomping to attention while jostling for a glance into the booth to watch someone for whom mixing records seems to be as natural as breathing. Whether he’s on for four hours, or 19.

Catching the bug in legendary New York spots like Paradise Garage — where Larry Levan taught him about defying genre labels and creating parties where the world was welcome — a move to Miami in the mid-80s saw Tenaglia bestow an education in house music on the people of Florida at Cheers club before he returned to his hometown five years on, kick-starting a rise to the top that would eventually cement his place in the pantheons of electronic music, not to mention DJ Mag's Hall of Fame.

By no means an easy task, here are 10 moments that defined Danny Tenaglia. There could have been plenty more, and fresh contenders are always impending, for example his appearance at Berghain’s 60-hour New Year's Eve this month. Digressions aside, let's go. 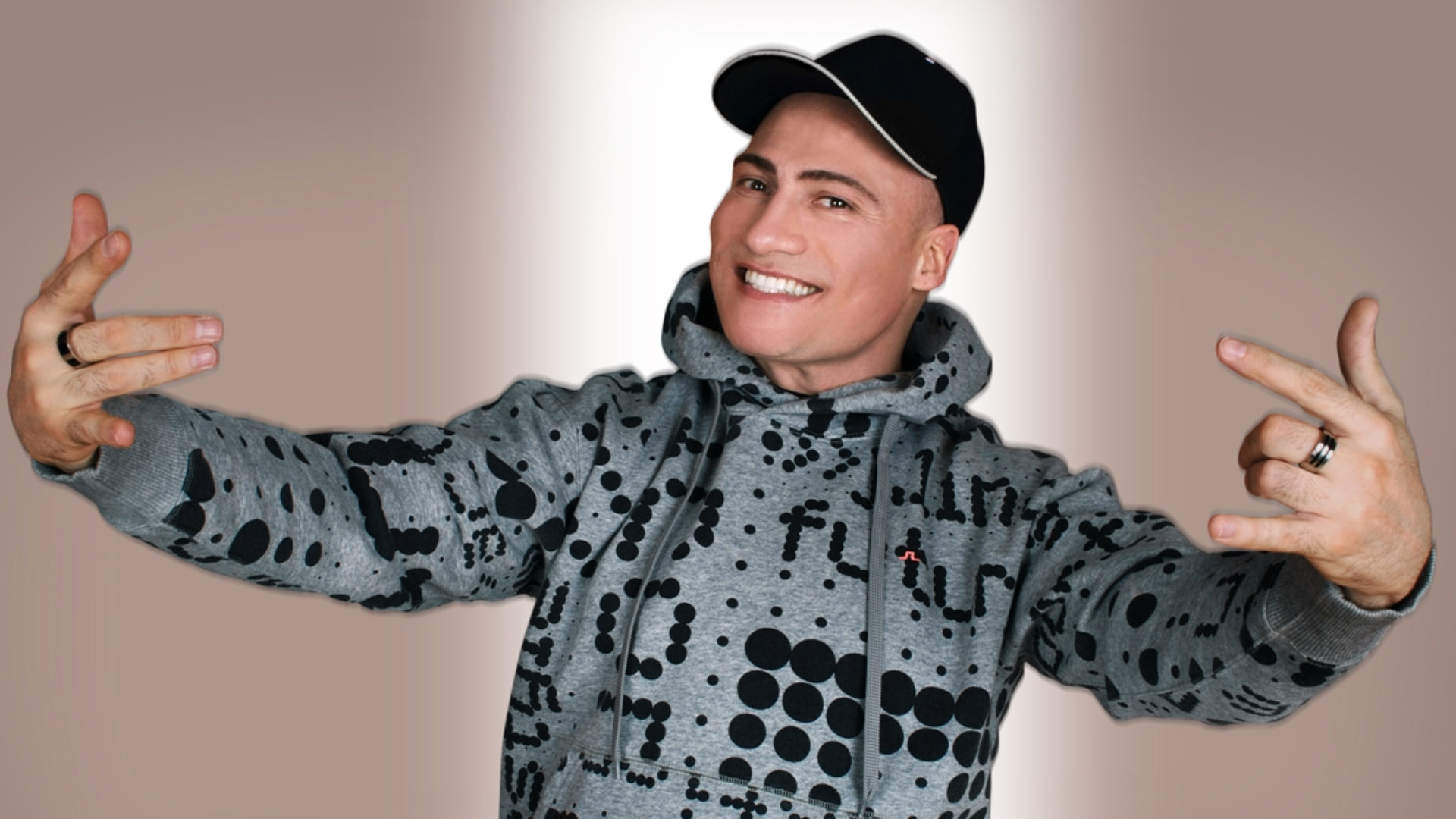 By 1992 Danny Tenaglia was already well established in a New York club scene that owed much to its disco roots, along with the original sound of Chicago out (mid)west. At that time, The Daou were a dance music quintet whose lasting legacy would be the timeless vocals of Vanessa Daou. The outfit only released one album, 'Head Music', in 1992. The lead single was 'Surrender Yourself', for which Tenaglia was reponsible for production on the Ballroom Remix. It hit number one in the US Hot Dance Club Play chart and stayed put for 11 weeks, his first major win.

For many people, this mixed compilation for NYC imprint Tribal Records remains the definitive Tenaglia-on-tape, boasting some of the sexiest segments of house music you're likely to hear. He would follow it a year on with 'Can Your Pussy Do The Dog' (are you sensing a theme here?) on the same label, and then in 1996 with 'Gag Me With A Tune'. This outing beats both of those in our humble opinion. Featuring cuts from the likes of Roy Davis Jr., Junior Vasquez, and React 2 Rhythm, consider this a window into place and time.

After a short spell as resident over at another of the city's hotspots, Roxy, Tenaglia jumped ship to Twilo, which was already renowned for its liberal attitude and notably diverse crowd in comparison with other large NYC clubs. Opening a new chapter in his own history and that of the city's nightlife, alongside main Saturday night man at the address — 'Madonna's favourite', Junior Vasquez — his Friday parties were instrumental in making this one of the planet's most talked about venues.

Less than a decade on the superclub in Chelsea would be closed, despite having outlasted many other victims of then-mayor Rudy Giuliani's 'Quality of Life' campaign (read more about that in this 1996 New York Times  feature), holding onto its cabaret license until 2001. Despite long-since having moved on, Tenaglia would be back to play a week before shut down alongside John Digweed, who, with Sasha, had also been a regular fixture.

While most people probably think of the 1999 remix, Grace's seminal club classic 'Not Over Yet' was an outright anthem Stateside thanks to Tenaglia's take on things, which dropped three years earlier. Accentuating his love for stuff that don't fit into boxes, the broken, almost-tribalistic drums add an exotic edge to proceedings, with clear nods to UK rave in the trance-edged euphoria. A point all the more significant considering that by this stage the man in question had long-been exploring European dancefloor sounds. Geeking out aside, it's a bonafide bomb that you should own.

Although his first full-length studio album, 1995's 'Hard & Soul' was a landmark, and helped define the sound we associate him with, if you're going to pick one Tenaglia LP to include in a list that's already short on space it has to be 'Tourism'. 'Elements', the biggest track from the record, wasn't just a serious workout, it spoke to everyone in earshot thanks to its various ingredients, resulting in something halfway between a real time production lesson and hypnotist session. Made for darkrooms, with its heavy drums and staggering levels of detail, Tenaglia would soon move back to house. He headed to Tunnel; another big room that would eventually suffer the same fate as Twilo.

Although no stranger to European heads, the 'Athens' addition to the UK-based mix series, Global Underground, propelled Tenaglia to the top on this side of the Atlantic. Its chunky, filthy, trippy selections go straight for jugular, feet, and heart, while not forgetting to move hips and shake asses. To quote the original sleeve notes by Dom Phillips: "Sexy, deep, dark house packed full of tracks that carry their guns slung low. No flashy tricks just a boom and a flash and another bassline from disco hell."

Sometimes the only way up is down, at least in terms of numbers. Be Yourself, Tenaglia's soiree at Vinyl, is a case in point. In complete contrast to the cavernous monoliths of Twilo and Tunnel, the room was around 1/4 the size of the latter, had no alcohol license, and was located at 6 Hubert Street, an address that between the 1970s and its demise at the hands of property developers would provide a home to Shelter, NASA, Area, Body & Soul, and Arc. Living up to its name, the party emphasised inclusion, and was inspired by the track 'Be Yourself', which Tenaglia recorded alongside Chicago vocalist Celeda.

The final hurrah at the venue began on a Sunday in April 2004, and ran well into Monday morning. Tenaglia closed the venue for good with his poignant remix of Kings of Tomorrow's 'Finally', an ode to eternal love.

We had to. When the world's leading dance music publication hit the two-decade mark there was only one man for the covermount CD, reflecting the previous 20 years of global electronic music in one beautifully compiled disc of aural gold. Opening on Kim English, stopping off at Todd Terry, Mood II Swing, Silicone Soul, 1 Pascal F.E.O.S., Richie Hawtin, and Davide Squillace, and closing with an exclusive version of 'We Are The People' by Empire of the Sun, if this is on your shelves count yourself very lucky indeed.

A year on and, as Tenaglia put it himself, "I HAVE SEEN THE MOUNTAINTOP [sic] as a DJ." After becoming an Ibiza hero— that Space residency —, winning countless awards for everything from production to party hosting, Grammy nominations (Depeche Mode's 'I Feel Loved'), and casting a spell over thousands of dancers across the world, a Facebook post announced he would be resigning (though notably not retiring) from life behind the booth, in pursuit of something new. You can read the original statement here, in which he implores the reader to 'be yourself'. 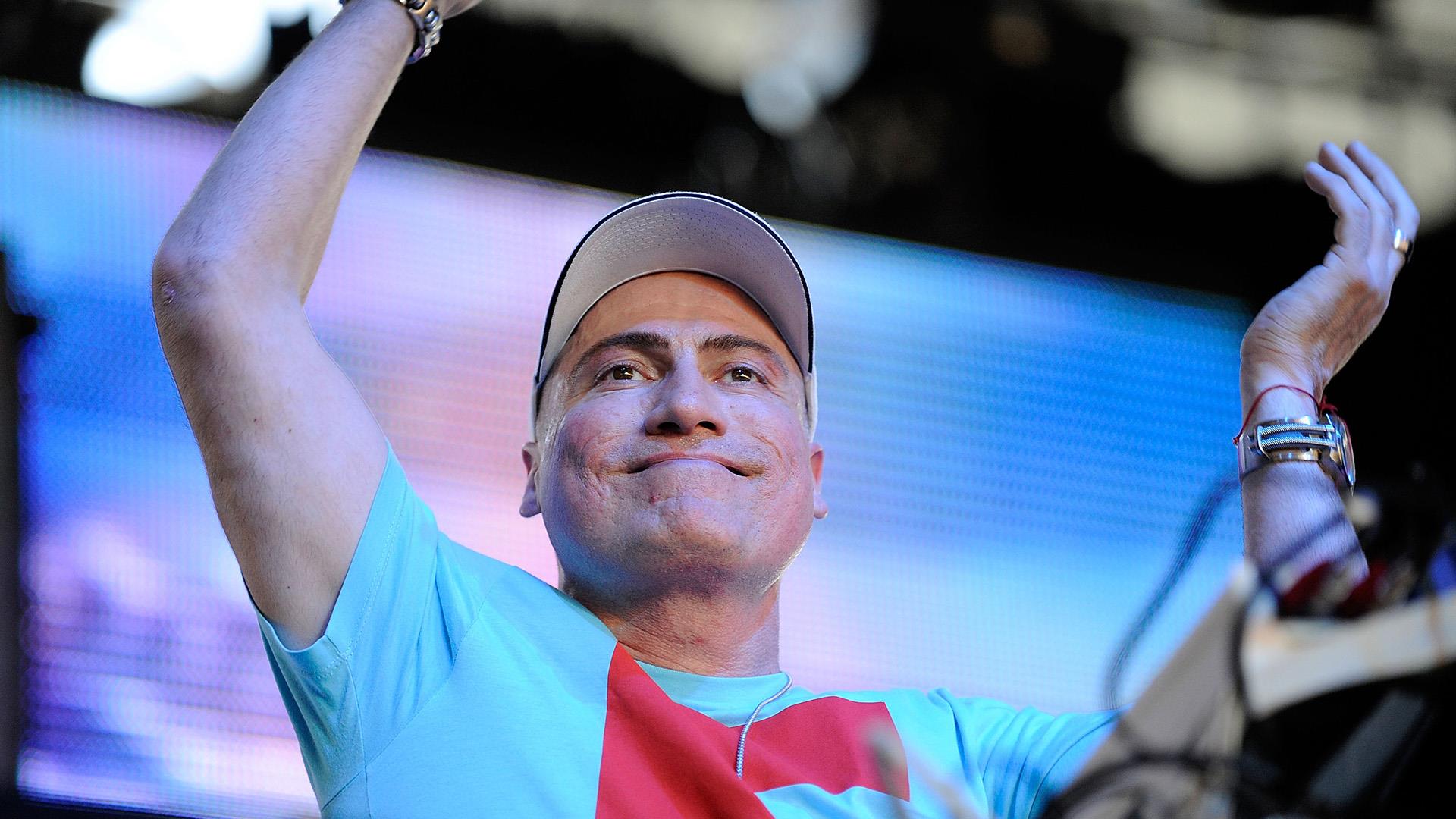 Change is as good as a rest, some say, in this case it seems both were needed. Two years after pulling the plug Tenaglia was back in action, delivering his critically divisive 'Balance 025' mix. Embracing the potential of Traktor — the ‘new’ thing he was presumably looking for — while this addition to his catalogue will never be remembered in the same vein as 'Global Underground: Athens', or indeed the subsequent 'Global Underground: London' (released in 2000), it's still a masterclass in transitions and how to make music truly move. More importantly, it marked the welcome return of a bonafide hero and rare talent whose iconic smile acts as a mirror image of the faces on any floor he ever plays to.

Want more? How about 11 moments that defined fellow Twilo alumni Sasha & John Digweed, or another ten from the equally influential Prodigy?